Located in the hinterland of Qinghai-Tibet Plateau in the north of the Tibet Autonomous Region, Nagqu Prefecture is the sources of some of the greatest rivers of China, the Yangtze River, Nu River, Lhasa River and Yigong River. It borders Xinjiang Uygur Autonomous Region and Qinghai Province, meets Chamdo Prefecture to the east, Lhasa, Nyingchi and Shigatse to the south, and Ngari Prefecture to the west. With a jurisdiction over 10 counties, 1 special administrative region and 114 townships, Nagqu Prefecture has a total population of 390 000 (of which Tibetans accounts for 98% of the population). With an average altitude of more than 4500 meters, the climate of Nagqu is dried and severe cold in general with only half of the oxygen content if compare with that in the sea-level areas. However, it is these snow-covered mountains and wide stretches of the natural grassland that create a field of fortune with abundant resources, such as minerals, floristics and animals, and brings about well-developed stock raising.

History of Nagqu- a location of strategic importance of ancient regimes 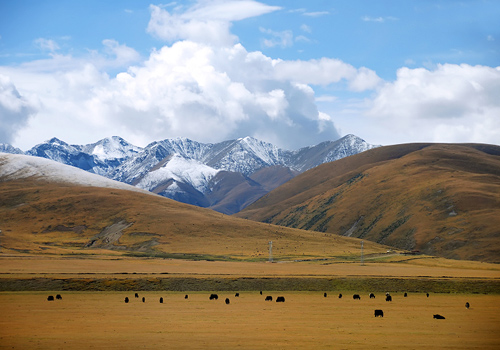 Nagqu, named after the Nagqu River (the upper reaches of the Nu River) in the region, has a verifed history which can be dated back to the middle period of the Paleolithic Age about 10- 50, 000 years ago; while the earliest recorded history of Nagqu is from the ancient Xiangxiong Regime, a strong kingdom in the area with Nagqu being the center existed 1600 years ago. Around 7th century, Nagqu was included in Supi Kingdom (of Qiang Nationality) after the decline of Xiangxiong Regime, and later, it was controlled by Tobo Kingdom, 7th- 9th century, another strong regime in Tibet which rose under the rule of King Songtsen Gampo and had unified the whole Tibet. At the time, Nagqu served as the vital military base of Tobo providing with army provisions and horses. In Tang (618-907) and Song (970-1279) dynasties, it served as the major courier route connecting Central Plain with Tibet.

Nagqu nowadays- a flourishing region of Tibetans with unique landscapes 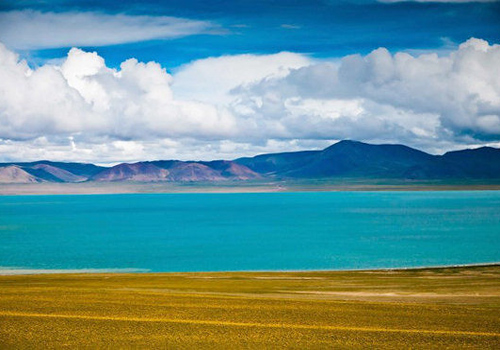 4500 meters higher than the sea level on average, the holistic terrain of Nagqu is inclining from west to the east, offering a better climate than that in the midwest Tibet. It has a unique landscape- the hilliness and basins in the spacious and flat midwestern zones, high mountains and canyons in the eastern zone, and inland lakes and rivers are scattered all over; while the vast grasslands and majestic snow mountains give birth to all highlights of the area, presenting a distinct picture with both beautiful sceneries and colorful ethnic cultures. It is a glory of a place leads greatness to the people, the time-honored history and the featured Tibetan culture. Inhabited mostly by Tibetans, the Horse racing Art Festival of Nagqu is a grandiose gathering in Tibet held every year in August. It is of most national characteristics, gathering Tibetan songs and dances, horse racing, traditional ethnic sports, dressing performances, folk customs, religion cultures and economy and trade.