Lanzhou is the capital city of the Gansu Province, lying at the very center of China. Its particular location makes it a pivotal transportation hub between western and eastern cities. Namely, the city of Lanzhou is renowned for its past history as a corridor to the Silk Road camel caravans. It enjoys a temperate, semi-arid climate and is crossed by the famous Yellow River, China's second-longest river (after the Yangtze River) where travelers can appreciate the magnificence of the "Cradle of Chinese Civilization". This rich history and situation within mainland China provides the city with lots of touristy sites that may attract travelers on their tour to China. Recognized as one of the mainland Province with the largest Muslim minority, Lanzhou transports travelers in another view of China. 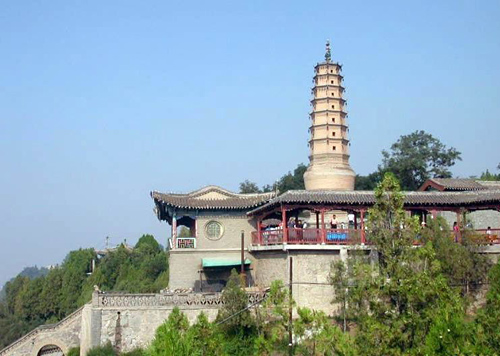 Since ancient times, the city of Lanzhou has been a vital point and corridor on the Silk Road and the Yellow River, where all early Chinese Civilization begun. By now, historians can trace its history back to the feudal state of Qin (778 BC-207 BC), one of China's dominant superpowers of the Seven Warring States that united the country under its rule in 221 BC, and mostly known today as the Qin Dynasty. Lanzhou undertook several changes of power and name during its past: known as "Yunwu" or the "Golden City" during the Han Dynasty (206 BC-220 AD), ruled by the Tibetan Empire in 763 and the Mongol Empire after 1235... Lanzhou faced many historical changes that made its fame as an historical city. Major center of Soviet influence in the 1920s-1930s, the city was recognized as a supplying route for Xi'an's area. Unfortunately, everything didn't get that smoothly for this central city. Japanese troops invaded China in 1937 couldn't capture the city, but large-scale bombing made a lot of damages and are a reason for Lanzhou's quick re-building like a typical urban Chinese city after World War II. Since 1949 then, Lanzhou is known as a major industrial city ranking as the 134th Chinese richest city among 659. 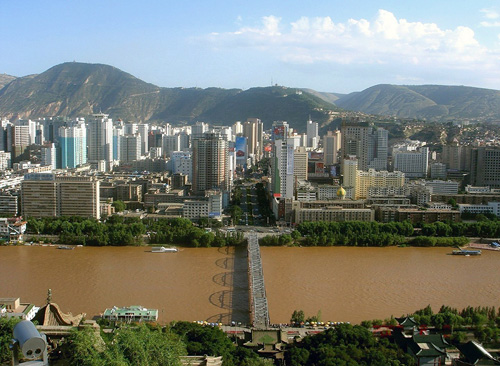 While traveling to Lanzhou, you may be surprised by the beautiful scenic pictures that display in front of you. Lanzhou is famous for being the city where the Yellow River runs from west to east, and as a consequence is the place where to see the amazing First Bridge over the Yellow River (Zhongshan Bridge). The city is divided into 8 districts among which the Anning District where lies the Dongfanghong Square, famous for its shopping areas and entertainment activities. As in every single Chinese city, Lanzhou flourishes with parks such as the Yellow River Bank Park, Yan Tan Park or the Shifogou National Park. But the most important experiences of Lanzhou lie in the White Pagoda Hill and park built during the Yuan Dynasty from where travelers can have good views of the whole city. The ancient Taoist White Cloud Temple and the Bingling Thousand Buddha Caves are also some of Lanzhou's must-see scenic spots where you can still find some hints of the city's ancient past. Museum, natural scenery landscapes, historical sites…Lanzhou is just a place where to stop while on a tour to central China. 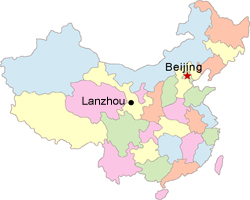