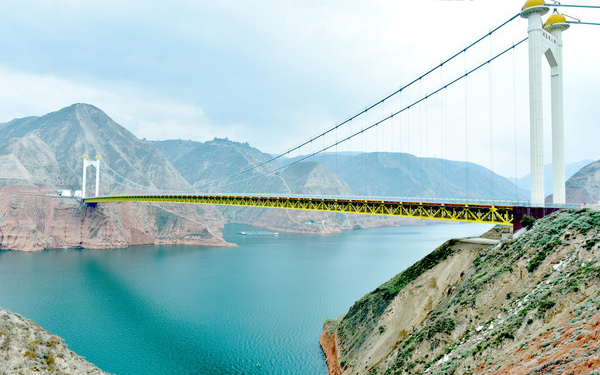 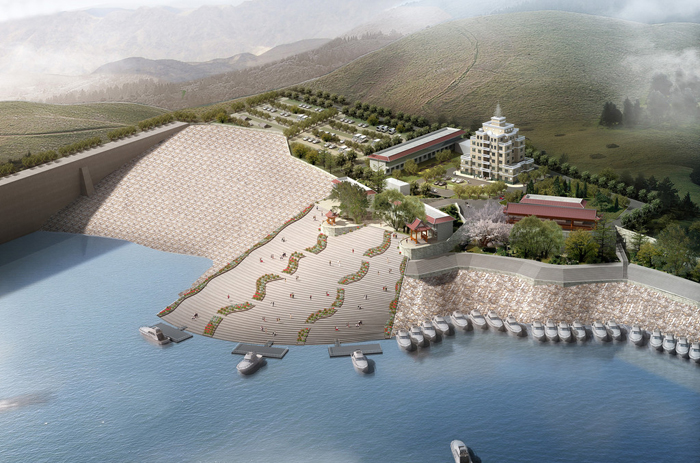 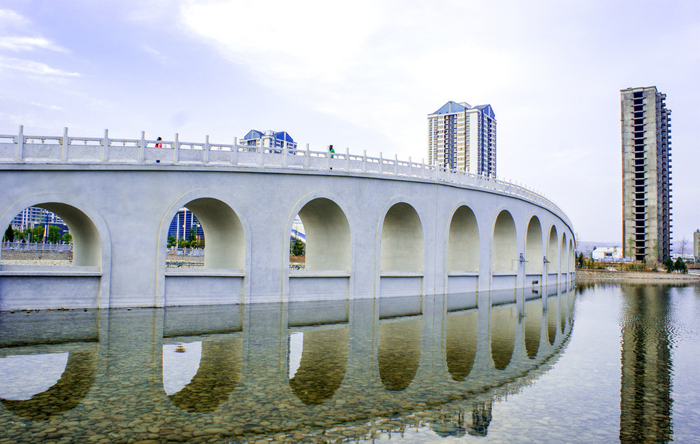 Chinese name: 刘家峡 (Liu Jia Xia)
Location: in the southwest Yongjing County, 80 kilometres away from Lanzhou, Gansu province.
Admission fee: 110 yuan for yacht and 50 yuan for Bingling Grottoes.
Opening time: 08:00-18:00.
How to get there: - By bus from Lanzhou Xi bus station to reach Liujiaxia Dam, it takes you about two hours.
Best time to visit: May to October.

Situated in the Yongjing county of Gansu province, Liujia Gorge is the large water-power engineering project of the first five-year plan. Completed in the year of 1974, it is the seventh step hydro-electric station, with multifunction such as generating electricity, controlling flood, breeding aquatics, irrigating, shipping, and travelling, and became the largest pivotal project of water conservancy an electric power, thus enjoying the reputation as the pearl on the Yellow River. Covering a water area of 130 plus square kilometers, Liujia Gorge stretches from southwest to northwest. The dam is 147 metres high, 840 metres long, on whose right side there is a spillway 700 metres long and 80 metres wide. 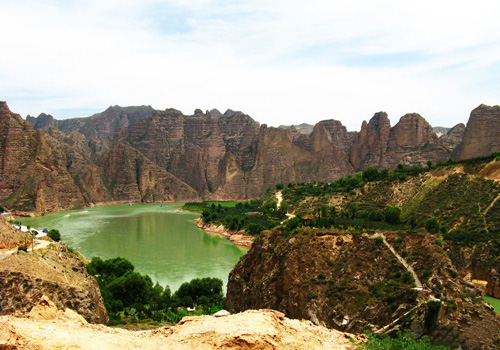 Located in the gorge, the reservoir is known as the pearl of loess plateau with spectacular scenery. Various ships are available to drive visitors to the southwest end where Bingling Grottoes is in sight. Generally, it takes you about two to three hours.

When the best season arrives, namely August and September, the climate is agreeable, the sky is high, and the clouds are pale. Yellow River flowing westward is surely a magnificent scene, in that when Yellow River is falling down as if from the heaven, it makes a sharp turn at Liujia Gorge, before running to the west. In the flood season of the hydro-electric station, flood discharges, and Yellow River looks like a lion cooped up, breaks the gate, and roaring along the way. White sprays shoot straight into the sky. At sight of the thrilling, you cannot help acclaiming! Touring around Liujia Gorge by boat, you can always find grotesque rocks flaked on either side and its beauty varies from time to time. At the end of the reservoir is the junction of Tao River and the main stream of Yellow River. Seen from afar, a line is drawn between the bluish hue and the golden hue, the reason for which is that the waters are from different origins. Tao River comes from Qing Mountain of southern Gansu, while the main stream runs from the loess plateau. Looking back, you will shock at the sapphire water, loess mountains and emerald sky. 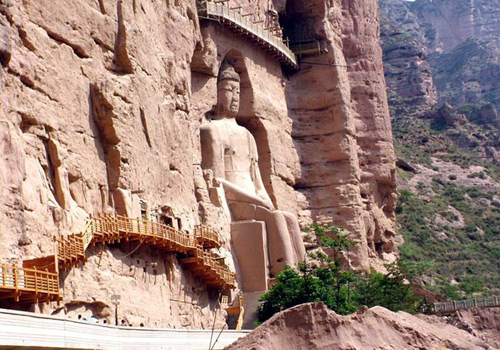 Bingling, in Zang language, means a hundred thousand Buddha. Used to be called Tangshu Grotto, Longxing Temple, Lingyan Temple, Bingling Grottoes are divided into three parts, the upper part, the lower part and the hole, with the lower part being most spectacular. The niches are dug on the right cliffs of Dasigou, stretching two kilometers, four tiers orderly arranged. Now, 183 niches can be seen from West Qin Dynasty (385-400), the Northern Wei Dynasty (368-534), the Northern Zhou Dynasty (557-581), the Sui Dynasty (581-618), the Tang Dynasty (618-907), the Yuan Dynasty (1206-1368), the Ming Dynasty (1368-1644) and the Qing Dynasty (1644-1912) and more than 800 Buddha statues, large and small, are in sight. The fresco covers 900 square metres, where vivid pictures will catch your eyeballs. Bingling Grottoes, typical of the stone statues, relief pagodas, Mizong murals and Mogao Grottoes, Maiji Caves are hailed as the top three grottoes in Gansu.