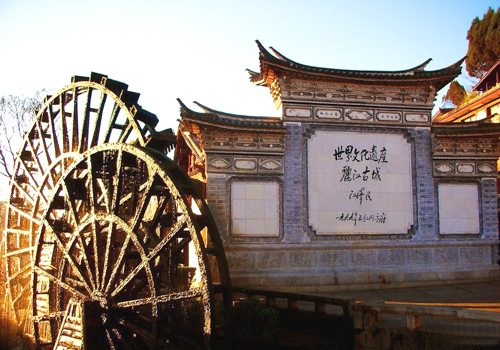 Sifang Street, or Square Street, is the centre of the town. Almost every street of Sifang Street sees limpid water purling on its one side. Sometimes wandering around the town, you will be amazed at this Oriental Venice.

Lijiang ancient town is also known for its lack of walls. Unlike other ancient towns in China, it is open all sides. Blocks made of woods and tiles in the town, flowers and trees in the courtyard, hospitable local residents, all make tours in Lijiang ancient town unforgettable. Besides, when night falls down, Dongba Dongjing music is audible.

It is rare to find such rural town as Xizhou ancient town in Yunnan province. Xizhou is not only one of the birthplaces of national capitalism of Bai people, but also one of the famous home towns of overseas Chinese in Yunnan. Therefore, to some extent, it is impossible to understand Dali and the Bai ethnic minority unless you come to Xizhou ancient town. 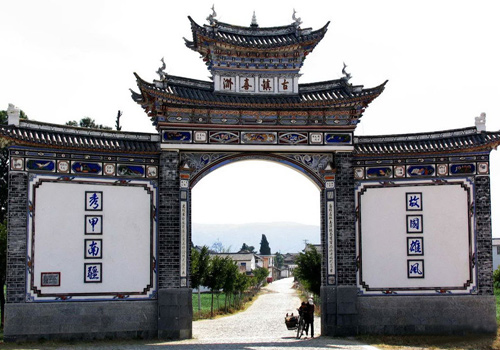 In Xizhou, there is a kind of trees called Ficus altissima that is uncommon in Northern China. It has always been regarded as a token of thrivingness of a village in the eyes of the Bai people. When autumn steps in, white egrets perch on the trees, presenting a marvelous scene in Xizhou.

Houses of Bai people in Xizhou are also worth a visit. Unique in design with three huts, and one screen wall, four sides, and five courtyards, the houses as a whole absorb the residential features of western and regions south of the Yangtze River, making the houses distinctive and functional.

Located three kilometers away from southwestern Tengchong County, Yunnan province, and covering an area of 17 square kilometers, Heshun is home to over 6,000, and a tourist attraction at national level. Surrounded by volcanoes, lush green trees, the town has a river flowing through. Such spectacles as vauclusian springs, wetlands, waterfalls, gorges are all in sight. Here, flowers are always in blossom throughout the year, say camellias, lotuses, osmanthus flowers, plum blossoms. 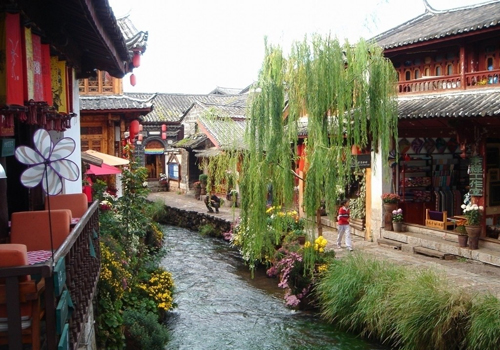 Apart from its natural sceneries, Heshun town also sees ancient dwellings of high cultural and artistic value, ancient temples, ancestral halls, architectures of Qing and Ming Dynasties (1368 - 1911) scattered around. With most of its residents being the Han people, Heshun town used to be a place of strategic importance for horse caravans, the only way that must be passed of Silk Road in southwest China, and a window to culture blending between China and South Asia, China and the western world.

In a large degree, both its breathtaking natural sceneries and profound history and culture make it a suitable place for traveling.

Yiren ancient town, located in the north of Yong’an Avenue of Chuxiong economic and technological development zone, and covering an area of 1.61 square kilometers, it is a large-scale tourism real estate project based on historical buildings and Yi ethnic minority culture. 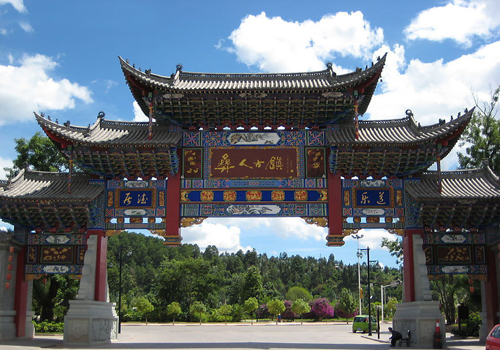 With the completion of Yiren ancient town, Yi people together with Bai people, Naxi people and Tibetan people becomes a must-see of Yunnan tours. In this town, graceful girls of Yi minority, as tour guides, will lead visitors to discovering every nook and cranny; various types of souvenir merchandises of ethnic minority features are here and there; hospitable and sincere Yi people will invite visitor to try their local wine; consummate performances such as Tiger Dance will make you stunned; melodious Yunnan flower lantern songs are audible…

Visitors can hardly believe there is a magnificent tourist attraction in Chuxiong - Yiren ancient town that wins its acclaim for its profound culture and unique architecture.

Situated in the home town of dinosaurs, namely Lufeng County, Heijing ancient town has produced salt as a tribute since ancient times. Legend has it that a black ox, after missing for several days, was found at a well, licking the ground to salt. Later the place was named Hei Niu Yan Jing (Black Ox Salt Well) in honour of the exploits of the ox, Heijing (Black Well) for short. 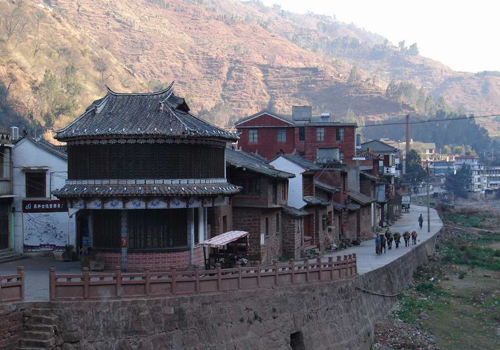 Though Heijing ancient town no longer regains its former glory as a capital of salt, it still remains its traditional layout, presenting quite a few historical and cultural relics before visitors’ eyes. Serene lanes of the Tang and Song Dynasties (618-1279), quaint dwellings of the Ming and Qing Dynasties (1368-1911), distinctive inscriptions, stone carvings, ancient pagodas, stone memorial archways, ancient stages, ancient temples, ancient salt wells and other relics are all in sight, particularly the typical architecture of the Ming and Qing Dynasties - Wu’s Courtyard, which draws a great crowd every year.

Travelling in this refreshingly beautiful town you will find yourself isolated from the furious outside world.