House of Bai People in Xizhou 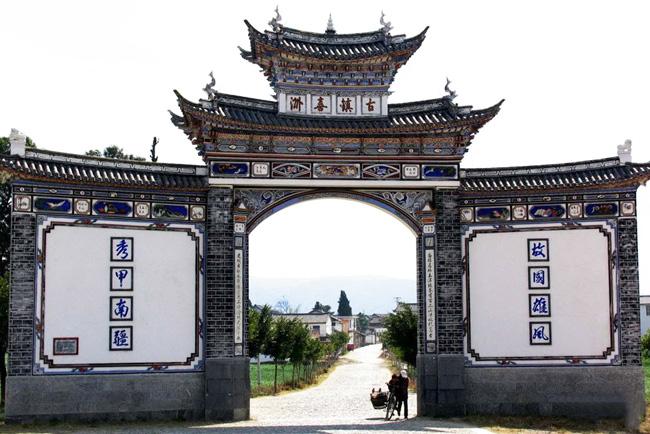 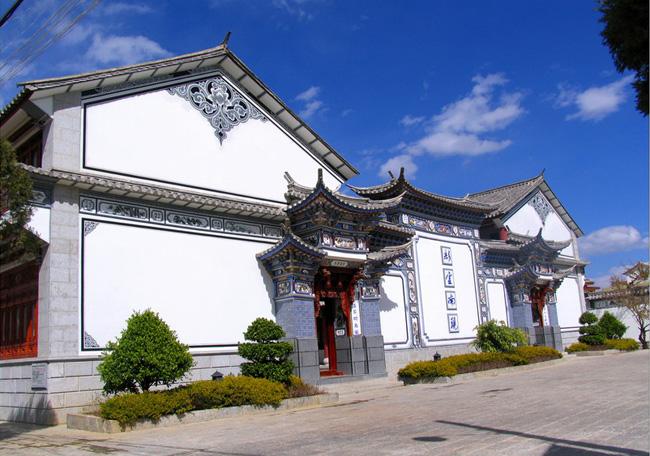 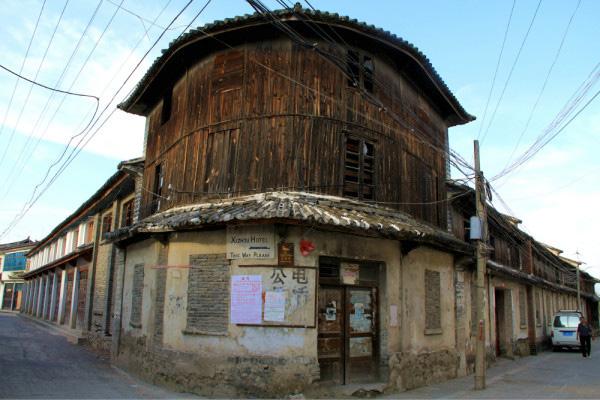 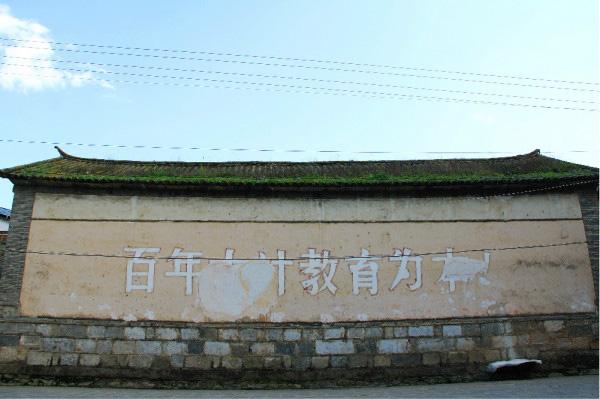 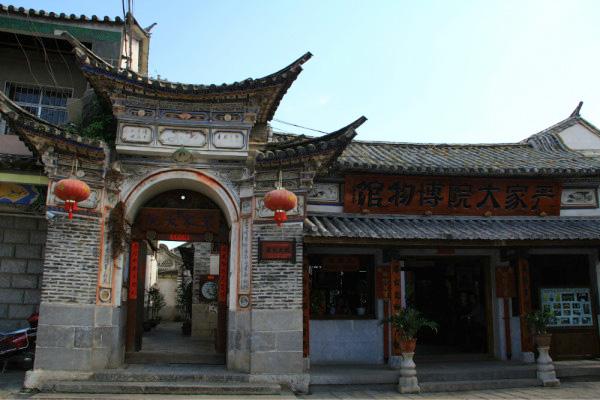 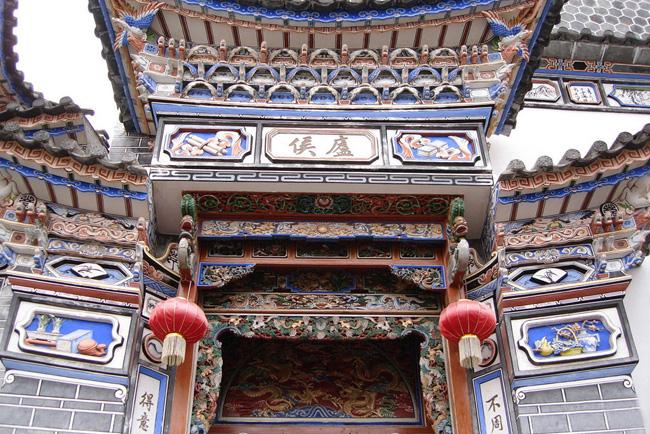 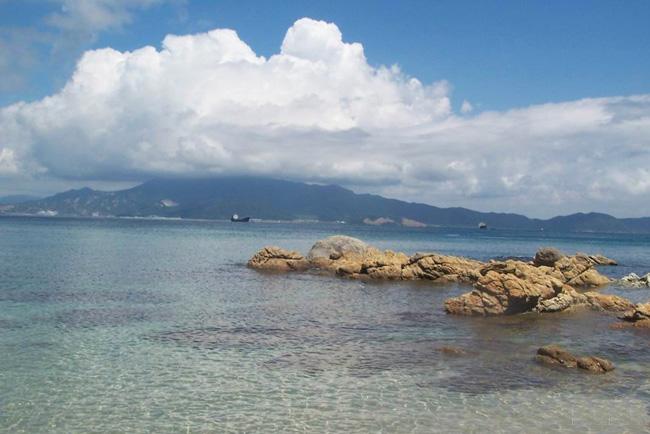 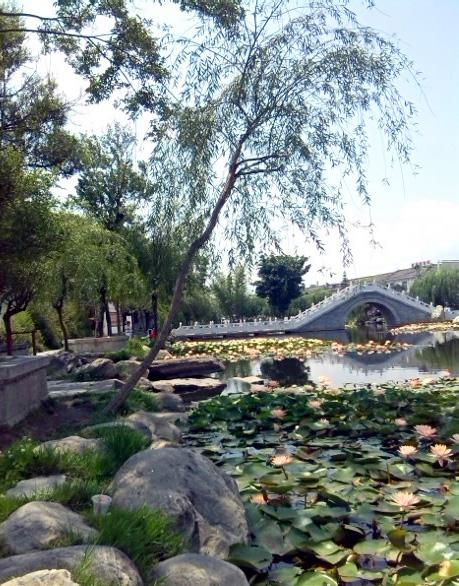 
Chinese name: 喜洲白族民居建筑群 (Xizhou Baizu Jumin Jianzhuqun)
Location: On the Xizhou Town, Dali city, Dali Bai Autonomous Prefecture, Yunnan province.
Admission fee: 60yuan.
Opening time: all day long.
How to get there:
- Get on the minibus from the Ancient City of Dali or Xiaguan Town. It takes you about one hour to reach Xizhou Town from Xiaguan Town.
Best time to visit: in the spring (generally from March to May), when many festivals are held.
Recommended time for a visit: four to five hours.

Introduction to House of Bai people in Xizhou

Houses of Bai people, located in the Xizhou town, are bordering Erhai in the east and Cangshan Mountain in the west. Xizhou town, as the historical and cultural town in southwest China enjoys charming scenery and abundant resources. Houses of Bai people in Xizhou are unique in design with three huts, and one screen wall, four sides, and five courtyards. The outer walls are mainly painted with lime and fine silt. Bai ethnic residents attach great importance to the ornamentation of the screens, windows, gates, outer cross walls and arches over gateways; whether from the black tiles and white walls, or high rooftops and archways, you can find the architecture as a whole absorbs the residential features of western and regions south of the Yangtze River, making the houses distinctive and functional. 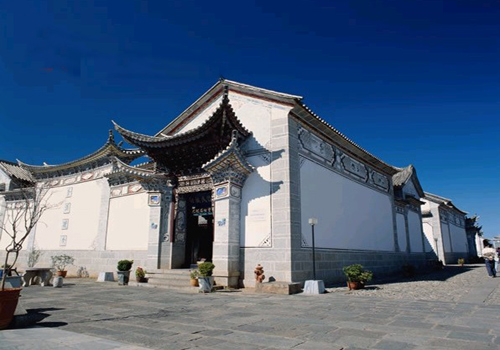 The key houses under protection include residence of Yang Pinxiang, House of the Yan’s, House of the Dong’s, the Mansion of the Zhao’s and the like, all of which blend the traditional houses of Bai people and western architecture. On 25th June, 2001, they were designated as the key cultural heritage sites under the state protection.

Located in the western road of Chengbei Village, the residence was built by the local Yang Pinxiang in 1947, covering an area of 1,841 square metres. It is typical of three huts, and one screen wall, with each hut having three buildings, connected by passages. The outer walls, inner walls, roof boarding, screens, and arches are all decorated with paintings. The symmetrical and elegant screen, elaborately carved gate are in line with the slabstone-and-cobblestone-made grounds of the courtyard. In 1953, Residence of Yang Pinxiang was confiscated, and now it is in the charge of Dali Bureau of Culture.

House of the Yan’s

Situated in the No.1 Fuchunli, Sifang Street, the house was built by Yan Zizhen, a famous national capitalist, in the year of 1919, covering an area of 2,478 square metres. The house follows the design of three huts, and one screen wall, four sides, and five courtyards, connected by corridors. In 1938, in the southeast corner of the house was set up a western villa with the basement, balcony, French windows, surrounded by flowers and trees. How tranquil it was! However in 1953, House of the Yan’s was confiscated, and now it has become one of the popular folk custom attractions! 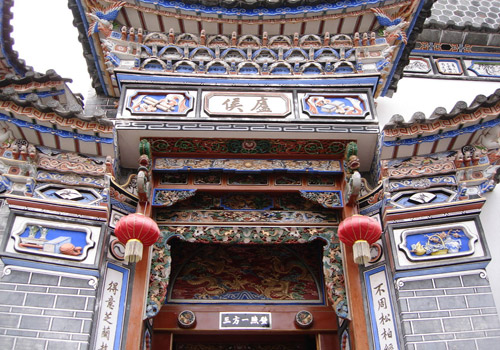 House of the Dong’s

Lying in the Shiping Street, House of the Dong’s was constructed by Dong Chengnong, a notable national capitalist. The house covers an area of 6,742 square metres. The main architecture comprises two parts. The first part, set up in the year of 1940, is the typical three huts, and one screen wall, four sides, and five courtyards, linked by winding corridors, while the second part is on the west – it is a French villa constructed in the year of 1942. And it was also called House of Generals, due to the some generals’ staying during the Anti-Japanese War (1937-1945). Surrounded by the grasslands and tress, the house is also equipped with garage, power station, and so on. House of the Dong’s reaches the new height of residence of Bai people, blending the traditional and the west architecture to the full. In 1953, it was confiscated and now it is transformed into Tianzhuang Hotel.

Mansion of the Zhao’s

Situated in the No. 21 Dajie Alley, the mansion was built by Zhao Tingjun, a scholar in Jiajing Period (1522-1566) of Qing Dynasty, in the year of 1839. Covering an area of 3,000 square metres, the mansion, made up of four parts, linked by corridors, looks magnificent, stately and simple. So far, there are people living in this house characteristic of Xizhou Town culture and architecture.

Tours including House of Bai People in Xizhou