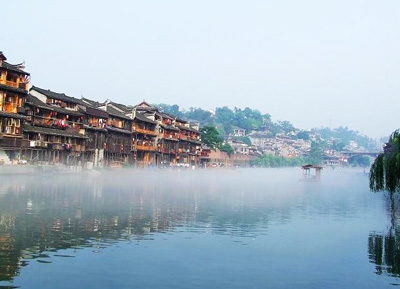 A remote county at the edge of Hunan Province and next to Guizhou Province, Fenghuang County, or rather Phoenix Town, is arguably the most picturesque town in China. Located in the XiangxiTujia andMiao Minorities Autonomous Region, it covers an area of 1700 square kilometers with a population of 37,000. Most of its population is made up of Miao people and Tujia people. Mapped with green ravines, it is nestled among 47 peaks. Fenghuang presents the world the appearance of an ancient town. It has a main street and amounts of stone alleyways snake between houses that are built on stilts. The Tuojiang River, the Mother River of Fenghuang County, has incredible beauty with wooden houses casting reflections on the water and boatmen paddling their rafts. Its bustling market lies in the main street with arrays ofspecialty shops selling local products such as silverware, handmade items, batik textiles. But Fenghuang Ancient Town offers far more than natural beauty. With a history of over 300 years, it is crammed with historical sites. The Southern Great Wall in Fenghuang was built in Ming Dynasty (1644-1911)for the purpose of defend against the revolt of Miao Ethnic Grou... More information about Fenghuang » 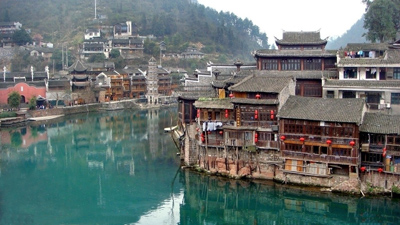 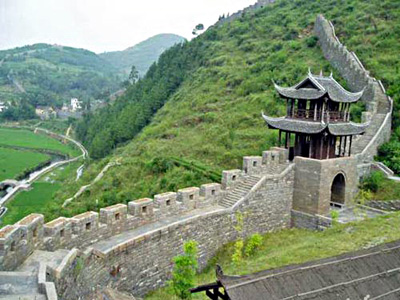 Built in Ming Dynasty (1368-1644), Southern Great Wall was for the purpose of guarding against the revolt of Miao ethnic group, thus known as Miao Great Wall. Thought it is smaller than the one in northern China, it is one of the greatest project in Chinese history with a total length of 190 kilometers.

All Photos of Fenghuang» 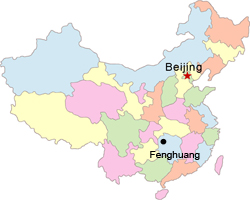