Chengdu is the capital city of the Sichuan Province, located in the South-central part of China. Similarly known as "Chengtu", the city is a major transportation and economic hub to Southwest China and enjoys a great historical past mingled with rich natural features that rank it today as one of China's best tourist city. As part of a mountainous area set in the so-called "Tian Fu Zhi Guo" (天府之国) meaning the "country of heaven" or "land of abundance", Chengdu is one of the rare Chinese cities that never changed name during its history. Compared to a brocade and hibiscus city, Chengdu is a marvel for lovers of traditional culture and deep rich nature. Namely, Chengdu is worldly renowned for being the place where the few last preserved Giant Pandas live: an extraordinary visit to anyone coming here! Divided into 9 districts, 4 county-level cities and 6 counties the city of Chengdu is today regarded as one of the biggest in central mainland China. The city is situated on the Sichuan Basin and enjoys a monsoon humid subtropical climate. Travelers who have the opportunity to stop in this city will appreciate the Chengdu food, dialect, culture at every corner. Being the centre of lots of investments since recent years, Chengdu is definitely a place where anyone would love spending some days. 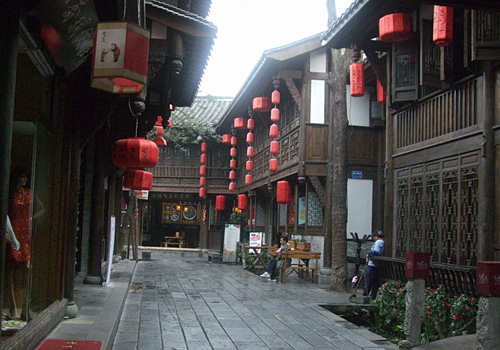 Chengdu city's foundation is said to trace back to 316 BC. The name of the city appeared after the 9th King Kaiming of the Ancient Shu moved its capital to actual Chengdu, giving to it the name "cheng du" literally meaning "to become a capital". Being a place of many historical events, the first hints concerning the city are based on the brocade industry that flourished during the Western Han Dynasty (206 BC - 23 AD), a popular production among the royal and upper classes of China. Split by the Brocade River (Jin Jiang River), Chengdu became renowned as the place where Southern Silk Road caravans used to stop off, giving it the early nickname of Jincheng (锦城), the "Brocade City". This is then during the Five Dynasties and Ten Kingdoms Period (907 AD – 960 AD) that an original historical fact had an impact on the city"s popularity. Indeed, the King of the Later Shu Kingdom ordered the planting of hibiscus flowers on the surrounding fortress wall, a curious but lively spirited idea that gave it the name of the "City of Hibiscus" (Rongcheng, 蓉城). Moreover, touring Chengdu on your China trip is also a way to walk on the steps of the original creators of the paper money. Indeed, Chengdu is the birthplace of the world’s first widely used paper money created there around 960 AD (Northern Song Dynasty). Devastated by Mongols around 1279 and place of many mass executions, Chengdu still erected as a great city afterwards. The traveler and European Christian merchant Marco Polo had also a stop in Chengdu during his journey to Asia during the 13th century. Some of his writings are famous for a special description of the Chengdu Anshun Bridge on which travelers use to stop by today. Host city of Chiang Kai-Shek and the Guomintang Party after the Japanese invasion during the Second World War, Chengdu developed as a major economic and transportation hub in Western China as well as an agricultural resources place for the whole country. Dramatically renowned for the May 2008 earthquake that made huge victims and damages in the area, Chengdu is without any contests a must-see destination on a Sichuan tour. 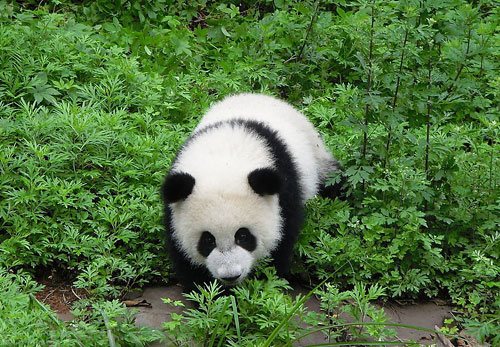 Today's Chengdu is a blend of Sichuan food, culture, ethnic minority people traditions, rich historical and natural sceneries as well as preserved fauna species. As part of a typical tourist city of China like Xi'an, Beijing, Guilin or Shanghai, Chengdu will just fill visitors with wonders. The most important and must-see highlight of this central Chinese city is definitely the Giant Panda Breeding Research Base located just 10 kilometers away from the city center. The last few Pandas bred there are just a China and worldwide protected treasure that has to be seen on your China trip. The possibility to approach and take care of the pandas is one of the best chances that will give everlasting memories to anyone. Filled with lots of historical temples of great beauty such as the Wenshu Temple, the Zhaojue Temple or the Qingyang Taoist Temple, Chengdu is a real dream for travelers and a good place for discovering the Sichuan cuisine and culture. Being the big transportation hub in Sichuan Province, buses to the Leshan Giant Buddha or Emeishan (Emei Mountain) Scenic Spot contribute to the development of the city as a major tourist spot. Take a few days to visit Chengdu on your China tour, one of China must-see city and highly worth-visiting place ever!