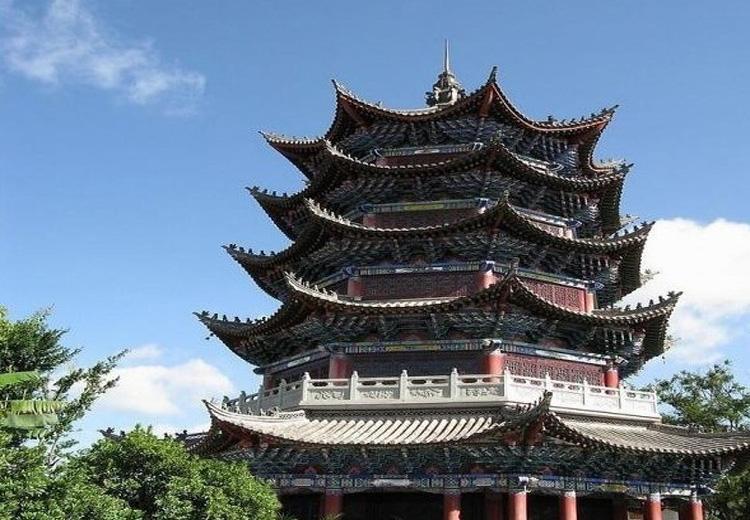 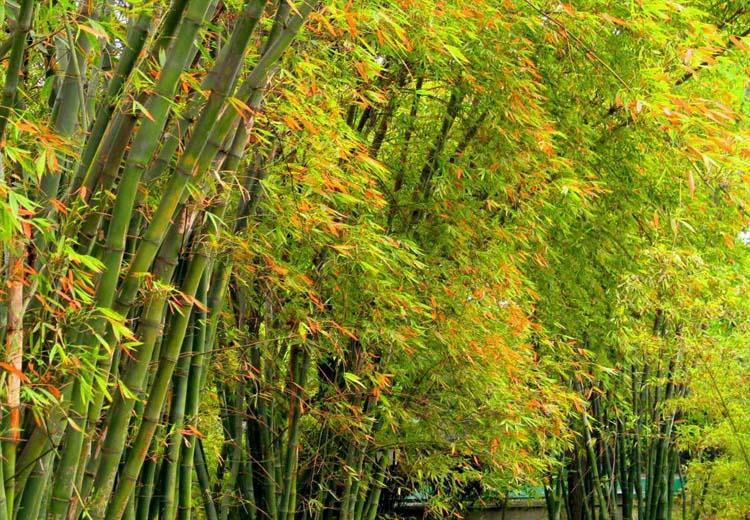 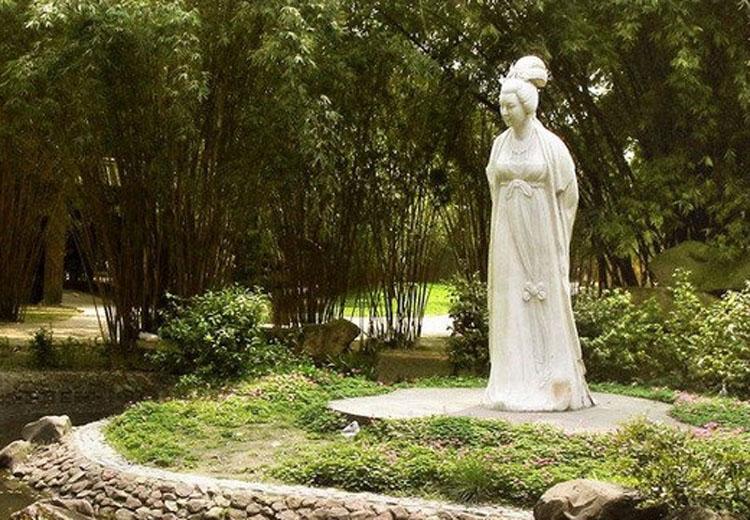 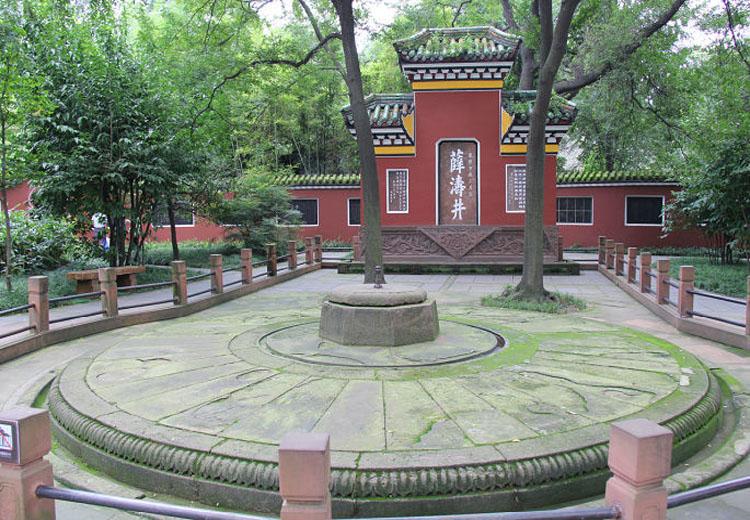 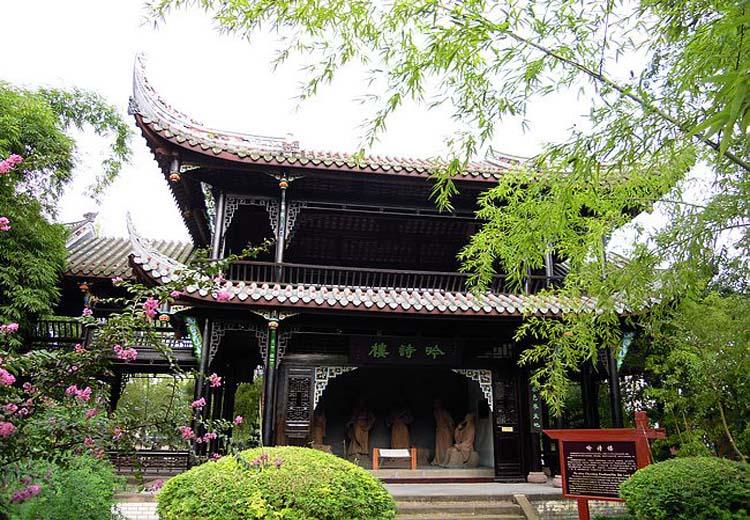 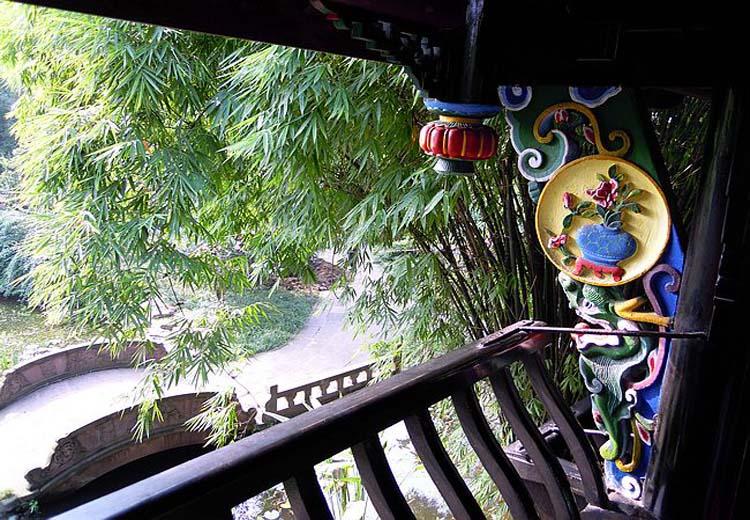 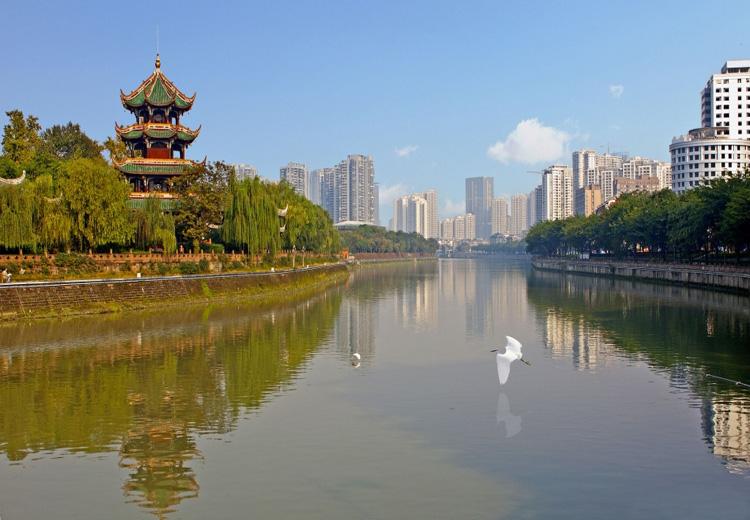 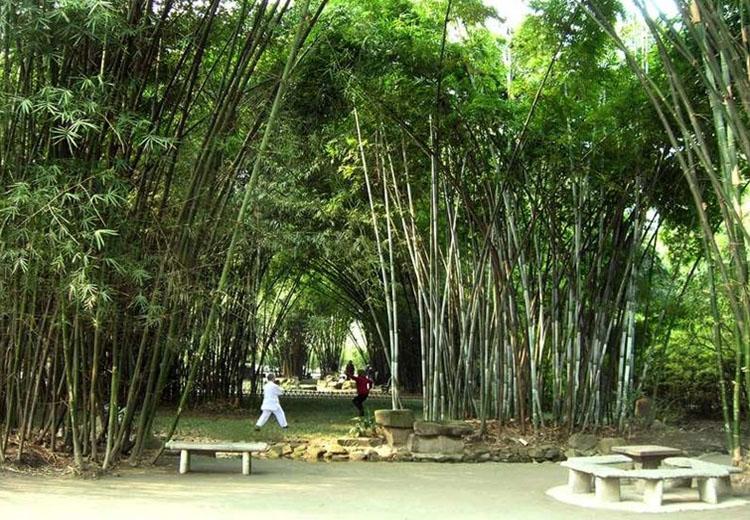 Introduction of the Wangjiang Lou Park:

Wangjiang Lou (Wangjiang Pavilion or the Pavilion to Watch the River translated into Chinese), together with the Wuhou Memorial Temple (Wuhou Ci), and Dufu's Thatched Cottage are the top three attractions in Chengdu city. 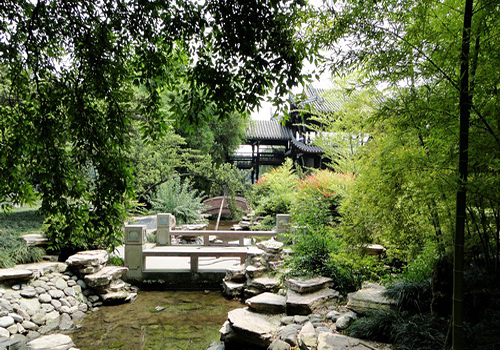 It was the place for embroidering; the river on the right of the building is the mother river of Chengdu people, Jinjiang River. It is said that the brocades become very shining after being washed in the Jinjiang River, so the pavilion was named ‘Zhuojin Pavilion’ (means the building to wash the brocades in the river in Chinese). The shape of building is similar to a boat, people built it to memorize Xuetao and her friends' farewell.

Except the mentioned attractions in the park, there are still many place worth for a visit. For example the Long Corridor of Bamboos (翠竹长廊), and the ancient dock of Chengdu. The transportation condition in the old days was extremely underdeveloped, as the ‘Shu’ was a mountain area, the transportation in and out of here was hard, people chose water ways sometimes to save time, and the Jinjiang River and the ancient dock of Chengdu was once the most important place to local people.

Bamboos in the park:

The Wangjiang Lou Park is a park with bamboo sceneries; it contains over 23 classes of bamboos so it is also named 'the Park of Bamboos' or 'Jincheng Bamboo Park' (Jincheng means the Chengdu city); it is the officially protected monuments and sites of Sichuan province.

Over 230 variety of bamboos makes the park known as 'the most beautiful bamboo park all over the world'. The park never lack of valuable variety of bamboos, the Human face bamboo, the Maitreya bamboo, the Chimonobambusa, the Bambusa multiplex, the Chicken feet bamboo, etc. It is definitely the best place to enjoy bamboos in Chengdu. 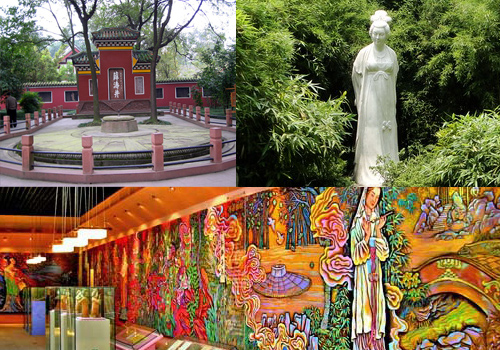 Sichuan province was once called 'Shu' in ancient dynasty, talking about the heroines in the past, people will rank ZhuoWenJun to the top (a daughter of the royal family and eloped from her family with Sima Xiangru - the most famous and leading poet, literary master, writer of prose, essay, lyrics and rhythmical verse in Xi Han dynasty, then Zhuo married him), then people will rank Xuetao as the second great heroine as she was the founder of dyes made from flowers (Xuetao used the petals of the cockscomb and water lily to make the dye, then write poets with this dark red dye, it was named Xuetao bamboo letter).

It is said that the Well of Xuetao (薛涛井) was the place where she made dyes, tourist can purchase the copy writing of Xuetao letters and poesy in the memorial hall of Xuetao at RMB50 yuan. You will find the statue of Xuetao in the park; it was made by white marble in 1984.

Interesting things in the park:

Chengdu is a leisure city with very slow daily steps everyday, therefore, the city is full of places for leisure (mahjong parlors, snack streets, coffee bars, etc. ) The parks in China are the most popular place for citizens and the Wangjiang Lou Park is not an exception. The open-to-public area of the park is full of local people playing mahjong, doing morning exercises, etc. 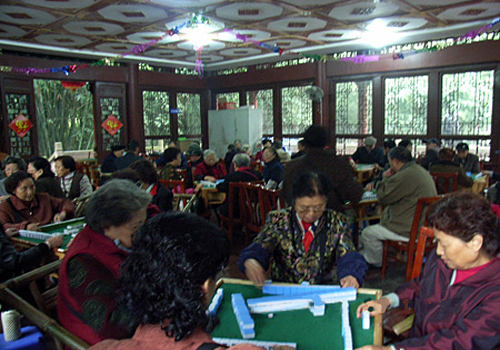