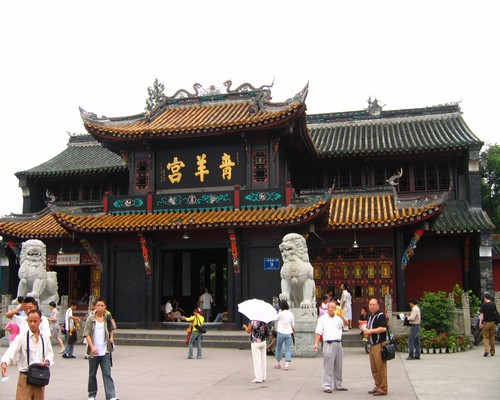 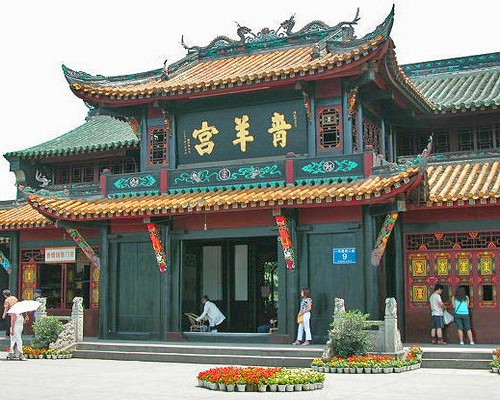 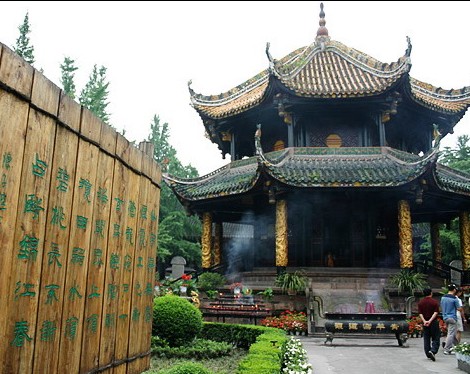 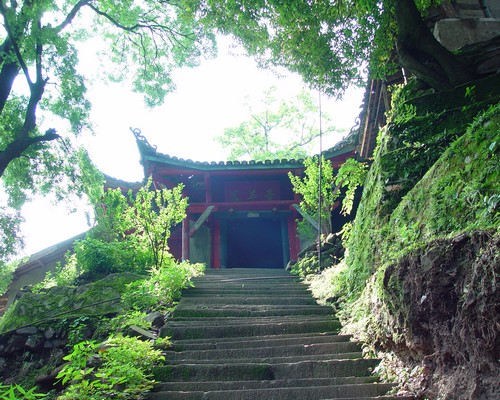 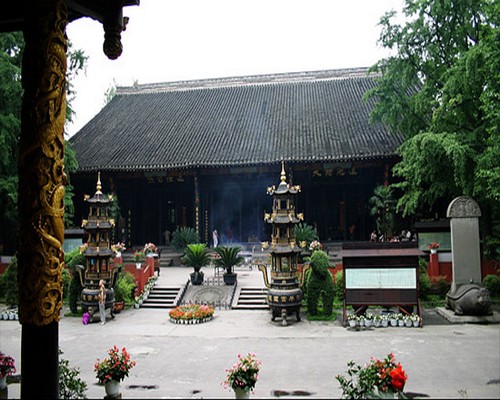 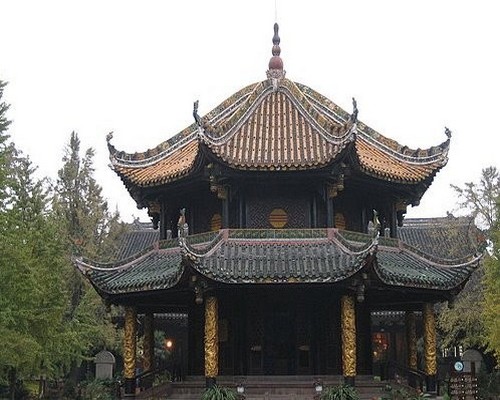 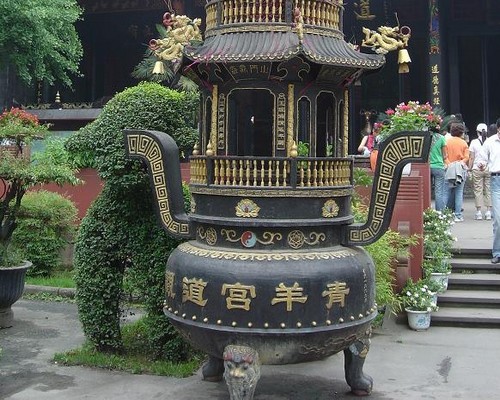 Located in the western suburb of Chengdu, the Green Goat Monastery, or Green Ram Monastery is a famous Taoist temple in Sichuan Province and the largest Taoist temple in southwest China. It is composed of five temple halls: Hunyuan Hall, Hall of Three Purities, Hall of Goddess Doumu (the mother of the stars of the Dipper), Hall of Jade Emperor, and Hall of Tang Emperors. Green Ram Monastery has many historic relics, such as the Hall of Doumu, Eight Trigrams Pavilion, bronze goats and 13,000 copies of "Collected Essentials of Taoist Canon" that were carved on pear timbers on two sides and are the best-preserved Taoist books. Green Goat Monasty were first built in Zhou Dynasty (1064-221BC) and destroyed in Ming Dynasty (1368-1644). Today most parts of it were built in Qing Dynasty (1644-1911). Temple fair and flower fair are held simultaneously every year in Green Goat Monastery on the fifth day of the second lunar month (around mid March in western calandar). On that day, the temple is shrouded in the haze and bustling with flowers and crowds. 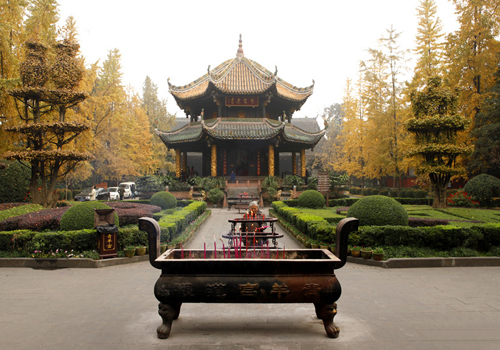 Hunyuan Hall was rebuilt during the reign of Emperor Guangxu (1875-1908) in Qing Dynasty. Covering an area of 600 square meters, it is supported by 28 columns of some 22 meters high. The hall is dedicated to Taishanglaojun (deified Laozi, the founder of Taoist) and Cihang the Immortal (the goddess of Great Compassion, one of 12 Taoist golden immortals).

The Hall of Three Purities is the main of Green Goat Monastery. It was first built in early Tang Dynasty (618-907) and reconstructed in Qing Dynasty. It mainly shrines the three highest gods in the Taoism: The Universal Lord of Primordial Beginning in Jade Clarity Realm, the Universal Lord of the Numinous Treasure in Higher Clarity Realm, and the Universal Lord of the Way and its Virtue" in Supreme Clarity Realm. The hall is guarded by two bronze goats. The left one is oddly shaped with solo horn. It looks like a goat at the first glance, actually the embodiment of 12 zodiac animals with ear of rat, ox snout, tiger claw, rabbit back, dragon horn, snake tail, horse mouth, goat beard, monkey neck, corn eyes, dog belly, pig buttocks, etc. According to legend, the two goats are the incarnation of the attendant of Green Emperor (one of five emperors of heaven in Chinese mythology). They can eliminate your illness as long as you touch the corrsponding place of your pain on them. 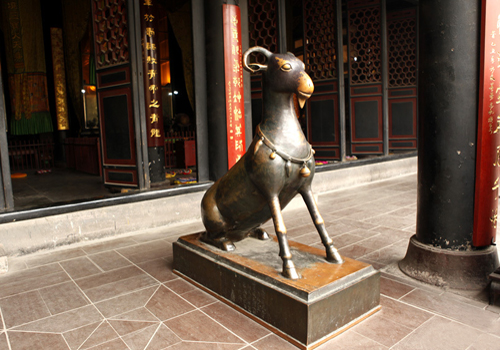 The Eight Trigrams Pavilion was built in between in Qing Dynasty. It is some 20 meters high and covers an area of around 300 square meters. It is a wooden and stone structure without any bolts and pegs. It is an octagonal pavilion with a square pedestal and a round roof, on which the eight trigrams – Qian (heaven), Kun (earth), Kan (water), Li (fire), Zhen (thunder), Gen (mountain), Xun (wind), Dui (marsh) are engraved. The imposing and exquisitely carved pavilion is supported by 16 stone columns exquisitely carved with 81 dragons. The statue of Laozi riding on a green ox towards the Hangu Pass is enshrined in the pavilion.