As part of Tang cultural heritage, Daming Palace possesses lots of relics of past dynasties. At present, 10 tombs of Han Dynasty have been discovered. The tombs are found preserved well during the first excavation. And among a delicate iron sword is most impressing.

Daming Palace National Relic Park is a key cultural heritage of Xi’an which is planned to open in October this year and now it is in busy construction present. To coordinate with the building of central museum, the workers made archaeological exploration and discovered 10 tombs of Han Dynasty. The excavated four tombs were well-preserved according to the excavation.

It is introduced that the excavated materials from three tombs are complete and mostly green glazed potteries. However, the left one tomb is empty without any trace of pilferage.

The discovered 1.1-meter-long iron sword of Han Dynasty is quite valuable. Although the sword and sword scabbard broke a little, its ancient jade ornament is complete. The owner of this sword is inferred to hold certain social statue. 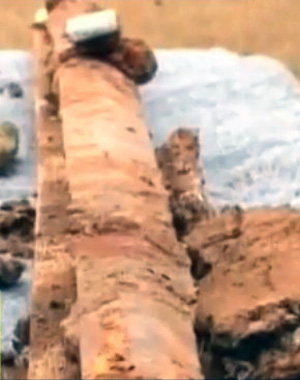 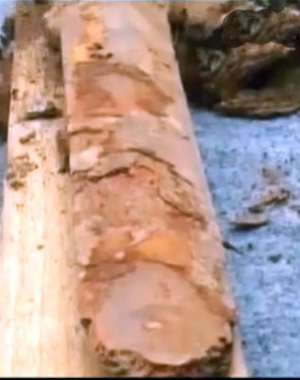 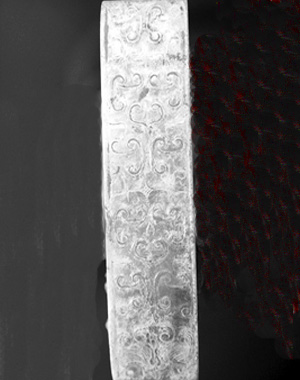 (The left and middle pictures respectively show the upper part and lower part of the sword; the right picture show the  inlia jade on the handle of the sword)

No word records are found in the tombs and the experts deduce the tombs may belong to the period from late West Han Dynasty to early East Han Dynasty.

When you have pictures of it, don't forget to share it, thanks!

Hello there! Do you advantage Twitter? I'd like to trail you if that would be ok. I'm surely enjoying your blog and look forward to rejuvenated updates.

Hello Ms/Sir, welcome to our Travel Blog and thanks for your comment. We are sorry that we don't have a Twitter, so please continue to keep a close eye on our blog if you want to learn more about China travel guide with us :)

Hi! Do you advantage Twitter? I'd like to trail you if that would be ok. I'm absolutely enjoying your blog and look forward to late posts.

Hello Ms/Sir, welcome to our Travel Blog and thanks for your comment. We are sorry that we don't have a Twitter, so please keep a close eye on our website for more articles about China travel :)