Cloudy and drizzly for days, we decided to start at 4 in the morning, driving to the Jinshanling Great Wall. We wanted to see the wonderful sea of clouds and it was really a nice hiking trip on the Great Wall.
Located at the junction of Luanping County of Hebei Province and Miyun County of Beijing City, Jinshanling Great Wall, one of the representative and well-preserved sections of Great Wall of China, was constructed in 1368, in the charge of Xu Da, a senior general of Ming Dynasty. In 1567, another two officials – Qi jiguang and Tanlun – undertook the rebuilding and extension project of Jinshanling section on the base of Xu Da's completion. 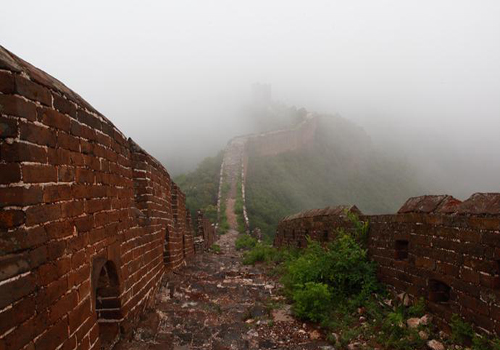 It rises from the Wangjing Building in the east, winds for 10.5 km, and ends at Longyukou in the west. Theoretically, a great wall constructed on gentle slopes was militarily easy to attack but hard to defend. But tactfully, the head engineers made good use of the experience of past dynasties and fortified the Jinshanling section with an impregnable military defense system. Barrier walls, battlements, fort barbettes, observation towers, thunderstone holes, horse obstructing walls and some other structures were densely set on the wall every 50-100 meters. Just like it is described in some ancient books that "if one man guards it, ten thousand are unable to get through". In addition, it is also consider to be able to compare favorably with the Badaling, Shanhaiguang and Jiayuguan sections.
All the way we thought that there would be no sea of clouds because we could clearly saw the Great Wall, but it turned foggy after we arrived at the beacon tower and we could barely see the wall.
The serpentine Jinshanling Great Wall looked more upstanding and mysterious in the fog. 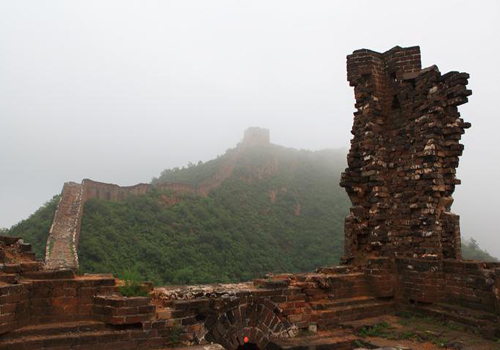 All these simple blocks made such a miracle. A whole gate tower left only broken walls in the corner, but nothing stays the same in a so long history. 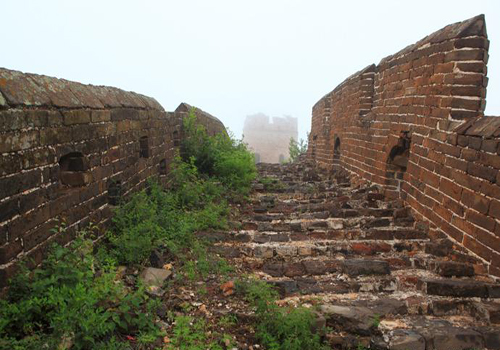 Don’t know why there was so much fog that we could only see things within ten meters, what we could do was just wait and take photos when we could see much longer. 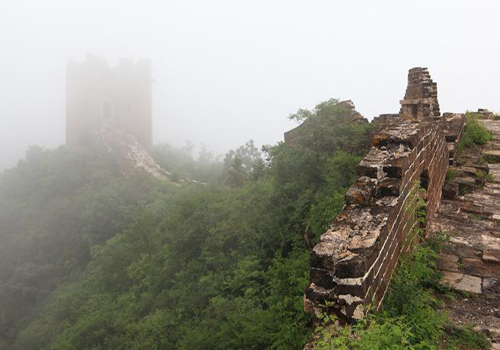 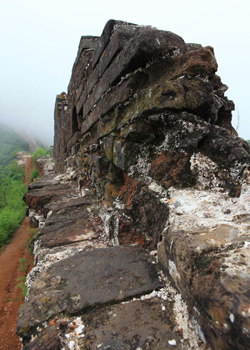 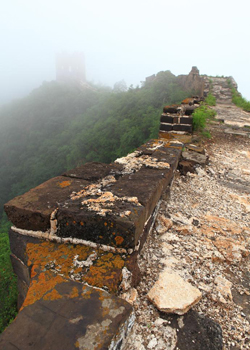 Maybe, years later, the real great walls would be replaced by those repaired walls for the development of modern tourism, but the real spirit and history disappeared with the broken walls. I felt so luck that I saw the real face, although it was old and broken. 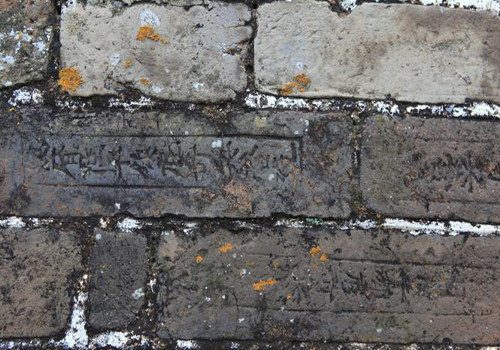 One uniqueness of Jinshanling Great Wall is that there are many words carved in the great walls. After hundreds of years, they still exist, which indicates the good quality and skills of Chinese ancient architecture 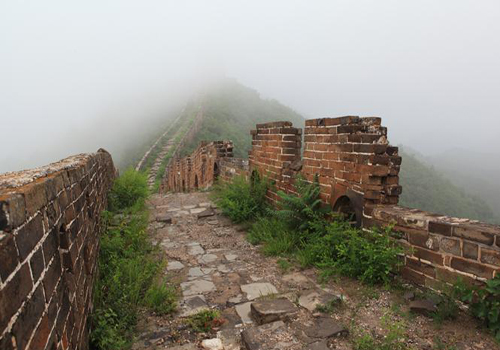 We forgot to take some food and felt so hungry after hours walking. So, you do remember it.
- Xavier (VisitOurChina)
Tags: Jinshanling Great Wall Hiking Wild Real Great Wall Sea of Clouds