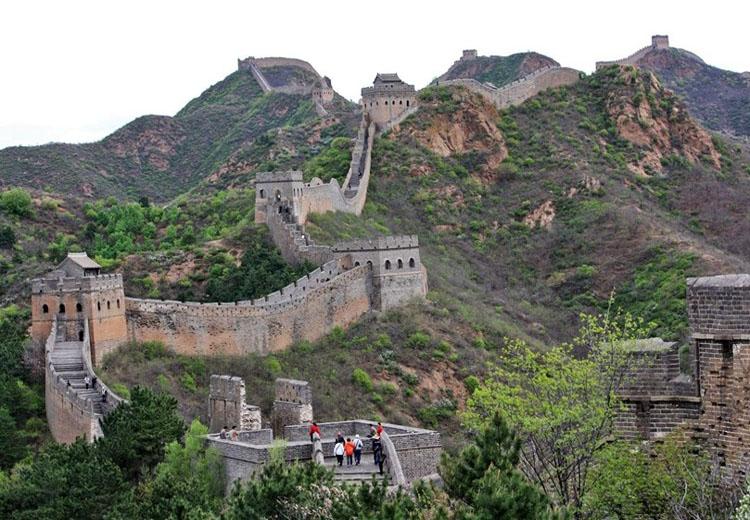 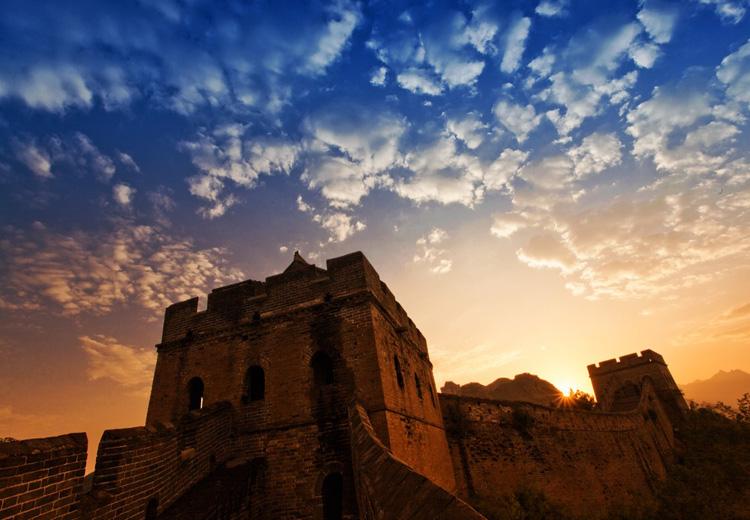 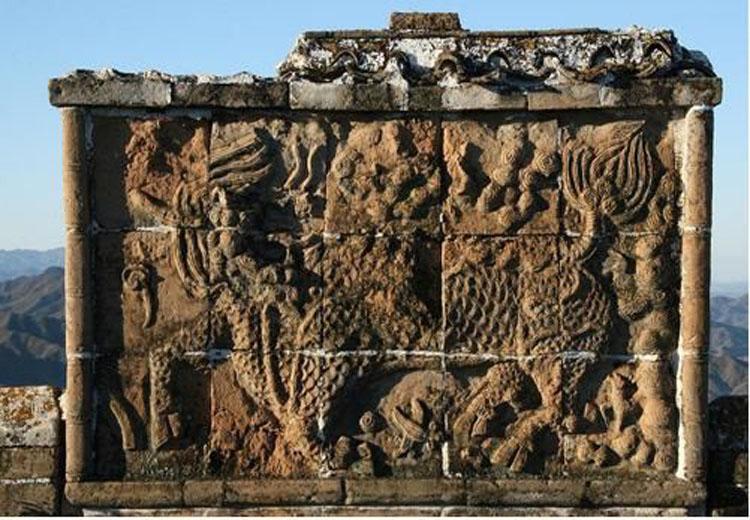 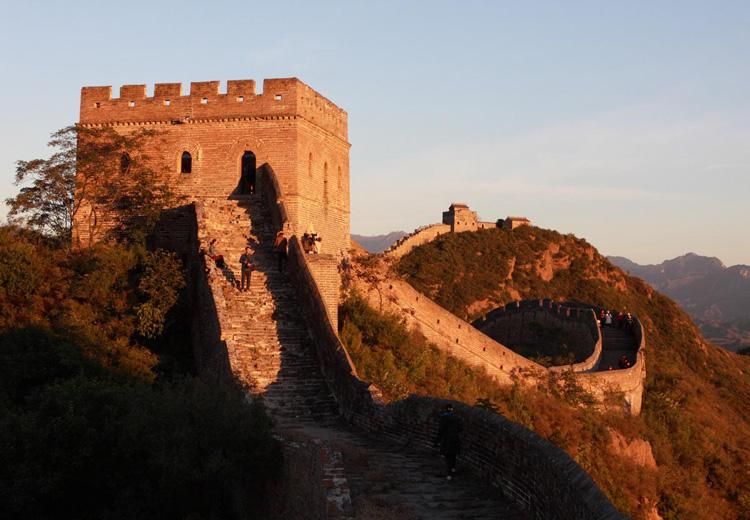 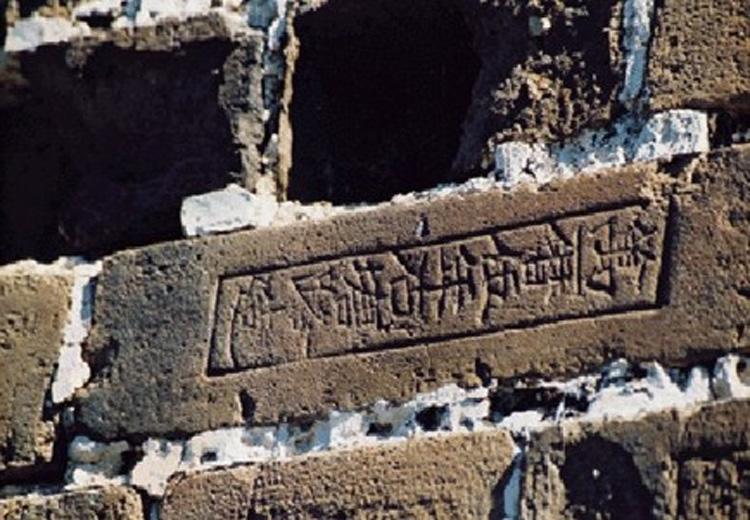 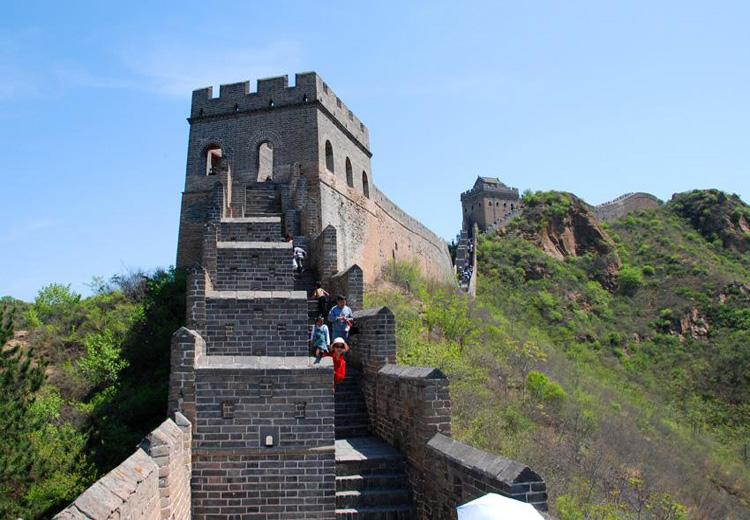 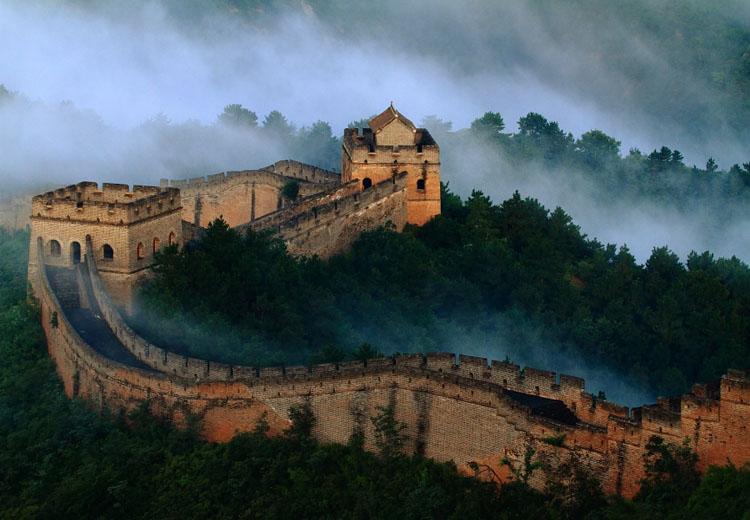 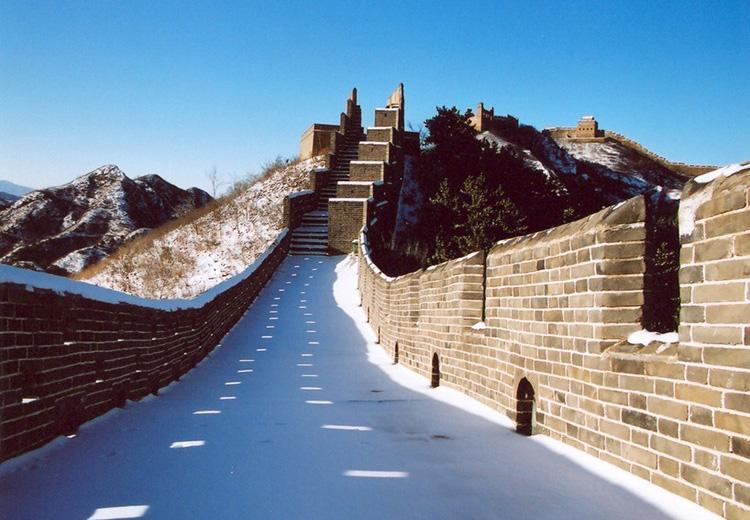 Chinese name: 金山岭长城 (Jinshanling Changcheng). Location: at Hualougou, Bakeshiying Town, Luanping County, Chengde City, Hebei Province.
Ticket: CNY50 in peak season (March 16 - November 15), CNY40 in low season (November 16 - March 15 of next year).
Opening time: 08:00-17:00.
How to get there: the two routes as below are for your reference.
- take a bus/minibus to Miyun County (密云县) at the Dongzhimen Coach Stasion (东直门长途汽车站), debus at county town of Miyun and transfer to Jinshanling Tourist Area (金山岭旅游区) or Gubeikou (古北口). It takes 3-4 hours for a single trip.
- take a coach to Chengde at Beijing Liuliqiao Coach Station (六里桥长途客运站) or Sihuidong Coach Station (四惠东长途汽车站), get off at Hualougou of Bakeshiying Town (巴克什营花楼沟), then transfer to Jinshanling Great Wall by minibus.
Best time for visit: May-October. 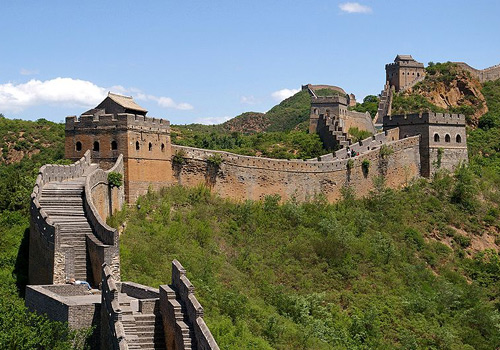 Located at the junction of Luanping County of Hebei Province and Miyun County of Beijing City, Jinshanling Great Wall, one of the representative and well-preserved sections of Great Wall of China, was constructed in 1368, in the charge of Xu Da, a senior general of Ming Dynasty. In 1567, another two officials – Qi jiguang and Tanlun – undertook the rebuilding and extension project of Jinshanling section on the base of Xu Da's completion.

More than 10 km southeast of the Gubeikou Great Wall in the suburb of Beijing, the Jinshanling Great Wall is at 700 meters above the sea-level. On its eastern and southern sides there are the Simatai Reservoir and the Miyun Reservoir that look like two green mirrors in fine days; the northern side was once a place of strategic importance in ancient China. 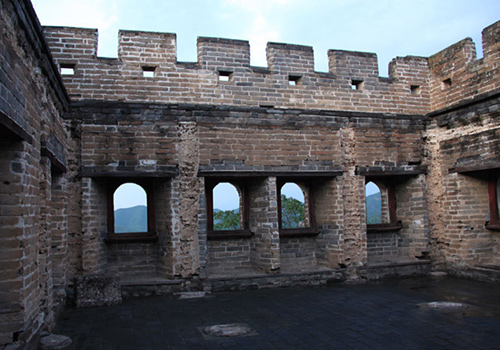 It rises from the Wangjing Building in the east, winds for 10.5 km, and ends at Longyukou in the west. Theoretically, a great wall constructed on gentle slopes was militarily easy to attack but hard to defend. But tactfully, the head engineers made good use of the experience of past dynasties and fortified the Jinshanling section with an impregnable military defense system. Barrier walls, battlements, fort barbettes, observation towers, thunderstone holes, horse obstructing walls and some other structures were densely set on the wall every 50-100 meters. Just like it is described in some ancient books that "if one man guards it, ten thousand are unable to get through". In addition, it is also consider to be able to compare favorably with the Badaling, Shanhaiguang and Jiayuguan sections.

In January of 1988, Jinshanling Great Wall was announced by the State Council to be one of the places of interest under national production; in 1991 it was ranked as a national tourist attraction and listed on the World Cultural Heritage; On November 15 of 1992, that the "flying man" Ke Shouliang (柯受良) successfully flied over it made it known to more people at home and abroad.