Now, I learned Chinese in Beijing, that means I learned my Chinese with all the R’s, my first time hearing Chinese was in Beijing and I kinda thought it sounded like a bunch of dogs barking at each other. Ruf ruf ruf ruf ruf. But hey that’s how I started Chinese, so in 2009 when I came to Yangshuo to start teaching, and to learn Chinese, I wasn’t even remotely used to their Chinese. None of the R’s I fell in love with, or for that matter really good Mandarin. At that time hearing the difference between Northern Mandarin and Southern Mandarin was like hearing a true New Yorker speaking his form of English, and hearing someone from the deep deep South in a swamp in the middle of nowhere’s English.
At that time my vocabulary was pretty limited, I mean the bare basics. So when I was traveling, roaming about, or bargaining with Southeners I got laughed at, I was that tall lanky white kid who was speaking broken Northern Mandarin in the South, looking back at it now I can see the humor in it.

Now many Chinese say there are many differences between the North and the South, for example people in the South eat rice, people in the North eat noodles, people from the South are good at business, while people from the North are just okay at it. Now there is a very big difference that I discovered, people in the North are very open to bargaining with you, and most of the time you can get the price you want, however when I came to Guilin I found that they DON‘T like to at all! So if you are coming from Beijing, bargaining heaven, and are coming to Guilin City to stay for a bit, leave all those hopes of bargaining at home, because they just don’t play that here.
However if you’re just going to Yangshuo, then bring those hopes with you, because in Yangshuo you can bargain freaking everything; hotel prices, tourist prices; trinkets; heck one time while I was eating with my buddy he called the waitress over asked if the portion he got was all he was going to get, and then bargained down the price. Yeah you can even bargain food if you’re that good. 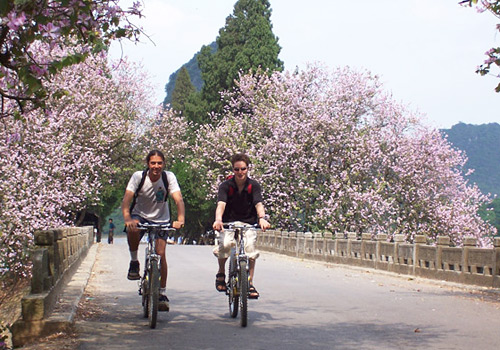 If you do come to Yangshuo, and you want to have some fun, and if you’re the adventurous type then you should you rent a bike, 10 yuan (元), and just start biking into the mountains, experience how beautiful Yangshuo is when no one’s around. Because in honesty Yangshuo the town, or west street isn’t anything to call home about. 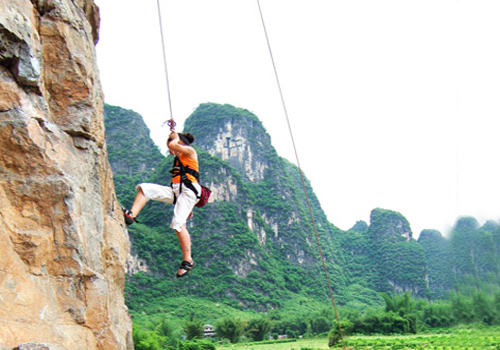 When you’re in Yangshuo try do something that's worth remembering, I mean there’s going with a tourist group and taking pictures of mountains, and whatever else they tell you take photos of and then there’s the other stuff. Have some fun with it, go and try to ride a cow in the middle of a field, or jump off a bridge into a river, or go rock climbing, or go play some strip beer pong at the roof top bar, in any case go bananas you only get one chance.