Now, when I was in America I never got the chance to bargain, where I went I just paid whatever the price was, no questions asked, no second thought. But you see, all that changed when I came to china, it was no longer I paid what the sticker price was, or what other people said it was, it all came down to how well I could bargain, how much I wanted it, could I grit my teeth longer and be more intense and more into bargaining then the person selling it.

The First thing I learned in China wasn’t how to have conversations, or how tell girls how pretty they were, or how to ask what time it was, or how to get where I wanted to go, no, no, no; learning all that stuff just wasn’t as important as learning that one sweet phrase, TAI GUI LE! (too expensive)  My first stay in China I used that phrase more than any other. When I went to buy meat, bread, drinks, and clothes, anything; it was all about TAI GUI LE!
But you see when you’re bargaining in China you cant just depend on that one phrase, you got to learn all those little tricks of the game. You got to master the "walk away", the "well the guy next to you wanted to sell it to me for this price", the "let me go see if I can find it somewhere else", the "oh! You have a son in America, I’m from America, seeing as we both have some back there, let’s make this cheaper", The "I'm a student", the "well it doesn’t look like it will last more than a week", and of course the "this isn’t real Gucci".  Now when you’re bargaining, you have to remember it’s like being in a 15 round boxing match, sometimes you get a knock out in the first round, and sometimes it just drags on and on and on all freaking fifteen rounds. But when you do get what you wanted for the price you wanted it, it’s like being the dog sitting next to the dining room table waiting for someone to get up to use the bathroom and snagging that beautiful cut of unprotected angus steak you were starring at for the last hour. 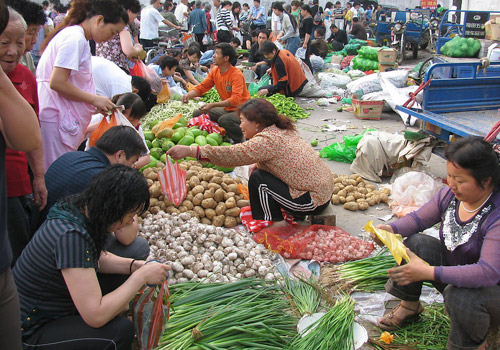 When I went to climb the Great Wall in Beijing, there was a lot of people there selling all sorts of thing, and well needless to say that day the great wall wasn’t the only thing that was great.  I was trying to buy some paints from this vender to give to my buddy Pete back home, at the beginning he wanted 400 yuan (元), I told him I wanted 20 yuan (元), and so started our battle. He said he couldn’t sell it for that low of price, but I knew that meant he wanted to. We started to shout, and at this time my Chinese was not so hot, so when he shouted at me in Chinese, I just shouted at him in English, now this kind of situation is sure to gather a crowd, and oh my did it ever. We were surrounded by people, some rooting for me, some rooting for him, now I wasn’t budging and he was so, he started to feel ashamed so he pulled a move I’ve never seen before or since. He nocked my hat off my head and put his hand against my forehead and told me I was sick, some laughed, and some ooooood like," I can’t believe he just did that, what you’re just going to take that?" Not okay.  At this point I was already to deep in it, I couldn’t just walk away, so I did something I’ve never done before…I first laughed along with him and everybody for a second, then stepped two steps closer to him and purple nurpled him. That’s right I twisted his nipples with gumption, he stood up on his tippy toes, and shrieked real high. And you know what? I got those paints for 20 yuan, and a handshake from him. 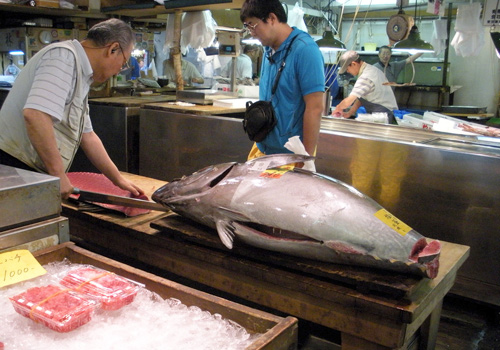 Now what I did I don’t think is something that should be normally implemented in any situation, but that was a pretty special situation. When you’re bargaining remember to have some fun with it and not to be insulted if you get laughed at, or don’t get the price you want, shake it off, move onto the next place and try again.  Go bananas, you only get one chance to live.