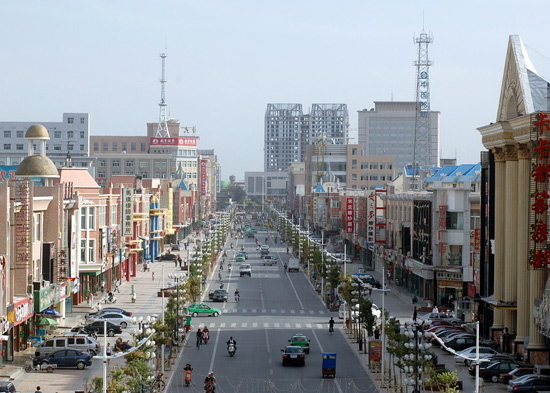 Wuzhong, the largest Hui communitiesin China, is located in the middle of Ningxia Hui Autonomous Region. Being one of the birthplace of the Chinese civilization and an essential Yellow River irrigated area, Wuzhong is often referred as the the pearl of west China. Wuzhong carved its name into the history of north-west China by developing as a major trading port despite being isolated from water; it was a major stop-over for large caravans carrying goods from the eastern parts of China onto the Silk Road through to Asia Minor. In recent times, Wuzhong has become a popular tourist destination. Its desert, open plains and plentiful oasis make it an attractive place to visit for travelers in the north-west; the Heishan Gorge (Black Mountain Gorge) to Zhongwei and the amazing desert park at Shapotou mean that there are lots to keep tourists occupied during their stay. Best time to visit Wuzhong May to October. More information about Wuzhong » 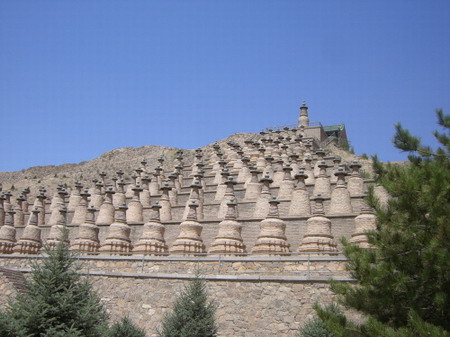 Near the Qingtong Gorge in Wuzhong of Ningxia Province, there is a massive construction of 108 pagodas resting off a major cliff face. Constructed in Western Xia Dynasty (1038-1227), this bizarre and unique sight has a strange but undeniable beauty. Each row of the pagodas built perfectly into the cliff-face move were built over times in single rows, the final structure sits in odd rows of 1...

All Photos of Wuzhong» 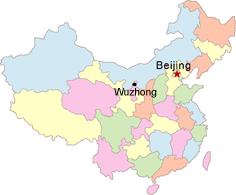