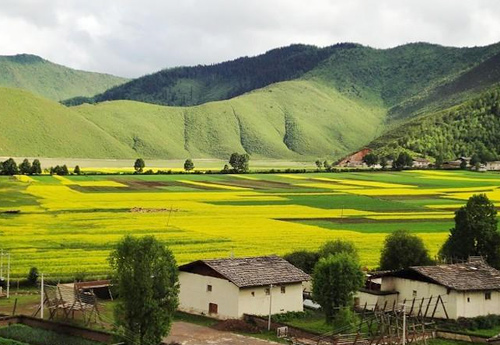 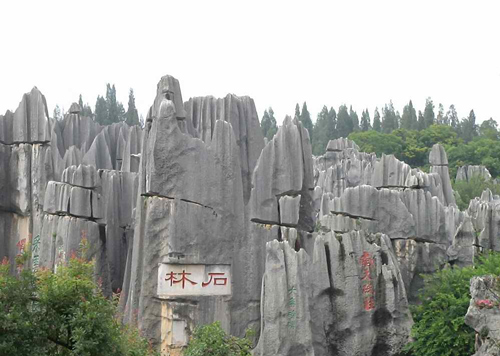 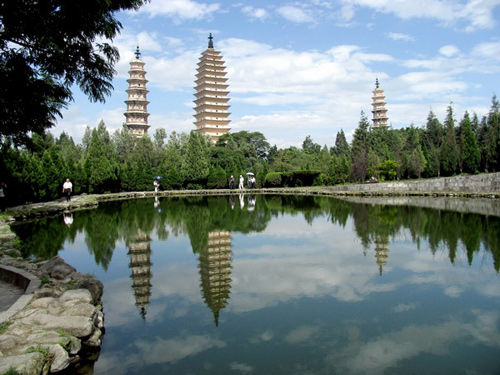 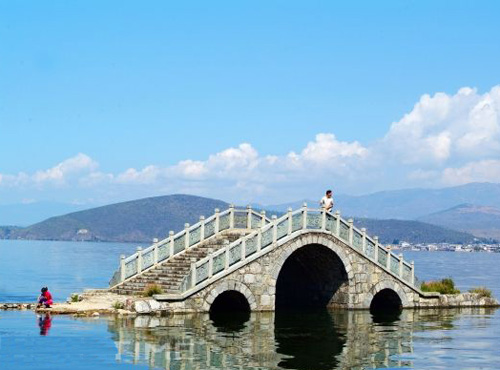 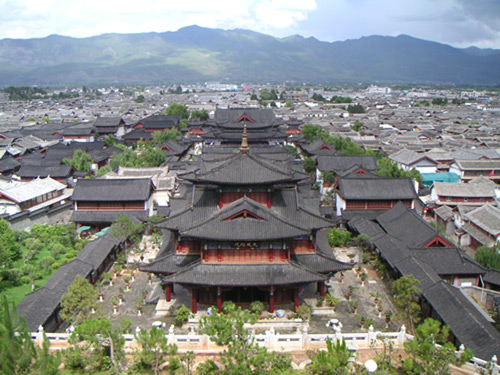 Day 1 Kunming
Upon arrival at airport of Kunming, be met and transferred to your hotel. Be free for the rest of the day. Kunming, the capital and largest city of Yunnan Province, is known as the City of Eternal Spring.
Stay tonight: feature hotel

Day 2 Kunming-Dali (B, L)
Drive for 1.5 hours to visit Stone Forest, a notable set of Karst formations with many looking like trees made of stone, creating the illusion of a forest made of stone. After lunch, drive back to visit the Yuantong Temple, the most famous Buddhist temple in Kunming. In 1950s, it hosted a grand ceremony to greet and send on the sacred teeth of the Buddha and so became important in Southeast Asia. Take overnight train to Dali.

Day 3 Dali (B, L)
Dali, a county-level city in the seat of the Dali Bai Autonomous Prefecture, northwestern Yunnan province in Southwest China. Go boating on the Erhai Lake, an ear-shaped alpine fault lake in Yunnan province; then visit the Three Pagodas, an ensemble of three independent pagodas arranged on the corners of an equilateral triangle, near the town of Dali, dating from the time of the Nanzhao kingdom; visit along with their mother building Chongsheng Monastery, which was once the royal temple of the Kingdom of Dali and one of the largest Buddhist centers in south-east Asia. Stroll in the Dali Old Town, built during Ming Dynasty emperor Hongwu's reign (1368–1398).
Stay tonight: feature hotel

Day 4 Dali-Lijiang (B, L)
Attend morning market at Xizhou Old Town, which is famous for the Bai minority culture, and well preserved houses, streets with Bai’s typical features. Afterward, visit Zhoucheng Village: famous as the 'Hometown of Bai People's Tie-dyeing Art', which originated from the central plains area in ancient China over 1,000 years ago. Drive to Lijiang, enjoy the beautiful views along the way. Go sightseeing at Lijiang Old Town, has a history of more than 800 years. It’s famous for its orderly system of waterways and bridges, and was named as one of the World Cultural Heritages by UNESCO in 1997.
Stay tonight: feature hotel

Day 5 Lijiang (B, L)
Visit Shuhe Old Town, which is a staging post at ancient Tea & Horse Road 6 km northwest of Lijiang center. It is a tranquil town as well as part of the UNESCO Heritage site. Then transfer to Baisha Village, one of the oldest towns in Lijiang City. It got its name “Baisha” meaning “white sand” from the natural white sand in the area. It was also the earliest settlement of the Naxi people. There are many ancient constructions built in the Ming Dynasty such as the Dabaoji Palace, the Liuli Temple and the Wenchang Palace. Then visit Yuhu Village on the outskirts of Lijiang Basin at the foot of Jade Dragon Snow Mountain. The houses were made of a unique stone called monkey head by Naxi people. Visit the Former Residence of Joseph Rock, an Austrian-American explorer, geographer, linguist and botanist, who came to Lijiang in 1922, and lived here for 27 years. The next stop is Black Dragon Pool Park: as the water is as green and lucid as jade, the pond is also entitled "Yuquan" or Jade Fountain. One can see arbours and pavilions beside the pond, temples hidden in the trees and variegated flowers found everywhere. The last attracton today is Dongba Culture Museum: the best place to get a close look at Dongba culture. The museum has more than 10000 Dongba cultural relics and various other historical relics and offers the "Dongba Culture Exhibition".
Stay tonight: feature hotel

Day 6 Lijiang-Shangrila (B, L)
Drive 50km/1h to the First Bend of Yangtze River, which originates from the Qinghai-Tibet Plateau. When the river reaches Shigu Township, it makes an abrupt turn and flows further northward, forming the rare U-shape bend. Then visit Stone Drum Town, an important site in the ancient times of Tea-Horse trade caravan, it owns a Memorial Monument of Red Army’s Long March. And then Tiger Leaping Gorge (HuTiaoXia), a contender for the world's deepest river canyon. Around 15 km in length, the gorge is located where the river passes between 5,596 m Jade Dragon Snow Mountain and 5,396 m Haba Snow Mountain in a series of rapids under steep 2000 meter cliffs. Legend says that in order to escape from a hunter, a tiger jumped across the river at the narrowest point (still 25 meters wide), hence the name. Drive to Shangri-la. Stroll in the Dukezong Old Town, a 1300-year-old Tibetan town, experienced both the flames of war and prosperity of frontier trade. It has authentic Tibetan dwellings, majestic prayer halls and pagodas, winding lanes offer sanctuary to all those seeking refuge from the bustle city.
Stay tonight: feature hotel

Day 7 Shangri-La (B, L)
Shangri-La County is a primarily Tibetan county formerly called Zhongdian County, and was renamed in 2001 after the fictional land of Shangri-La in the 1933 James Hilton novel Lost Horizon. Morning, visit The Ganden Sumtseling Lamasery, a Tibetan Buddhist monastery built in 1679, the largest Tibetan Buddhist monastery in Yunnan, and is referred to as the Little Potala Palace. The transfer to Napa Lake, which is 3270 m (10,728 ft.) above sea level and covers 660 square kilometers (254 square miles). Approximately 8 kilometers northwest of Shangri-La, the lake fills up a valley surrounded on three sides by mountains which are covered in snow during winter and spring time.
Stay tonight: feature hotel

Day 8 Shangri-La / Departure (B)
Be free until be transferred to the airport for your departure flight.