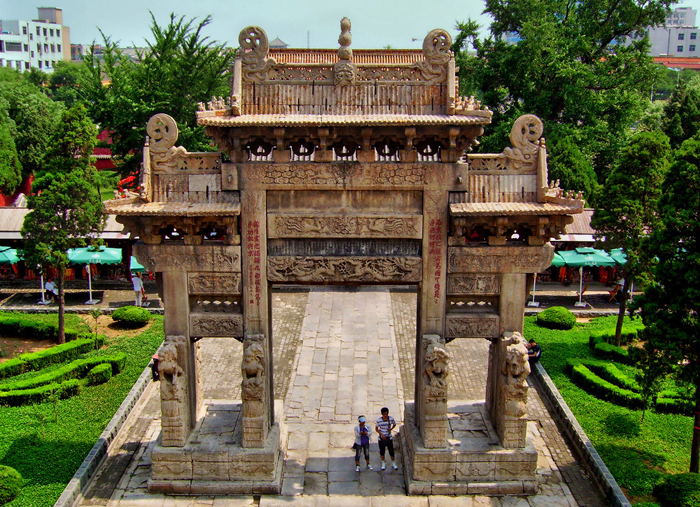 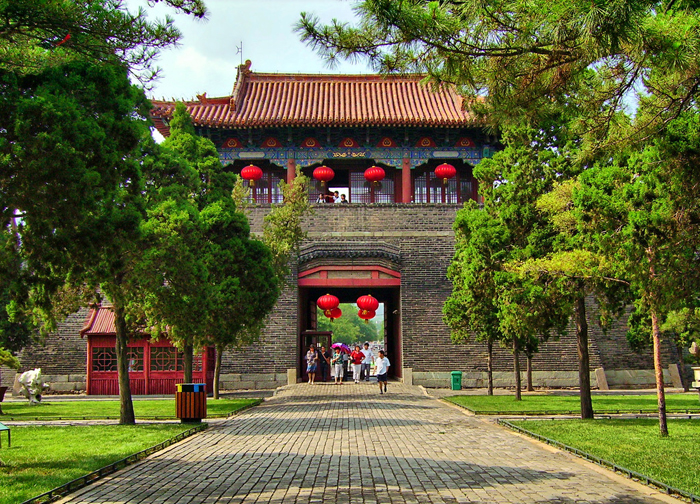 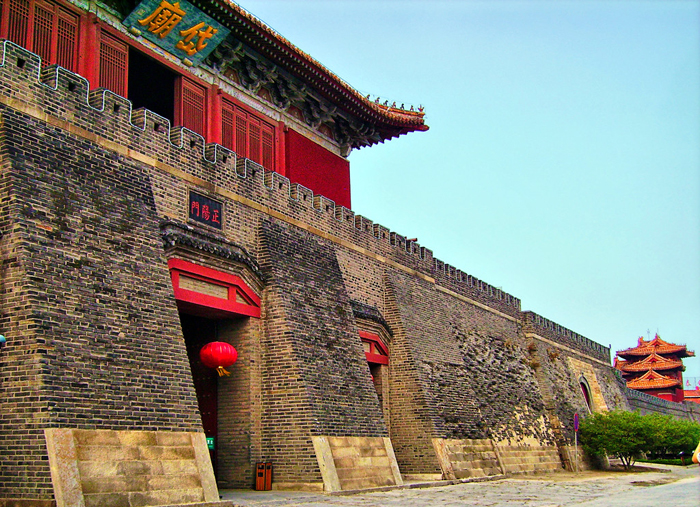 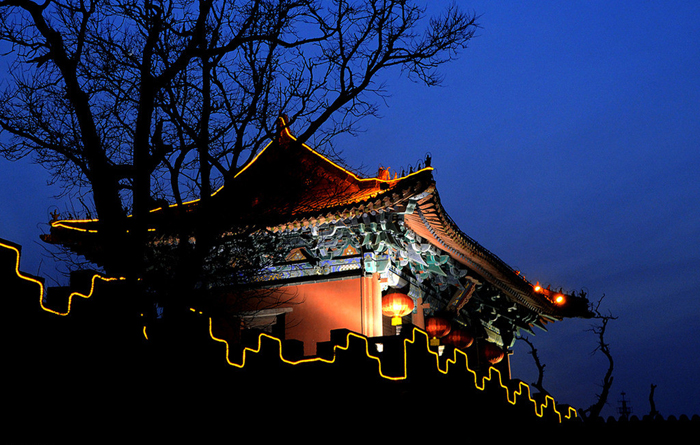 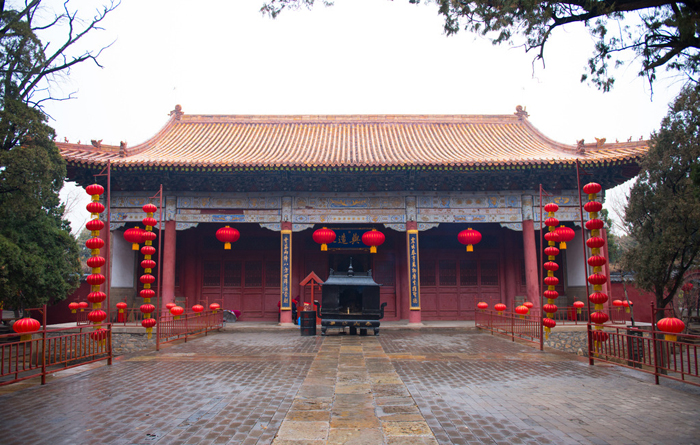 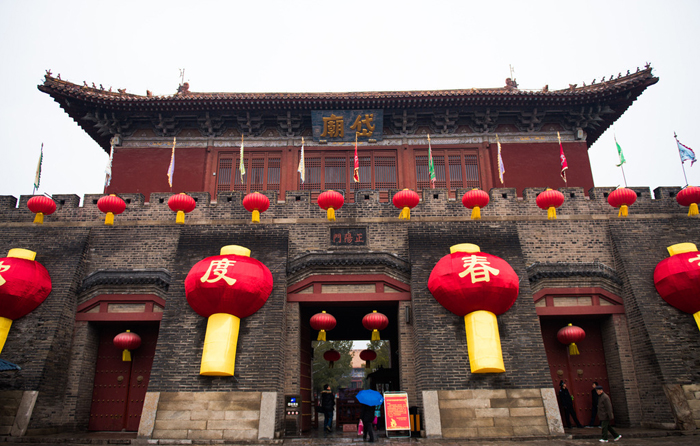 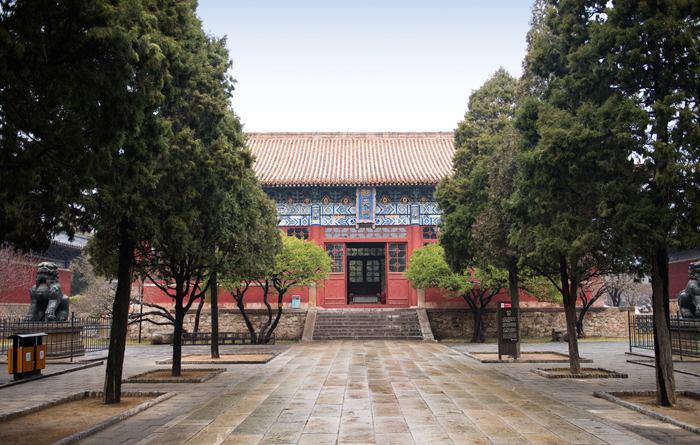 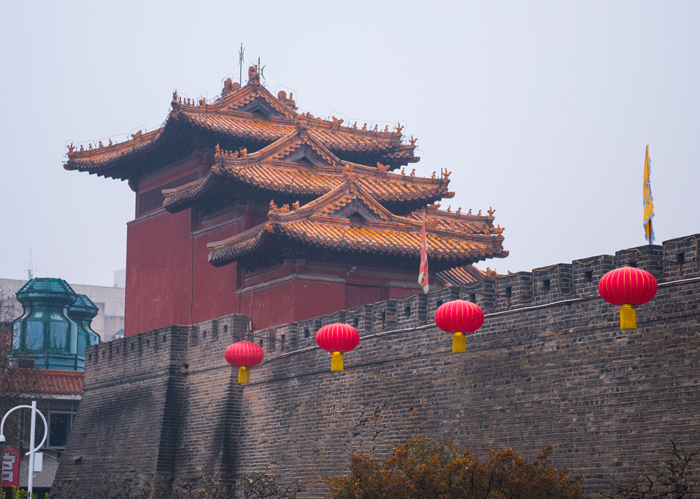 Located in the north of the city, south side of Mountain Taishan, Dai Temple is also called Dongyue temple. It is the largest and most intact ancient architectural complex, and Fengshan Ceremony and God of Mountain Taishan Sacrifice were held in the temple. The majestic Dai Temple was first built in Han Dynasty (202B.C-220A.D) and became glorious in Tang Dynasty (618-907). And when it came to Zhenzong Period (968-1022) of Song Dynasty, the temple was enlarged. The style follows that of imperial palace, boasting one hundred and fifty architectures in total. The Temple, Mansion and Cemetery of Confucius, the Imperial Palace, Emperor Kangxi’s Summer Mountain Resort in Chengde and Dai Temple are deemed as the Four Great Ancient Architecture Complex of China. 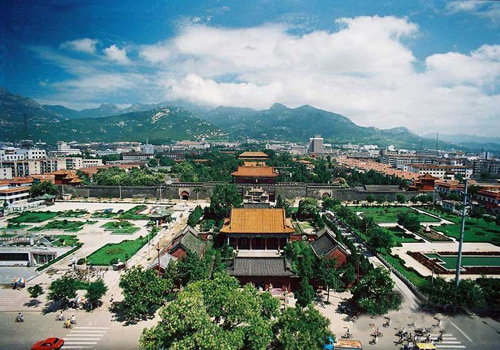 Main attractions in the Dai Temple

Between Yaocan Ting and Dai Temple stand Daimiao Memorial Archway, or you may call it Linglong Memorial Archway. Built in the year of 1672, it is decorated with relief, exquisite and imposing, and can be counted as a rare stone carving of Qing Dynasty (1636-1911). The top of the archway is xieshan style, while columns are carved with lively lions and dragons with various postures. Besides, couplets on the column are in sight, from which you can realize the majesty of Mountain Taishan.

Also called Caocan Ting, connecting Tongtian Street and Zhengyang Gate, Yaocan Ting is the front courtyard of Dai Temple. Almost all emperors and ministers had to pay homage here before holding sacrifice rituals in Dai Temple. It is a complete courtyard where square kiosk, main hall, south mountain door and north mountain door and other architecture are arranged in order. 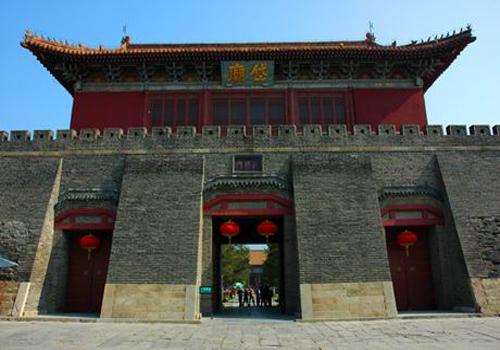 Stepping outside the Daimiao Memorial Archway, you can catch sight of the tall and lofty Zhengyang gate. First built in the Song Dynasty and destroyed in the middle of 1900s, Zhengyang gate, what we see today, was constructed in 1985 after the fashion of architectural style of Song Dynasty. Its two scarlet doors are ornamented with animal head appliqué, symbolic of dignity of the Dai Temple. In the past, it was the emperor who can enter the gate. Wufeng Lou above it is eleven metres tall, boasting five rooms, looking like golden dragon dancing agilely.

If you count carefully enough, you can find there are as many as eight doors, five of which face south, that is to say, the middle one is Zhengyang door, flanked by which are side doors, the east one called Yanggao (仰高), the west one Jianda (见大). The east door is Donghua(东华) or Qingyang (青阳); the east gate is Xiuhua (西华) or Sujing (素景); the north gate is Houzai (厚载) or Luzhan (鲁瞻). On top of each door stands building, with the front door called Wufeng Lou, the back door Wangyue Lou.

Inside Zhengyang gate is just Peitian gate (配天门), in which are displayed relics of Dawenkou culture. Apart from that, twenty-one upright stone tablets are in sight next to the both sides of the door.

In the west of the Dai Temple, opposite to the Hanbai courtyard in the east. The locust tree in the courtyard used to be exuberant and Pagodaing; however, it died in the Republic of China (1912-1949). In the year of 1952, locust trees were transplanted and a tablet singing its praise was erected. When breeze caresses your cheek, fragrance of the tree was wafted…What a wonderful world! 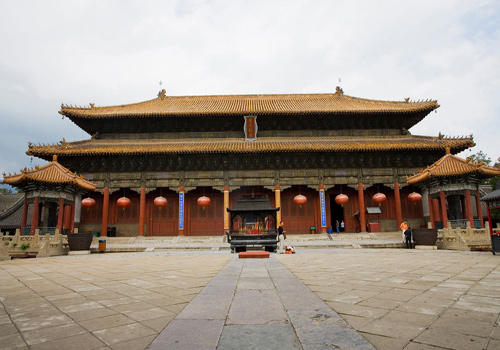 Constructed in 1009, 48.7 metres long, 19.73 metres wide, and 22.3 metres tall, Tiankuang hall is the main part of the Dai Temple, as well as the palace of the God of Mountain Taishan. Twenty-two metres tall, it covers an area of about 970 square kilometers. With its double-eaves cladded with yellow glazed tiles, the hall has a vertical board inscribes with "宋天贶殿", literally meaning Tiankuang Hall of the Song Dynasty. God of Mountain Taishan is enshrined in the hall, while stunning murals, over three metres high, sixty-two metres long, on the north, east and west walls are unfolding before your eyes! It is a masterpiece of Taoism and depicts the vast and mighty spectacle of God of Mountain Taishan going on royal progress. The hall is painted with exquisite and colourful drawings and supported by eight pillars of bright red – so splendid and grand that it is on par with Taihe Hall of the Forbidden City in Beijing and Dacheng Hall of Qufu in Shandong province, thus being commended as the top three palaces of ancient China. 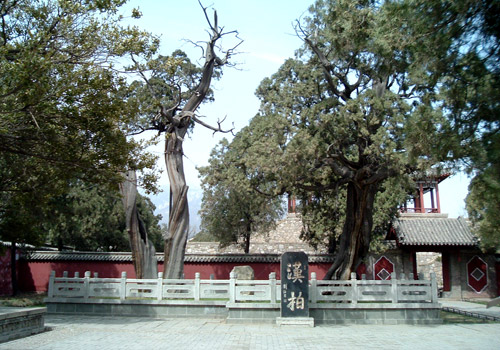 Located in the east of the Dai Temple, the courtyard used to be called Bingling Hall or East Palace. Five ancient cypresses standing around were said to be planted in the reign Emperor Wu of Han (156-87B.C). Guarding the courtyard in the face of coldness, they are one of the top eight attractions of Taian city. Besides, ninety tablets are within reach, including the poems written by Emperor Qianlong, and Mi Fu, calligrapher of North Song Dynasty.

What strikes visitors most is the scenic spots in the backyard of the Dai Temple – the copper pavilion in the east and the iron pagoda in the west. The copper pavilion is also called Jinque. Cast in 1613, the pavilion, 4.4 metres long, 3.4 metres wide, is one of the notable copper pavilions around China. Another amazing spot is Li Si Tablet, which was carved in small seal style by Li Si, prime minister of Qin Dynasty (221-206B.C), under the imperial edict of Qin Er Shi in 209B.C. In a large degree, it has become the gem of the world. With respect to the Iron Pagoda in the west, it was constructed in the Jiajing Period (1522-1566) of Ming Dynasty. It used to be thirteen tiers, but in the Anti-Japanese War (1937-1945) it was destroyed to only three tiers.

Lying in north of Hanbai Courtyard, it was the lodging for the emperor of Qing Dynasty when travelling. In 1985, it acted as the show room where visitors can appreciate invaluable relics of Mountain Taishan.