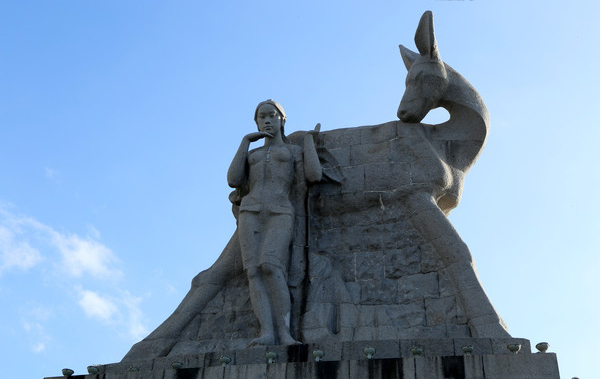 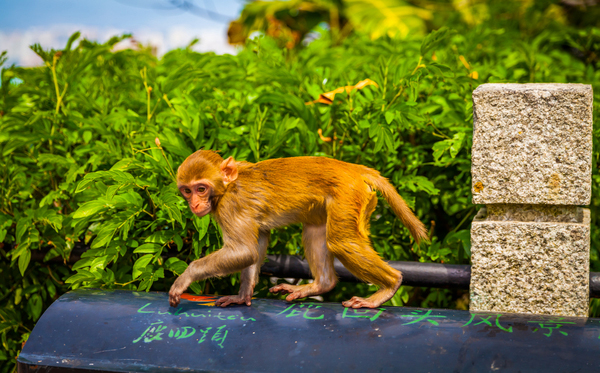 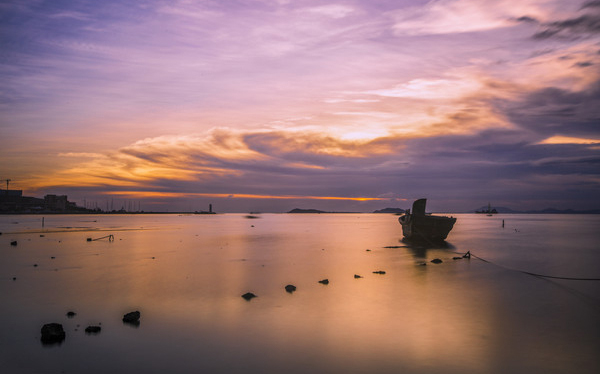 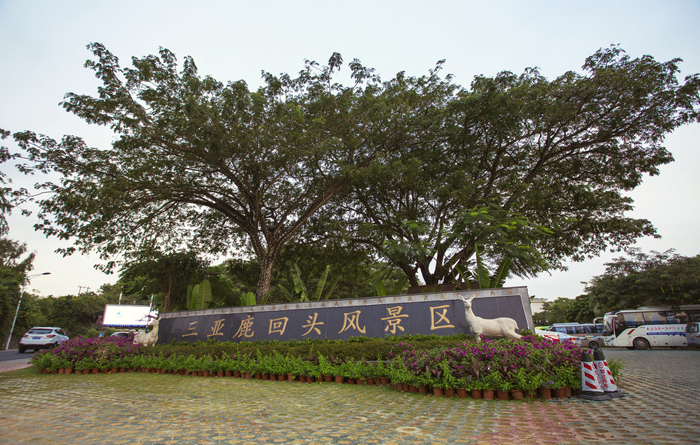 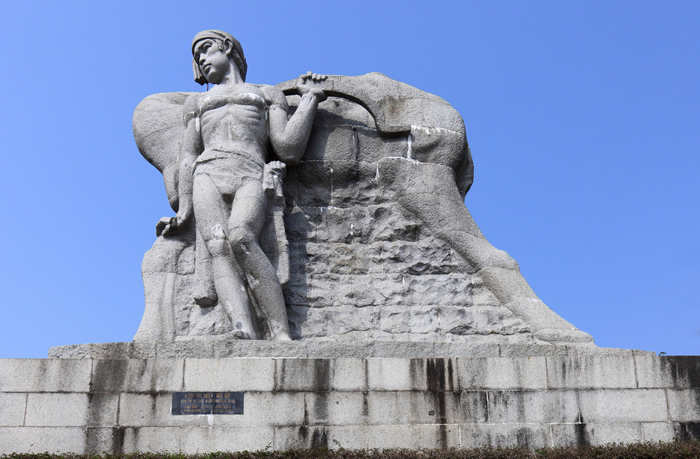 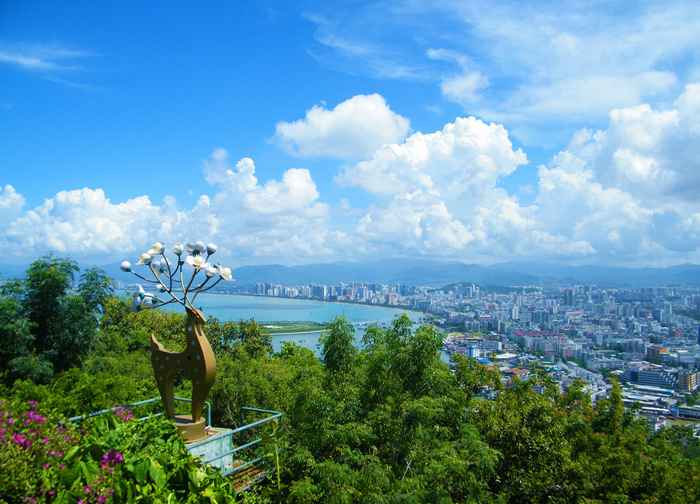 Located 3 km south of Sanya, the Luhuitou Peninsula is the southmost hill of Hainan Island. The summit of it is as high as 275 meters and people can have a panoramic view of Sanya on it.

As the "sacred hill of Li People", Luhuitou, literally a deer looking back, has its name relevant to a lover legend of the Li. The story goes it that one day a deer was pursued by a young Li hunter, who went after it to the cliff by the South Sea. Having no way out, the deer looked back suddenly, which bewildered the hunter greatly. Unexpectedly, a cloud of fog popped up and the deer turned to be a young girl. The two guys fell in love with each other at the first sight and married finally. Hence, the hill was named after "Luhuitou" in memory of their love. Today, stone sculptures about the story have been set up at the Luhuitou Park on the hill, which bring Sanya the fame of "City of Deer". 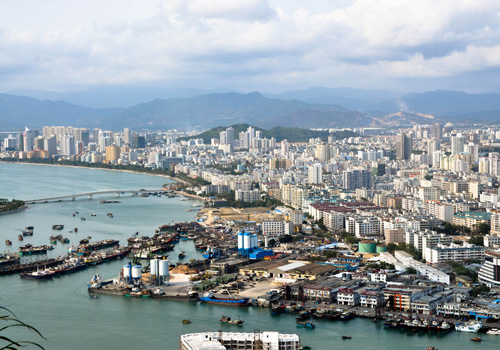 Sitting at the southwest of Luhuitou Peninsula, the Luhuitou Park is completed in 1989 with an area of 828,800 square meters. Three sides of the park face the South Sea and the rest side leads to downtown Sanya. Being the best site for watching sunrise and sunset and the cityscape of Sanya, Luhuitou is also a park themed on love, Li culture and natural zoology. 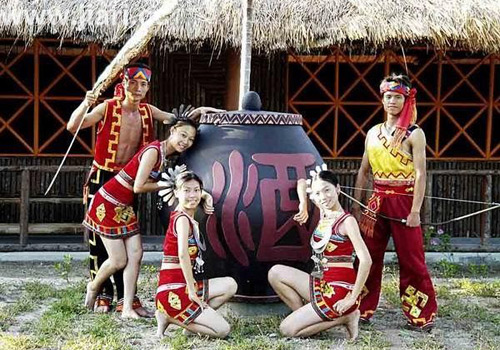