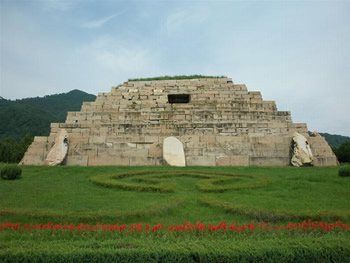 Located in the southeast of Jinlin Province, Ji’an borders Liaoning Province in the southeast and Tonghua City in the north and sees Yalujiang River’s distance from North Korea. It has a delightful climate with four distinct seasons and picturesque landscapes, enjoying the fame of “Small Jiangnan” (Jiangnan here refers to the region south of Yangtze River, which is famous for its delightful climate and beautiful scenery). There are totally nine nationalities, such as Han, Korean and Man Ethnic Group. Ji’an is also a famous frontier city of Southeast China and an important distributing center in Changbaishan Mountain area. Ji’an possesses a long history and profound culture, as early as in 37 A.D, Gaojuli Ethnic Group, also known as Koguro nationality, built its Kingdom in Ylujiang River and Hunjiang River area. And its capital was moved to Ji’an city and last for 425 years. In 2004, the Capital Cities and Toms of Ancient Koguro Kingdom were listed as the world heritage. The tourism in Ji’an is also ascendant, with the ancient culture tours and Eco-travel as the leading. Ancient splendid history has left famous historical relics... More information about Ji'an » 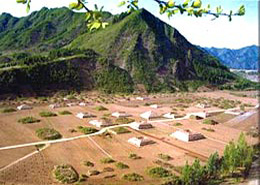 Capital Cities and Tombs of the Ancient Koguryo Kingdom

Chinese name: 高句丽王城、王陵及贵族墓葬 (Gaogouli Wangcheng Wangling Ji Guizu Muzang) Location: in Jian City, Jilin Province. Admission fee: 40 yuan for adults; 20 yuan for children. Opening time: 08:30-18:00. How to get there: - There is no nonstop bus to bring visitors to the scenic spot, so visitors can reach there by taxi or by charted bus. Best time to visit: July and August. Introduction to Cap...

More about Capital Cities and Tombs of the Ancient Koguryo Kingdom

All Photos of Ji'an» 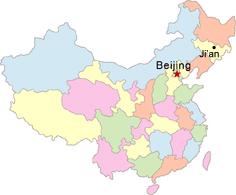