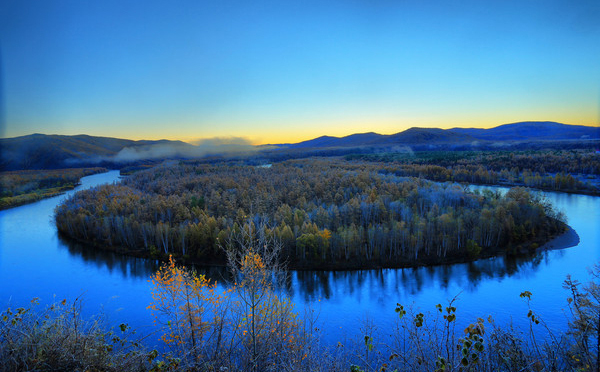 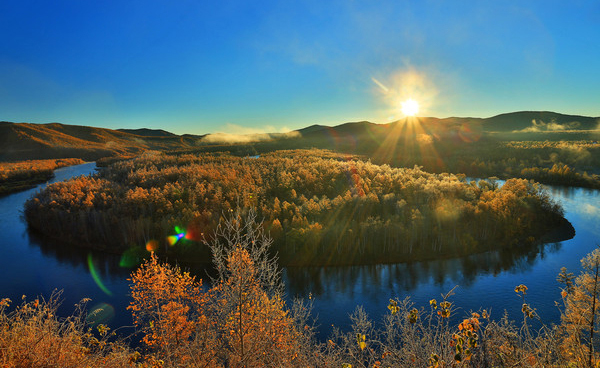 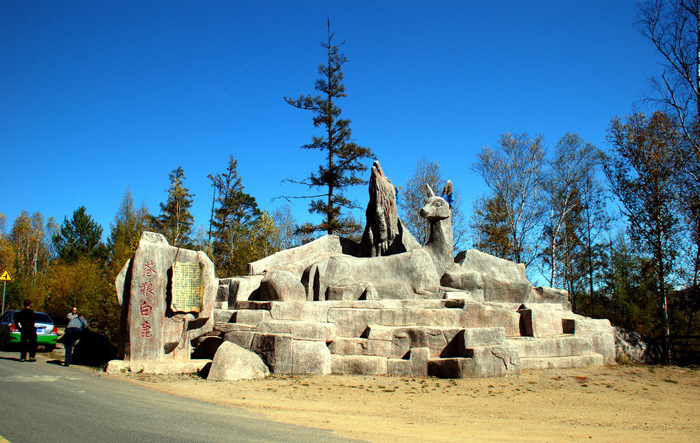 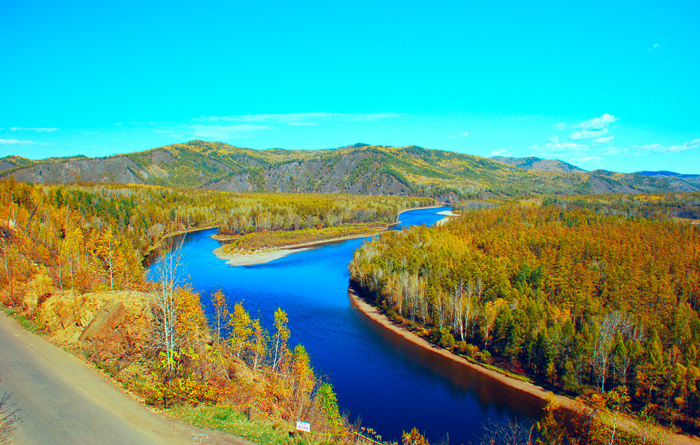 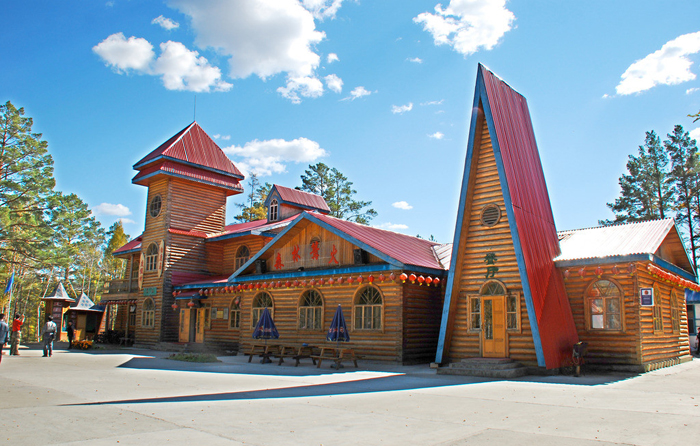 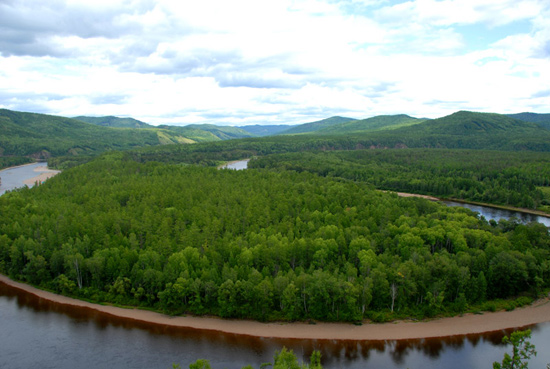 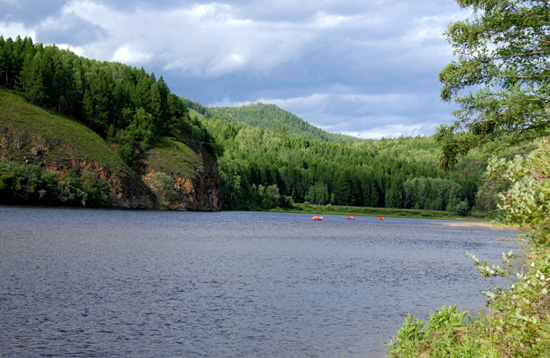 In the Mordaga National Forest Park the Jiliu River flows in the larger Ergun River. At the junction of these two rivers there are two small islands and the water wriggles the islands forming an 'S' shape. These two islands are named Greay Wolf and White Dear respectively, covered in wild flowers, exuberant trees and craggy peaks that offer spectacular views over the rest of the forest park.

The islands have been inscribed into the myths and legends of Mordaga. According to ancient legends the Mongols and a tribe known as the Tujue People fought a bitter war in which there were only four survivors: two women and two men. One of the couples whose names were Boertiechina (Grey Wolf) and Huoaimalanle (White Deer) fled to the bank of the Jiliu River, settling and raised their offspring there by fishing and hunting. They loved each other so much that they became two islands accompanying each other eternally after their death. Hence, the two islands were named after the couple's names.

Today on the Grey Wolf Island the King Hasar Hunting Ground has been put up, with herds of chicken and rabbits bred for people to experience the original hunting. The White Deer Island has been equipped with modern amenities such as Russian-style villas and sauna house which makes it very attractive for both domestic and international travelers. Visitors are able to indulge in day long spa-treatments, enjoy long, wandering strolls through the untouched forest on the island, enjoy the "bon-fire" night in which all hotel guests are invited to attend as well enjoying the hospitality of the Russian staff.