The Chinese Winter Solstice Festival has come this year. It is a festival even equivalent to the New Year in the past, telling people that the winter days have come formally.

Origin of the Festival

The Winter Solstice Festival, which comes on December 22nd or December 23rd, is also called  "Winter Festival". According to the traditional Chinese lunar calendar, one year can be divided into 24 solar terms, and the Winter Solstice is one. Since China is located in the Northern Hemisphere and the sun shines directly on Tropic of Capricorn on that day, the day of the Northern Hemisphere is the shortest all the year around on this day. Then the sun moves towards the Tropic of Cancer gradually after, the daytime of China being longer and longer. Therefore, the Winter Solstice is one of the most important solar terms. After this festival, the “yang” (a term of the principle in nature) will start slowly picked up. 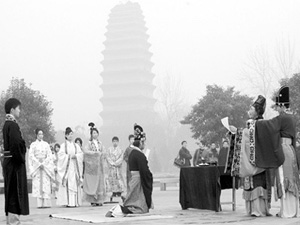 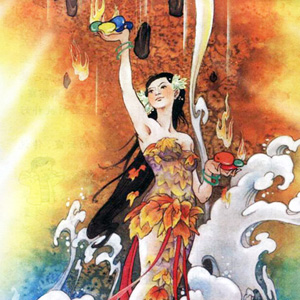 It was said there was a woman called Nvwa with human head and snake body when Pangu created the world. Seeing there was a large hollow in the sky, she mended it by colored stones. And she also made the human beings by earth. When the cold Winter Solstice came, the ears of the human beings were always froze off. So she made a hole in their ears and threaded a line across the ears to the mouths. And the human beings can prevented the falling of the ears by biting this line. People today eat dumplings (with the shape of ears) during Winter Festival. They bite the stuffing (which is of the same pronunciation as the line in Chinese) to spend this day. Many districts of China eat dumplings on Winter Solstice Festival and some places eat wontons. People in Guangxi usually have steamed beancurd buns.
Customs on This Day
In North China 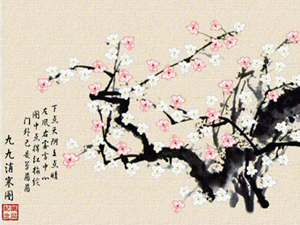 Many historical conventions have been passed down to be the customs of the North China Winter Solstice Festival. While the celebrating forms are diversified.

Many people make "Jiujiuxiaohan" works, but in various styles. Some paint a plum blossom and 81 petals from the day after the festival, one day each. After the painting is completed, the day after will get warm. The most elegant form is making antithetical couplets.
It is also a custom to send shoes as a gift. People today usually make or by shoes and then send them to the children. 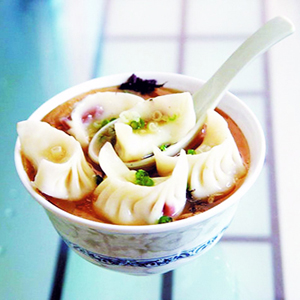 The boys in North Shanxi district get used to play the "Dagang" game while girls usually kick shuttlecocks. Even the adults will join in the fun.
Treating for teachers is an important habit on this day. And some people give a banquet to treat their employees.
In South China 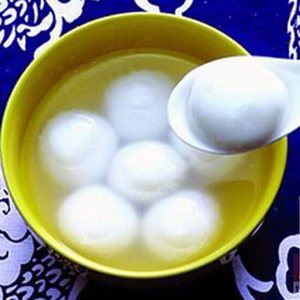 The night on this day is the longest during a year, so "Winter Solstice rice ball" are made at this night. Children are happy on this day and usually make the rice balls in shape of cute animals. And the rice balls are must ate by couple for good luck. If two balls are left at last, the married will have all their wishes; if one, the unmarried will have success. Fruits and food are used to sacrifice to the ancestors.
Some people "dry winter rice", they wash some rice, dry and keep them, preparing to make porridges for the patience in the future.
--- By Haphine (VisitOurChina)
Tags: Winter Solstice Festival 24 solar terms Jiujiuxiaohan origin Nvwa dumplings rice balls

We had a family reunion on that day, it was great.

Yes. It seems that most of Chinese festivals are related to family reunion.O(∩_∩)O