The three “treasures” of Guilin refer to three representatives of traditional local products, which are Guilin Sanhua wine, Guilin fermented bean curd and Guilin chili sauce. People who come to visit Guilin, especially the domestic visitors, like to taste the three “treasures” and even buy some as souvenirs for relatives and friends.

Guilin Sanhua wine is the representative of Chinese rice-flavor liquor, known as the king of rice wine, and it is the pride of Guilin people. Guilin Sanhua wine is favored by Chinese and foreign tourists for its long history, unique craftsmanship and excellent quality. 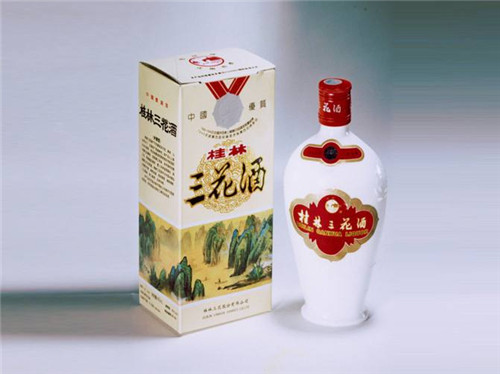 The reason why Guilin Sanhua wine is of high quality, in addition to using good-quality rice, clear water from Li River with no impurities, and specially-made distiller's yeast, it is also because of the unique storage conditions of the caves in Guilin, which are warm in winter and cool in summer, making the wine more mellow and aromatic. People in Guilin like to entertain guests with Sanhua wine since ancient times. In 1972, former US president Richard Nixon visited Guilin and tasted Sanhua wine, which he called Guilin Moutai. 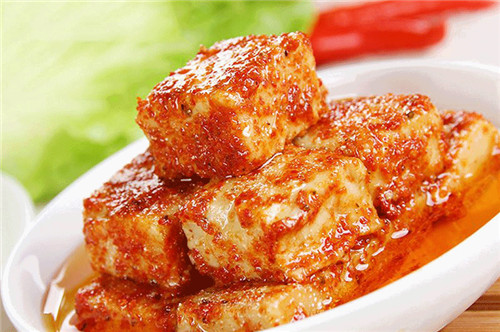 Guilin fermented bean curd has a long history and has been famous for 200 years. It is made with soybeans as the main raw material and is divided into spiced bean curd and chili bean curd two kinds. Guilin fermented bean curd is characterized by thin skin, smooth and soft, and tastes delicious. From its smell, the mixed flavor of Sichuan pepper, laurel tincture, anise, garlic, and Sanhua wine can be distinguished. Its taste is everlasting. 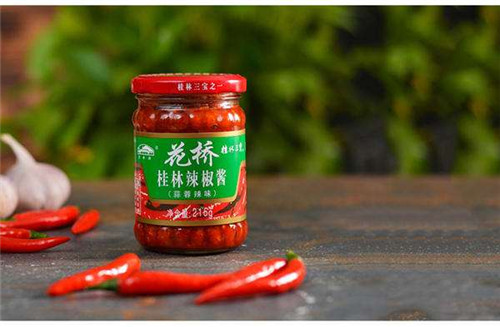 Guilin chili sauce has a history of about 100 years. Because of its unique flavor, it is popular not only in mainland China, but also in Hong Kong, Macao and Southeast Asia. Main ingredients of chili sauce are fresh red peppers, fermented soya beans and garlic. The selection of ingredients is very particular, and the production process is unique. The fermented soya beans used are specially made by factory, and the red peppers are provided by dedicated base. To make the chili sauce, fresh peppers are picked, cleaned, and minced, strictly mix with other raw materials according to the formula, seal the vats, and store them for sale after a certain period of time. It has the characteristics of fresh and spicy, salty and delicious. It can whet the appetite and promote digestion, is a good seasoning for banquets or families. The traditional production technique of Guilin fermented soya beans chili sauce was listed as municipal intangible cultural heritage.