My good friend and travel buddy Jay White is joining me on this adventure, a return to China for both of us. I began working on this travel adventure with '"Visit Our China" English speaking travel executive Sandy Ren of Guilin, China in April of 2015. I had chosen several important and popular travel destinations in southeast China and had asked Sandy to work them all into a 3 week visit. The plan was to visit China in September of 2016. Things didn't work out that way as I began to have 'issues' with my left knee. I had been getting cortisone injections in both knees for several years. Suddenly these injections no longer alleviated the pain. In the meantime I had signed up for a baseball tour to Cuba that was to take place in December of 2015. My son Pete was to join me on this tour. I wanted to be part of this adventure so I limped my way through Cuba.

2016 began and the first of my 3 replacement procedures took place in January. Visiting China was out of the picture for 2016. During this time I had physical therapy twice a week until June of 2017. In March of this year, Sandy contacted me again and we began to modify and refine the tour for September of this year. Sandy did an exemplary job of setting up a new tour for Jay and myself. She was so patient about everything. Jay and I are excited and eager to experience some of what China has to offer so we're ready to go.

It's now 6 September, the day of our departure and not surprisingly I awoke before the alarm clock went off. Saying goodbye to Valerie (and Phoebe, our cocker spaniel pup) is never easy but knowing that I will see them in a few weeks gives me such a good feeling. My good friend Dr. Ken Dayton picked me up at 7:15 AM and off to the airport we went. This Wednesday was not a busy day at the airport. Good news for me. Ticketing, luggage drop off, security and passport control all went very quickly and I was at the departure gate with plenty of time to spare. A 9:50 AM departure for Chicago and about an hour of flight time. From Chicago to Hong Kong the flight time is just short of 16 hours.  We departed from Chicago at 1:25 PM and expect to arrive in Hong Kong at 6:10 PM on Thursday, 7 September. We lose a day while traveling west but obviously regain it on our return home. 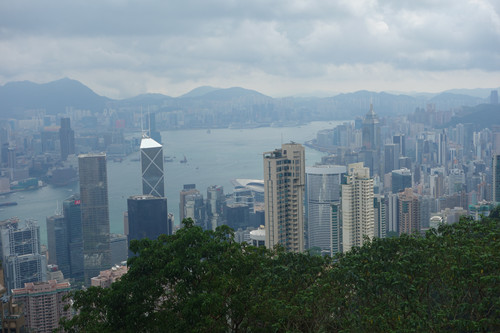