Different from the western countries, Chinese new year comes almost  one month later. As one of the most important festivals in Chinese culture, every Chinese person celebrates it from the bottom of heart, no matter in the China or abroad, old or young. So, what are special features of Spring Festivals? 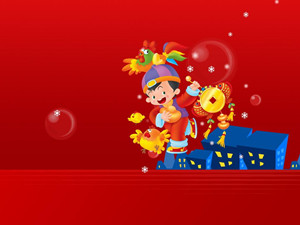 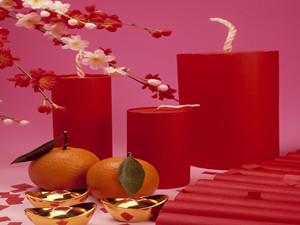 Many foreigners ask why red color is a lucky color?  If you had watched a movie “ Hero” directed by famous director-Zhang Yimou, you should notice that the color of palace of Qin Dynasty is black, not red! In the ancient time, people believed deeply in the Fengshui theory and warlock’s words. In the Fengshui theory, the red belong to the east, white belong to the north, black belong to the west and blue belong to the south. Because the capital of Qin dynasty (Xian) was located in the west part of China, so the black color was a lucky color of Qin dynasty(221-206BC). Qin dynasty was the first united China in the history, but it only existed 14 years.

Han dynasty(202BC—220A.D) as the second dynasty of united China in the history, existing about 400 years, with great influence to Chinese culture. The first emperor of Han dynasty was called Liu Bang, he was born in the Jiangsu province, the east part of china. Han dynasty adopted red color as an auspicious color. In this 400 years’ ruling period of Han dynasty, a new ethnic Han was formed. Han people inherited many tradition of Han dynasty including the red color as lucky color. Now in China the Han people’ population occupied the 92﹪ population of whole China. Influenced by Chinese culture, Japan, Korea and Vietnam also regard the red color is an auspicious color. 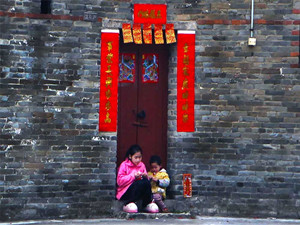 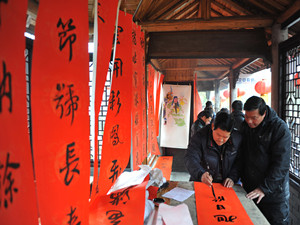 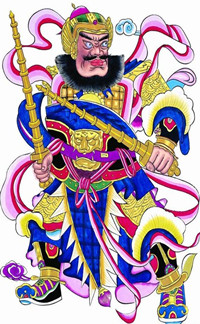 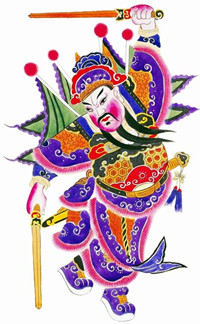 Except Spring Festival Couplets, people are happy to put colorful pictures on wall and door adding happy atmosphere of closing new year. These colorful pictures are called Nian Hua. It means “ New Year Pictures”. Nianhua are prints or pictures originated in Qin (221-206BC) and Han (206BC-220AD) dynasty. During this period images of gods and on doorways first appeared and were believed to be able to ward off evil spirits and invite good things coming into home. The dominated themes of Nianhua mainly are folk gods of door, money, longevity, fire, fortune etc. The most popular one of them is the door god. People stick the pictures of door gods on the door to dispel the disturbance of ghost. Usually these two door gods are two army generals of the second emperor of Tang dynasty. Li shiming was the second emperor of Tang dynasty, he thrived his country and won respect from people. But this emperor had a shameful past. He killed his brother and threatened his father (the first emperor of Tang dynasty) to give up power. After Li Shiming’s enthronement, he could not sleep well because of the disturbance of wild ghost. Qin Qiong and Yuchi Gong were two brave army generals under the leadership of the second emperor. When they heard this news, they stood at the door of emperor’ room every night. Since then, the emperor had good sleep every night. Later this emperor asked a famous artist draw two pictures of this two army generals and stick their pictures on the door instead of real men standing there. This is the most famous story of sticking door god on door in spring festival. 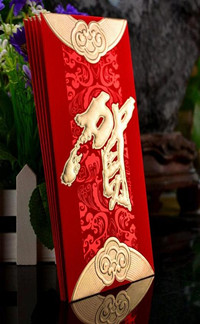 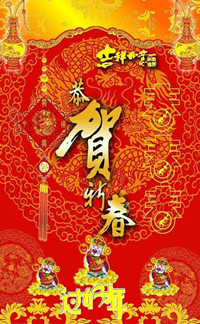 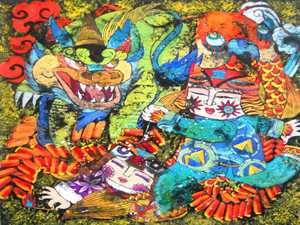 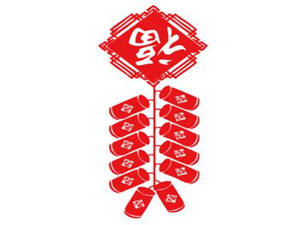 Long long ago there was a monster called Xi. He always came to village at the end of year to steal food and destroy the house. He was so strong that he was not afraid of human fighting. Finally people found this monster only afraid of big noise and red color. People cut lots of bamboo, and put them into the fire, the green bamboo can explode in the fire and make a very loud sound and scare off this monster. Later Chinese people invented fire powder and wrapped with red paper, thus Fire crackers were created and fire crackers took place of burning bamboo 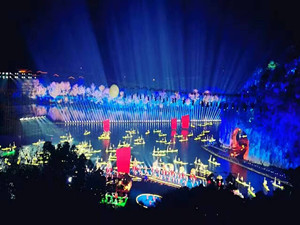 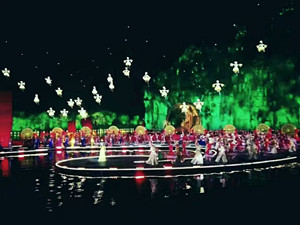 In 2017, Spring Festival Evening Gala will have another 4 stages outside of Beijing and separated in different cities, Guilin, Xichang, Harbin and Shanghai. Guilin is the first time to become part of Spring Festival Evening Gala, the stage was constructed in the Elephant Hill Park on the Li river. The wonderful performance combining beautiful landscape will devote a great gift to every audience in the eve of new year ( 27th/January). 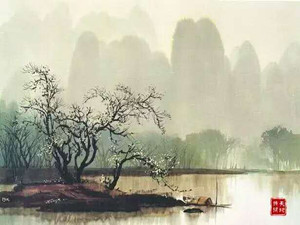 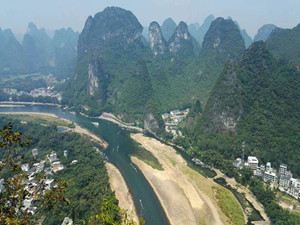 Guilin become part of Spring Festival Evening Gala of CCTV is lucky for Guilin people. Through this gala, people across the world will know this city reputed with best landscape under the sky. Guilin is an ancient city with the history date back 2000 years ago. But Guilin became famous because of the unique limestone mountains and clean Li river. CNN had rated Li river as on of 14 rivers worth you have a look in your life. As a center in the south-west part of China, Guilin has good transportation system link main cites in china and abroad by bullet train and airline. Based on advanced tourism facilities, tourist will enjoy memorable sightseeing as well as boutique hotel and tasty meals VisitOurChina.com is professional working team specializing in traveling service for decades.  Located in picturesque Guilin, we offer national wide travel service across china, no matter private tour or Bus group tour.

At the beginning of new year (rooster), we hope all visitors to website of VisitOurChina.com be lucky, wealthy, healthy and prosperous in business.