Today is a wonderful day. Our company(VisitOurChina.com) arranged a family-friendly outdoor activity for all the staffs work in the office. VisitOurChina is united and harmonious working team, we not only meticulous take care of the requirement of our customers but also kindly take care of our diligent staffs in office. 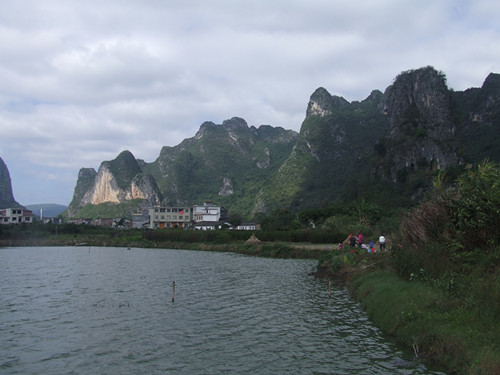 The destination is in the Lipu county and very close to the famous scenic area—Silver Cave. Silver Cave is a AAAA scenic spot, with lot of stalagmite and stalactite. But this time we have no time to visit there.

At 9 o’clock, we started from our company near the Jiatianxia  Square by a big coach, almost everybody brought his or her family members, most of them are children. The subject of the activity is “Dig Sweet Potato and Taro”. For the children grew up in the countryside, maybe this was a boring labor work, but for the children grew up in the city, this activity was attractive because they never saw the sweet potato and taro in the soil but only in the market or just on the dinning table. So this activity arranged by visitourchina.com is also called Education Activity.

The weather was very good, sunny with a little breeze.

From Guilin to Lipu, the distance is about 88 Km, we drove about 2 hours. The fields of sweet potato and taro were located nearby Xiao Qin Shan Village, where is an old village surrounded by typical limestone mountains. Guilin limestone mountains are kind of special landform of karst, listed in the World Natural Heritages in 2014. 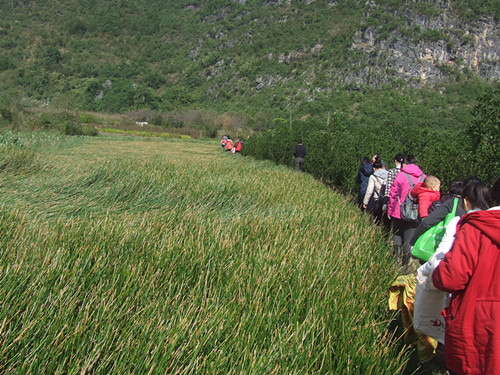 When we arrived the village, we directly went the field of sweet potato. Beside sweet potato and taro, we found here was abundant of other agriculture products. For example, the water chestnut also grows very good here, water chestnut was also called “Horse Hoof” or “Boji” in Chinese language, the famous writer Luxun had mentioned it many times in his articles. 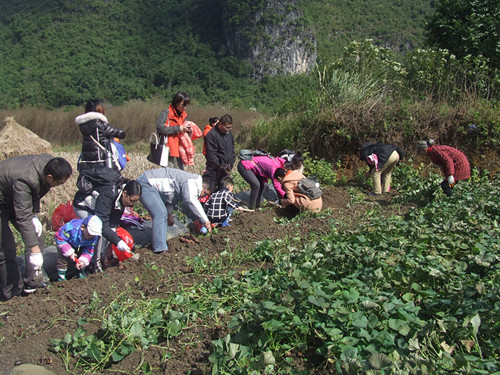 Because past several days, weather rained frequently, the soil was soft and easy to dig. Everybody had a small shovel. At first kids did not kwon how to dig the sweet potatoes, could not dig out a complete potato and hurted the sweet potato deeply. But later under their parent’s instructions, they  did a very good job.  The sweet potato is a kind of vine plant creeping on the ground with the bulb in the soil. If you find the root of vine, you can easily find potato. Sweet potato is a good healthy bulb. When I was young I ate lots of them, because I grew up in the countryside. If you check on the internet, you can find there are many benefits of eating sweet potato, like the function of anti-cancer and good for the heart. Sweet potato is not a native plant in China, it was said the sweet potato originally is from American. And it replanted in China at about in Ming dynasty（1368-1644），this plant has high yield but little requirement with the soil, so it was widly planted in China. In 1960s, a big starvation happened in china, many people survived because of the sweet potato grew up well in the mountains. 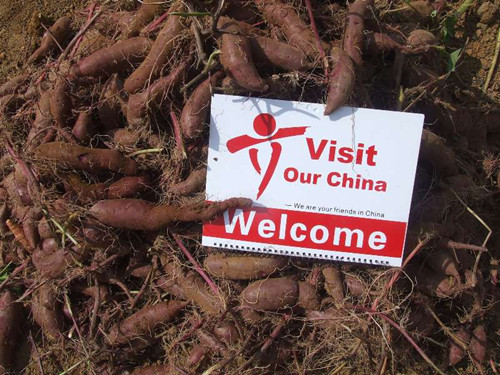 After about 40 minutes digging, every body harvest lot of sweet potato and showed no tired appearance, just like the attitude of VisitOurChina, full of passion and energy.

Then we went to the taro fields. Lipu taro is famous in China because of  a TV serial “The prime minister of Pot Liu” broadcasted cross whole country, the story said the emperor in Beijing liked the Taro in Lipu very much. In Lipu there was a piece of land called “ Land of Tribute”, because the taro in this land was specially for emperor.

Like sweet potato, taro bulb grew in the soil. Because the stem of taro is strong, so it was unnecessary to dig it. we directly hold the stem and draw the taro out of the soil. 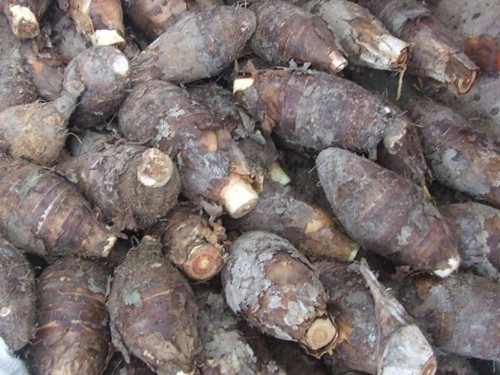 According to the nutrition analysis, the lipu taro is rich of multi-elements nutrition, especially of the element of fluorine which is good for the teeth. Beside good nutrition, Chef like cooking with taro. The “Steam Taro with Braised pork” is a must-to-do dish on local bouquet. 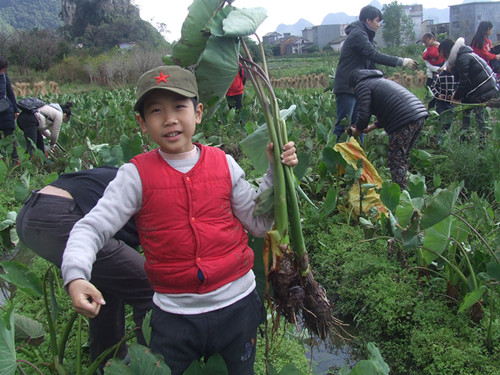 After the funny work in the field, we had leisure time walked round this quite and beautiful old village. The history of the village dates back to Song dynasty, about 900 years ago. The old buildings mostly were built in Ming and Qing dynasty(1644--1911). Inside the village there is a lotus pond, where is the center of the village. Despite long time goes by, the village gate is still well reserved. On the top of the gate there are 3 big character” LV Xiang Men” in good calligraphy style. The meaning is “ The gate to auspicious way”. 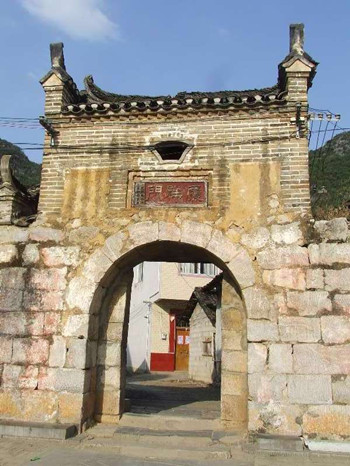 Finally we had a late lunch. On the table many dish were made of Taro. The favorite one was “ Taro Chicken”, I highly recommended it, the taste was absolutely good.  In the afternoon we were back to Guilin.
This day was full of beautiful sunshine, interesting activities, delicious food and intimately touched with nature which greatly impressed me. Next week we will work again with refreshed mood and let our customer discover more in China.