My Trip to Sanya

Last week I went to Sanya to visit my best friend Alina, who I had come to China with. Sanya is the southernmost part of Hainan province, and at the same time the southernmost part of China. Hainan province is made up of about 200 islands in the South Chinese Sea and thanks to beautiful beaches and blue sea it also enjoys the reputation of being “Chinas Hawaii”.
People tend to travel there in winter, as temperatures still reach 25 to 29 degrees Celsius. In summer it even gets hotter and the air humidity make activities difficult. Due to the romantic atmosphere it is a very popular destination for honeymooners and couples. But you also meet lots of Russian tourists and Chinese upper-class travelers.
All these factors did not stop me from taking the direct flight from Guilin to Sanya Phoenix International Airport on Wednesday morning. I could not wait to see Alina again and to get to know the place she is living at right now. As we had not seen each other for three months I was looking forward to it a lot.

After our reunion at the airport we took bus No. 8 to get downtown. It only cost us 4RMB per person and was a 45 minutes drive. When I finally had seen her apartment (where I stayed at with her) in “Shan Shui Guo Ji” we took the taxi to Dadonghai, which is THE Russian tourism center of Sanya and a water sports paradise. 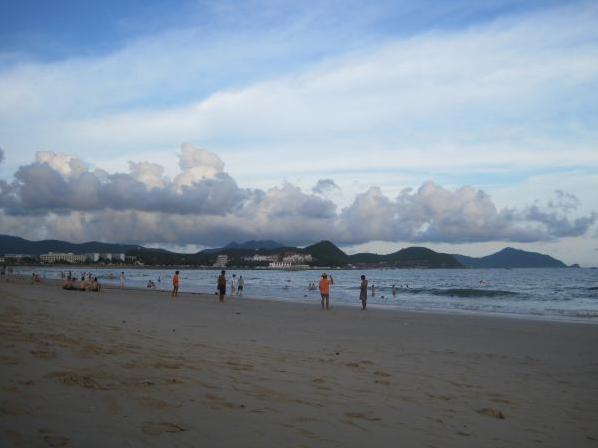 The first thing which was stunning to me was that everywhere around Chinese couples wearing matching Hawaiian Shirts and Shorts. I could not have imagined this picture before and I have to admit that it looks extremely funny. We walked along the beach, passing tens of see food restaurants facing the sea. It was the first time I saw Chinese women wearing Bikinis and moving freely like that at the beach. We simply sat down, enjoyed our ices and the atmosphere at the beach. Afterwards we went downtown to have dinner at a Muslim barbecue place at the street (Heping Jie). We had a specialty of Hainan: broiled dried squid, broiled eggplant and other food. As a dessert we got Qing Bu Liang, made out of coconut milk and a mixture of lots of different fruits, like pineapple, melon, red beans and so on. Then we had a walk across the night market and through a shopping mall before taking the bus into the direction of Dadonghai. We got off the bus at “Jiulu”, where lots of (mostly Russian) Clubs and Bars are located and went to “Rainbow Bar & Grill”, a western restaurant located at the harbor. There we had a Campari with Orange Juice, one of our favorite Cocktails in Germany but hard to get in China. It was a nice place, which was only tarnished by the live band and the mosquitoes.

The next day we took the bus No 15 to Yalong Bay, the most beautiful beaches of the island, where we wanted to spend a day at the Ritz Carlton. After having entered the hotel we went to the beach and took a small cabana to relax and go swimming. The weather was beautiful and we had to take care not to get sunburned. 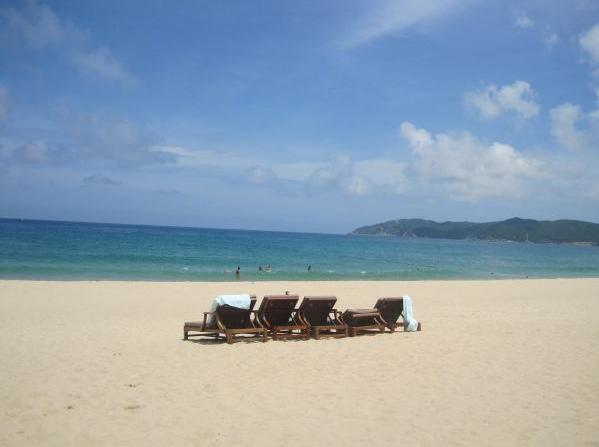 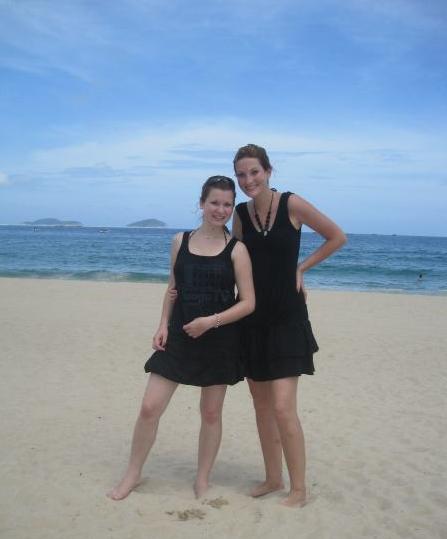 We spend some time at the pool and had a cocktail before going to the Italian restaurant of the Ritz Carlton, named Sophia, which is also open to people who are not staying in the hotel. An alumnus of our university back home is working there and invited us to have a 5-course dinner on the terrace. The interior of the restaurant is very modern but cozy. Especially red shades are used. The chef is Italian himself and the dishes are cooked in an open cuisine. All of the food is produced by the cooks themselves. We got sparking wine (the first time since arriving in China) and each of the courses was a culinary delight itself. Typically German we were exalted about the fresh bread with dried tomatoes but also the Salad of tomatoes with king prawns, the truffle risotto, the pizza with house-smoked ham and tiramisu were fantastic. Our friend bestowed an unforgettable evening to us. When the restaurant was closed at about midnight we took a taxi to get downtown where we spent four more hours with two Korean friends of Alina at a street BBQ place in famous “Shang Ping Jie” Street. 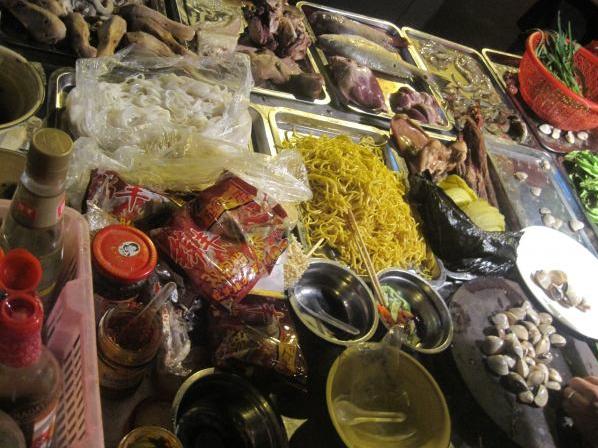 On Friday we had a long sleep before going shopping downtown. We went shopping in a Mall again and found one of these asian places with photo booth where you can choose funny backgrounds for your pictures. 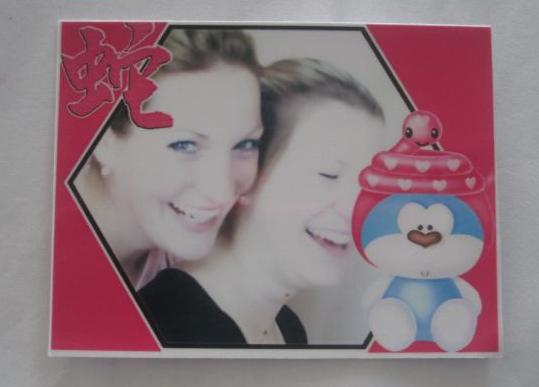 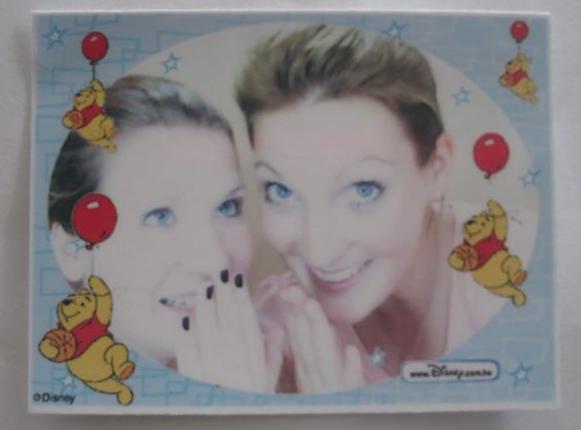 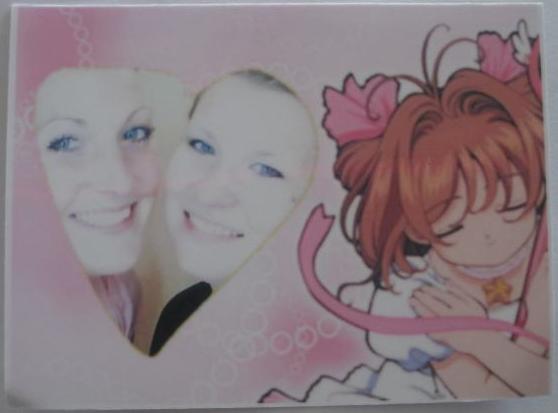 It is a very funny and not expensive thing to do, so we did it. :-) We had a great dinner at a restaurant serving northern Chinese food. It was called “Dongbei Ren” and is very popular among locals and tourists. We ordered about 5 dished from the menu card, which is available in Chinese and English. Afterwards we went to another Rainbow Bar, which is located at Dadonghai. We wanted to have some Cocktails and watch the football match China against Germany which took place in Shanghai. 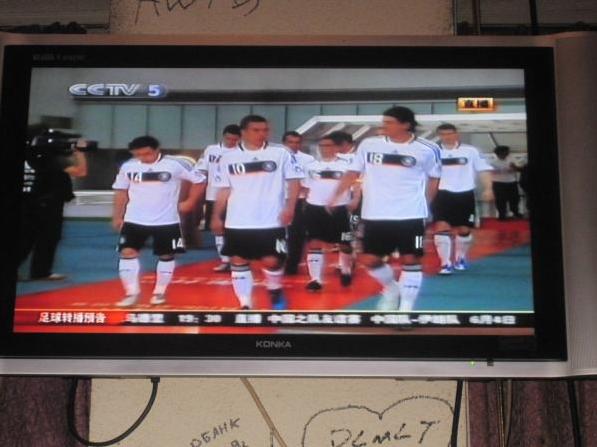 This location of the bar was a lot nicer. As it is not close to water, there are fewer mosquitoes and there was no live band. Unfortunately it ended with a tie which we did not expect ;-) Later that night we went to a massage studio and enjoyed a Chinese massage there.
On Saturday morning we got up early to take the motorcycle taxi to the Banyan Tree Hotel Sanya. It is the five star resort located at Luhuitou Bay my friend is working for in her internship. So we were allowed to spend the whole day there without being guests. After a guided tour through the resort by her we decided to go swimming in the pool which was deserted. So we played with our big swim rings and relished the highly welcomed cooling-off. We relaxed a long time with cocktails in a cabana at the beach before going swimming again, this time also in the sea. 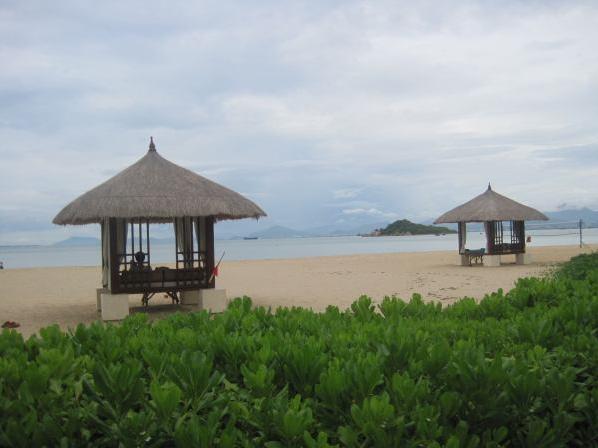 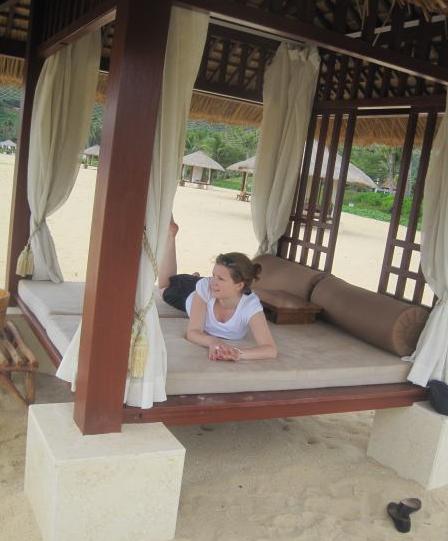 At 6pm Alina surprised me with my moved up birthday present: we took part at the special barbecue of the Banyan Tree Hotel which takes place each Saturday night for the guests. The tables were arranged with sea view and a seafood- and meat-BBQ had been build up which were framed by different kinds of western and Chinese appetizers (Noodle salad, Olives, Tomato – Mozzarella Salad and so on), bread, noodles and rice and lots of different desserts. For pre-celebrating my birthday we also ordered a bottle of sparkling wine and from then on started to get food from the buffet. The whole atmosphere was relaxed and solemn while we watched the sunset in the sea. Also the rain which started to pour down at about 8.30pm was not disturbing as we were sitting under umbrellas. Suddenly three of the servants came with a cheesecake and candles on it and sang “Happy Birthday” to me! 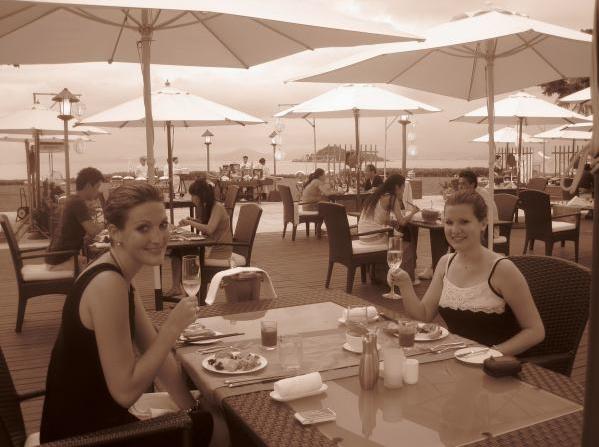 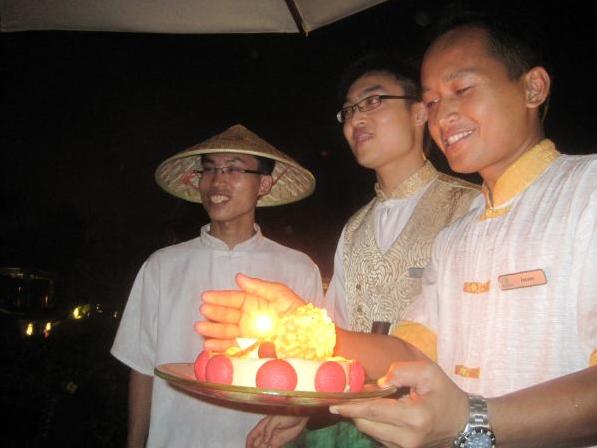 Alina had prepared everything and bestowed a wonderful last night upon me which I am very grateful about! After leaving the Banyan Tree Hotel we took the taxi to Dadonghai where we found a supermarket which is specialized on western food. It is called “Corners Deli” and is located at the “Foodsquare”. The choice was huge (Pizza, noodles, European spices, drinks..) and so we left it with two bottles of Bavarian Weissbier and a bag of Pretzels. We let the day die away with a massage and a last snack at the Muslim BBQ place be had been to the first night.
For the next morning we had planned one more highlight: we ingested our breakfast – Weissbier, Bananas and Pretzels - in the pool which is part of Alinas apartment area. It was a lot of fun and when we finally had to take the bus to the airport both of us were extremely sad. 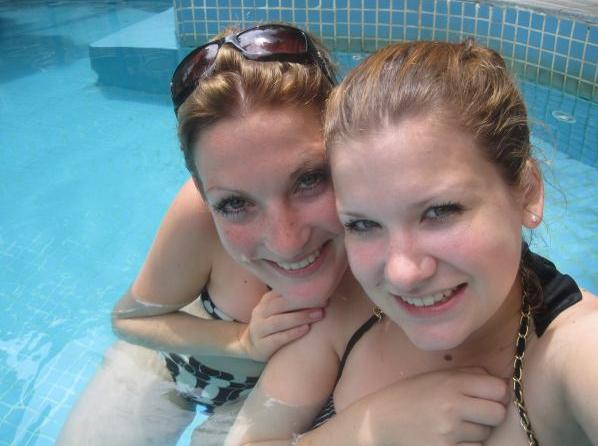 Now I am back again, but still dreaming of the great time I had in Sanya. And Alina will come to visit Guilin at the end of this month! :-)
Tags: Hainan Sanya Yalong bay Dadonghai

Hello, how can I get a clean safety and not expensive room in Sanya for 1-2 months. I would like to spend the winter there. What can you recommend me? Regards, Youliana