All trains provide hard sleepers, soft sleepers and deluxe cabins, of which the later two are our recommended for our customers. Both soft sleepers and deluxe cabins are in separate cabins with independent doors and lights. As for soft sleepers, there are upper berth and lower berth, and four berths compose one cabin; while a deluxe cabin contains only two berths.
Generally, a ticket for a berth of deluxe cabin costs about CNY2350, and CNY100-200 is short for a soft sleeper. Normally, the ticket should be booked one or two months in advance with valid documentation such as passport of the passenger. In addition, CNY200 is charged as the deposit for one ticket which will be non-refundable if cancel booking. If more questions or any need for booking the ticket, you can contact us via contact@visitourchina.com.
General introduction to Mongolia
A nation mainly inhabited by Halh Mongolians (which accounts for 80% of the total population: 2.6 million by 2007) with other 15 minorities, Mongolia is known as a country of grassland with vast land but sparsely populated. In Mongolia, most people follow Lamaism, a quarter of the population live in the capital Ulan Bator, and agricultural population are mostly nomads. Therefore, the vast grasslands, yurts and ovoo (holy piled rocks of Mongolians) contributed to a typical picture of Mongolia. 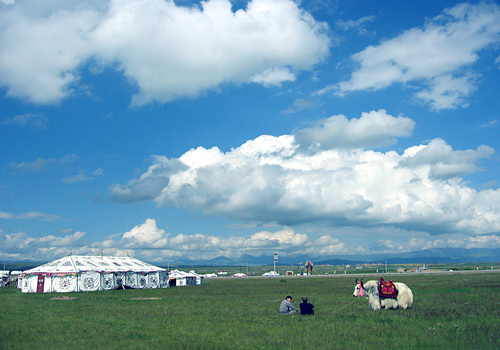 Falling within the continental climate, the temperature difference between day and night is quite large in Mongolia. July and August serve as the best time for travelling, and after September, most yurt hotels will be closed; while in cold winter, it is a destination turns to be a ski resort. The particularly recommended time for travelling to Mongolia is during Nadam Fair, which is a Mongolian traditional fair celebrated for centuries and happens from July 11 to July 13 every year. It is the most significant festival in the country that people will wear their most gorgeous national costumes and conduct colorful featured celebrations and athletics, such as wrestling, horse racing, archery, singing and dancing when moving round their saint ovoo, and bustling interflow of commodities.
Recommended tourist spots in Mongolia: the ancient city of Kharkhorin, Lake Hovsgol, Omno-Gobi, Altai Tavan Bogd National Park, Uvs Nuur Lake, Gun-Galuut Nature Reserve, Gorkhi-Terelj National Park, Khustain Nuruu National Park. 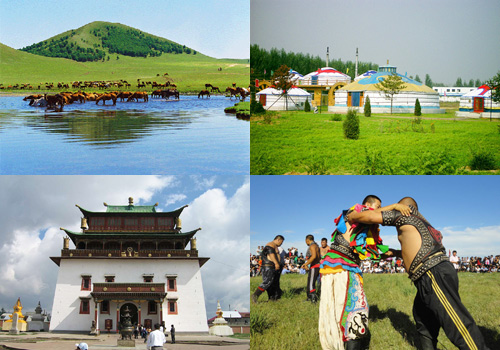 Mongolia Travel tips:
1. Take some warm clothes even in summer due to the changeable weather and large temperature difference between day and night in Mongolia.
2. Take along a flashlight if stay a night on grassland as it is hard to make out the right directions at night.
3. Prepare some mineral water as many new comers may not be used to the drinking water with high salt in Mongolia.
4. Prepare sunscreen cream and sun umbrella to against strong ultraviolet rays on the grassland.
5. Travelers must drive or ride a horse in designated areas in order to avoid getting lost.
6. Please respect the local habits and customs and comply with arrangements made by local reception personnel.
7. Mongolia is a country with prohibition against alcoholic drinks; pubs and shops sells no alcoholic drinks after midnight.