Not long ago in early March, I went to Wenshi Town (文市镇) of Guangyang County (灌阳县, a eastern county of Guilin) with my friends. Wenshi Town is famous with Stone Forest and Yueling Village (月岭村), which I have always wanted to visit but never had a chance. Before the Spring Festival this year, I had made an appointment with several friends to visit there, but cancelled finally due to the bad weather. This time, I have got my wish finally!
It takes about 6 hours to go there and back between downtown Guilin and Wenshi Town. We departed at Guilin at 08:00 in the morning and arrived at Wenshi Town on time at 11:00. Famed as a town with "black and white pillars", there are a couple of marble fabrication plants in the town. And the Stone Forest is just visible in the distance. We decided to visit it first.

The Stone Forest of Wenshi, covers 5 kilometers, is the typical sward-shaped karst landform. According to experts, owing to the higher air temperature and richer rainfall than that in Kunming, the forming process of Stone Forest in Wenshi is more complex with more peculiar shapes than the Stone Forest of Lunan in Kunming. Being undeveloped to the tourist attraction, around the Stone Forest are a mass of cultivated lands, and it takes us about 40 minutes to walk there. After repeated erosions for hundreds of millions of years, the stone forest offers stones in different poses and each is true to life; some resembles human beings, some are horses, hawks, and so on. We could not help but marvel at the uncanny craftsmanship of the nature. 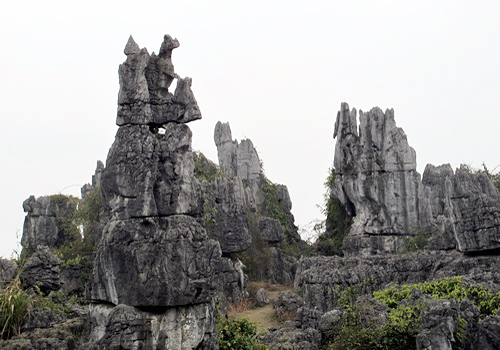 After the visit of Stone Forest, we set off to Yueling Village at 2:50 in the afternoon. Yueling Village is only 10 minutes drive from Wenshi Town. Being an ancient village with a history more than 700 years, Yueling Village inhabits 470 households and about 1500 people today, all of which share the same family name- Tang (唐). It is said that in the late Tang Dynasty (618-907), some people of Tang Family moved from Shandong Province to Yongzhou City of Hunan Province to suppress the rebellion; later in Southern Song Dynasty (1127-1279), to avoid the war disorderly, some of the people moved to Yueling Village of Guanyang County. They are the ancestors of the village and to this day, have passed down for 28 generations. 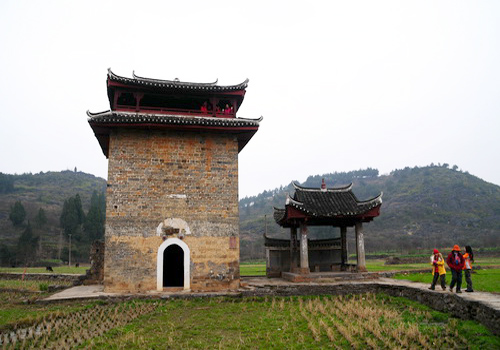 (photo: The Wenchang Pavilion and Buyue Pavilion were built during the rein of Emperor Qianlong, 1735-1795)
People say that the ancient residence of Yueling Village were built in late Ming Dynasty (1368-1644) and early Qing Dynasty (1644-1911) by Tang Yuzong, who was one of the 14th generation of the village, for his sixth son. He named all courtyards with auspicious meaning related to virtues and good fortunes. Made of black bricks and green tiles, the courtyards are the style of Chu Kingdom, one of the kingdoms of Spring and Autumn Period (770BC-476BC) which ruled the present southern area of Anhui Province and provinces of Hunan and Hubei. 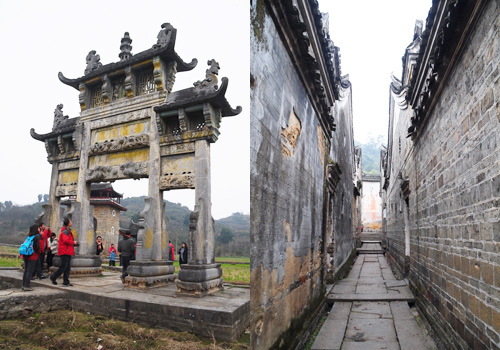 (photo: 1. The stone memorial archway is 10.2 m high and 13.6 m wide. 2. Orderly paved flagstone pavement.)
Nothing is better than the stone memorable archway serves as the most famous architecture in Yueling Village. The memorial archway was built during the rein of Emperor Daoguang (1834-1839) of Qing Dynasty to in praise of the chastity and virtue of a woman surnamed Shi, who married a man who was ill all the year around, and became a widow not long later. Shi remained single till the end of her days and brought her adopted son up by her own and went blind at last. Her son, Tang Jingtao, didn’t disappoint his mother and succeeded in the imperial exams; he later served as a magistrate of Yongxing County in Hunan Province and had done many good deeds for his people. Local people were touched by Shi’s story and reported it to the imperial court. Afterwards, the emperor had people built this stone memorial archway. Though has been underwent for 170 years, the stone memorial archway is still in good keep. 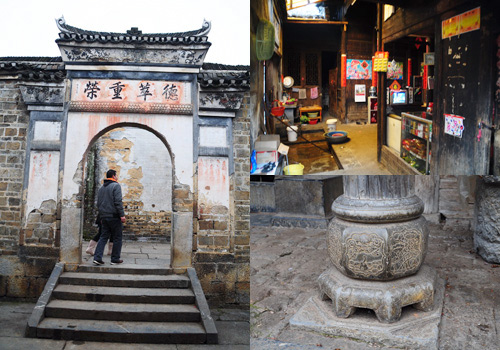 (photo: 1. Some traces of the history are also found in this innocent hamlet. 2. Though a little untidy, the house has rich flavor of life. 3. A pillar base in the Village.) 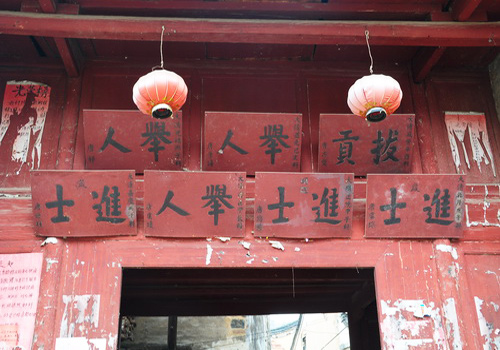 (photo: The first plaque from the right of the lower row is for Jinshi Tang Yuzong, who built the ancient houses of the village, and the central plaque in upper row is for Juren Tang Jingtao, the adopted son of Shi. )