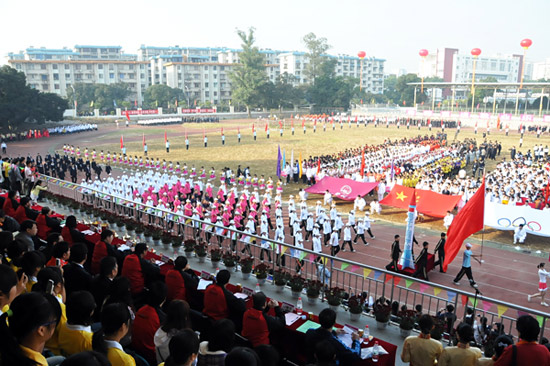 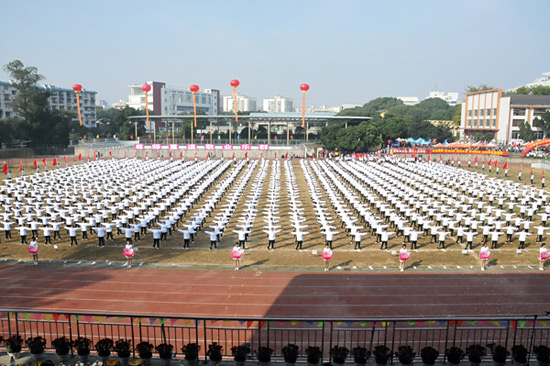 It's that time of year at Guangxi Normal University (located in Guilin), when the weather dries out, the sky is seemingly died an inky blue and street vendors selling juicy slices of watermelon are replaced with vendors selling thick pieces of sugar-cane covered in black husk, it's also the time of year when our university holds its annual school-wide athletics championships.

The 42nd edition of the school athletics carnival or 'sports meeting' as Chinese translate it into English was supposed to be quite special, my non-native brethren and I took a chance to join in it and displayed Chinese culture at the opening ceremony – Chinese Martial Arts (Kungfu or Wushu) .

The process of learning martial arts is surprisingly interesting, that was a series of rhythmic breathing movements and gentle arm swishing in limb extension. The teacher who taught us Kungfu had an easygoing smile and sticked to details – he usually corrected that seriously when a student extended his arm too high or had his leg rotated at the wrong angle (By and large western people 'touch' Chinese Kungfu by watching movies more than practising it in person). The Kungfu practice took four days of hard work and our crack team had reached a sufficient level of adequacy. 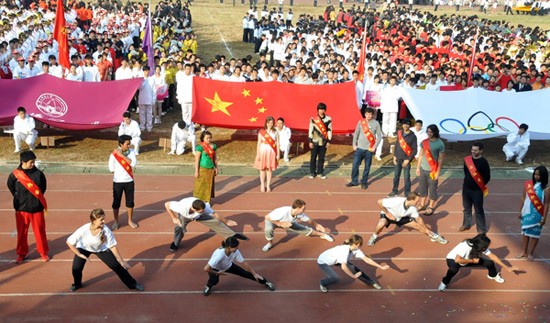 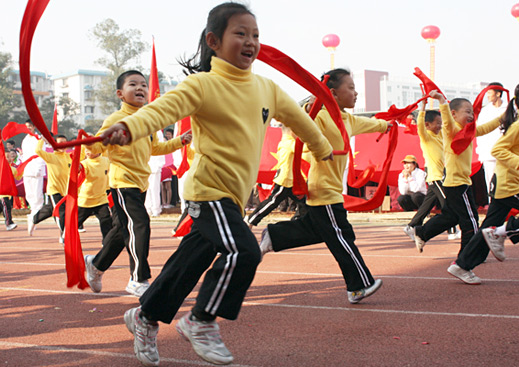 On the big day we were instructed to assemble downstairs at 07: 00 am. A whole regiment of foreign students had been organised to represent our college and marched in formation from our building to the sports field, wearing exotic clothing. The university's entire student body was converging on the sports field in a something of a line, creating a long human dragon, or something. Everyone in the university was represented with a delegation, from the electrical engineering college to the food hall staff; college after college marched past in rigid formation and saluted the school leaders who sat on the platform; a platoon of children who come from the university's attached primary school also showed their performance lively.

Our performance of Chinese Martial Arts went without a glitch. After that we returned to our designated spot within the procession, drawn back under the sea of colour and cheers. The stands around the field were swarming with students, drums, clappers, chants...

Always quite fascinated by kungfu！