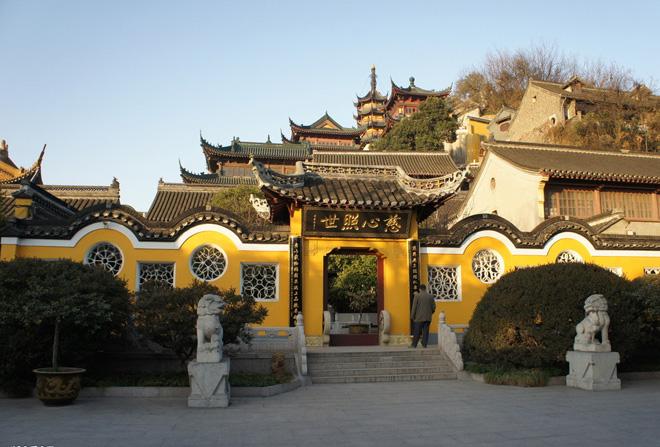 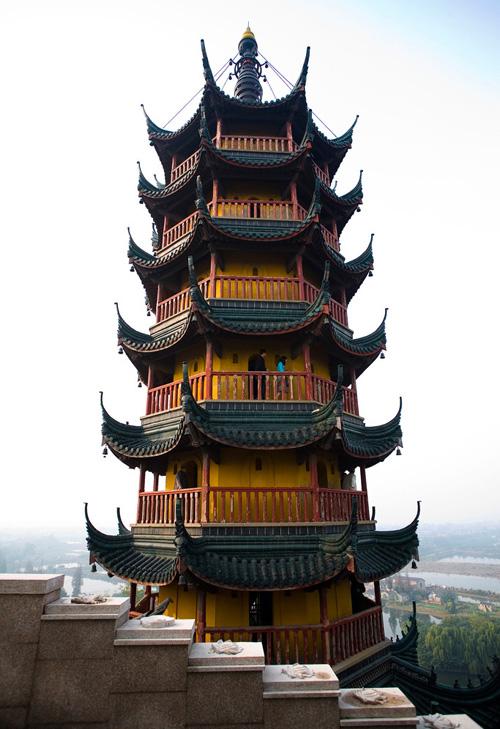 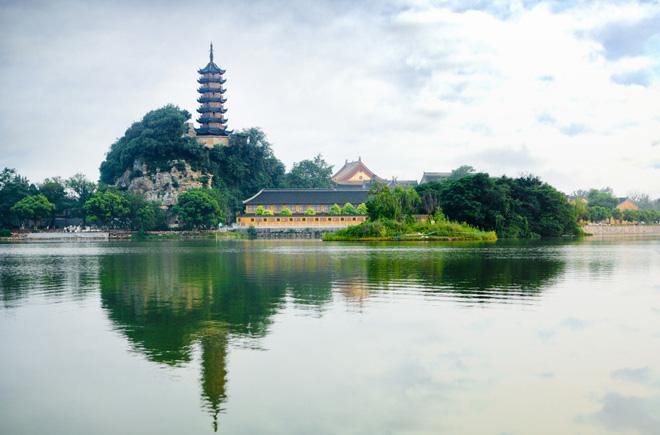 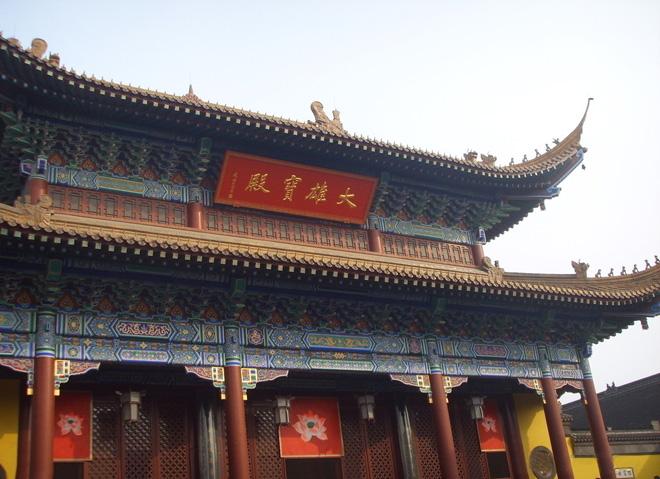 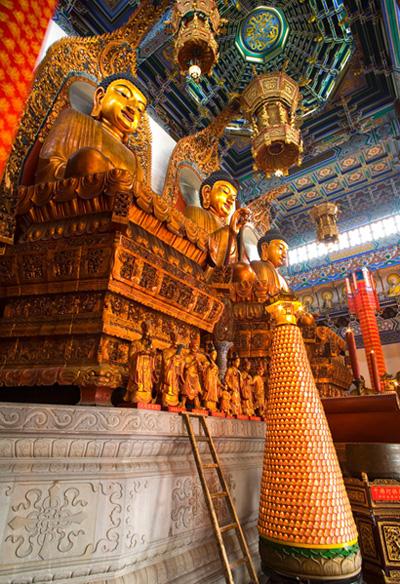 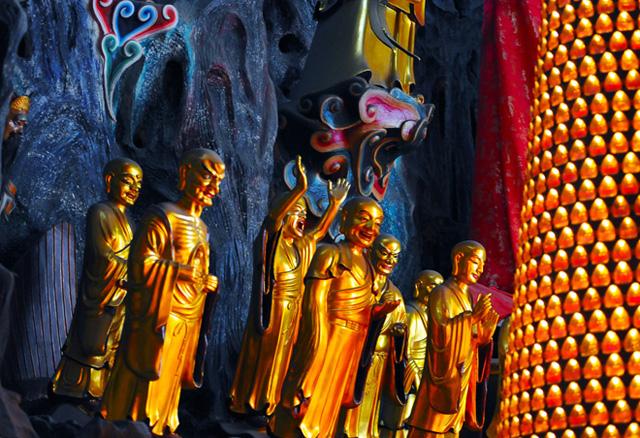 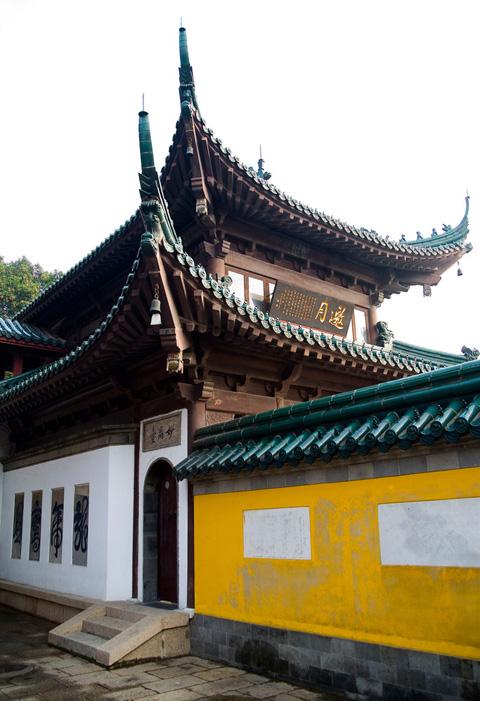 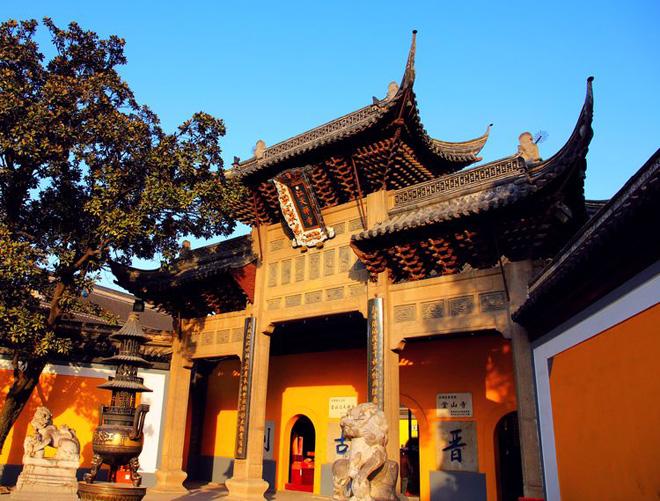 
Jinshan Temple or Jin Shan Si in Chinese (Chinese: 金山寺) of Zhenjiang is located in Jinshan park – a famous scenic spot in the west of Zhenjiang City, Jiangsu province. With a history of more than 1600 years, Jinshan Temple was built in the Jinshan Mountain during the Eastern Jin Dynasty (317 AD - 420 AD). Occupying an area of 48 acres with flowing waters, Jinshan Temple once got the handwriting of Chinese renowned Emperor Kangxi (1654 - 1722) in four Chinese characters of “江天禅寺" (Jiang Tian Chan Si)", which indicates “a Buddhist temple between the river and sky”. There are also many other scenic spots in Jinshan Mountain, e.g. famous Ancient Fahai Hollow, White Snake Hollow, the Best Spring in the world, Lotus Pavilion, etc. 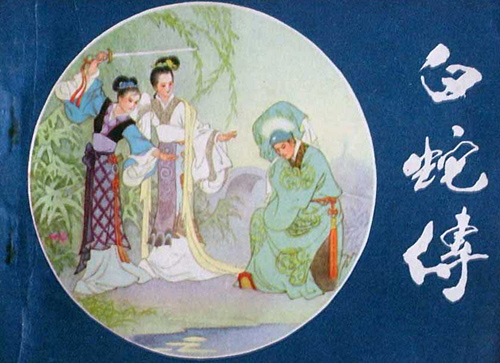 Jinshan Temple of Zhenjiang is a temple with rich legends and myths, and is familiar with most people by the moving legend of The White Snake (a romantic story about a man and a snake beauty, who were once separated by a Chan master Fahai). Today, visitors can see the statue of Chan master Fahai in Fahai hollow; though Fahai is a negative character in the legend, he has performed meritorious deeds in the founding of Jinshan Temple. Except for the White Snake, the legends of Liang Hongyu and Yuefei (a national heroine and a national hero in Song Dynasty) are popular among the local.

What to see in Jinshan Temple?

Jinshan Temple was first called Zexin Temple or Flying Dragon Temple, then it got “Jinshan (gold mountain)” as its final name in Tang Dynasty as gold was found in the mountain; Jinshan Temple is the origin of Chinese most important Buddhism pujas of reading scriptures and practising abstinence. Jinshan Temple has been a royal temple in ancient China, that is why the temple walls here are all yellow (yellow or golden was the symbol of imperial family in ancient China). In the temple, visitors can also see pilgrims pray. 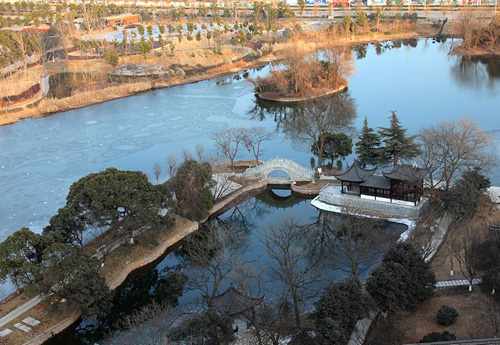 As a renowned Buddhist temple, apart from the splendid and magnificent halls with numerous josses, there are a great many cultural treasures in Jinshan Temple, among which are the Four Treasures, jade belt of Su Shi (also named Su Dongpo, a famous litterateur and calligrapher of Song Dynasty, war drum of Liang Hongyu (heroine of Song Dynasty), Jinshan chart by Wen Zhengming (a famous calligrapher and painter of Ming Dynasty) and famous Tripod made in Zhou Dynasty. 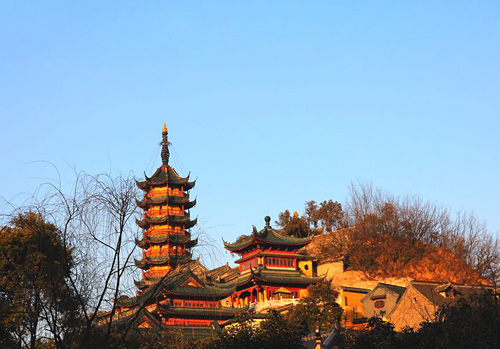 Visitors can also ascend the tower; on each landing, different scenes can be enjoyed, while on the top, the whole prospect of Jinshan Mountain open below you. Looking back outside the Jinshan Park, you will find that you can only see the temple halls but can not see the mountain. That is why people say the mountain is embraced by the Jinshan Temple, which leaves a last but a deepest impression in many visitors’ minds.