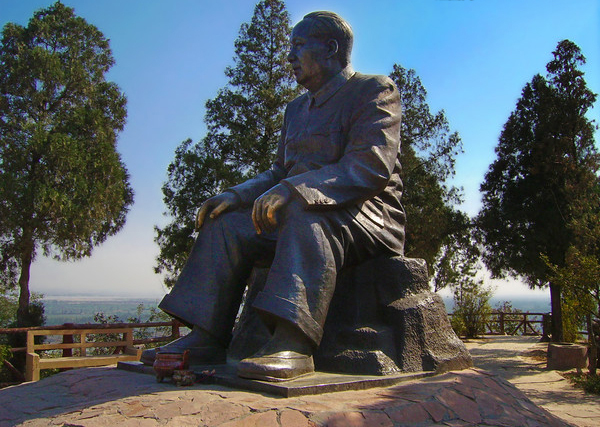 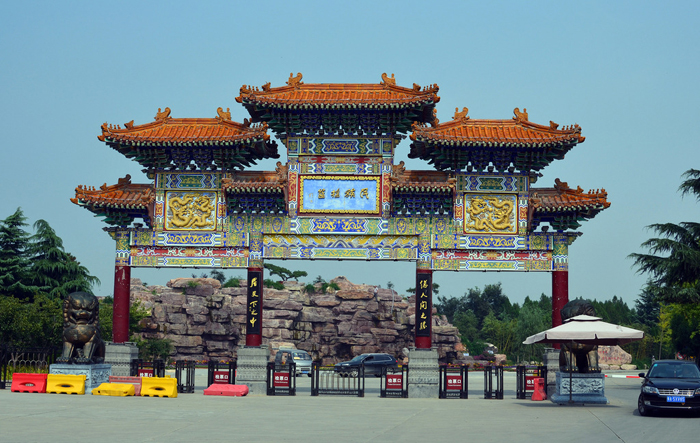 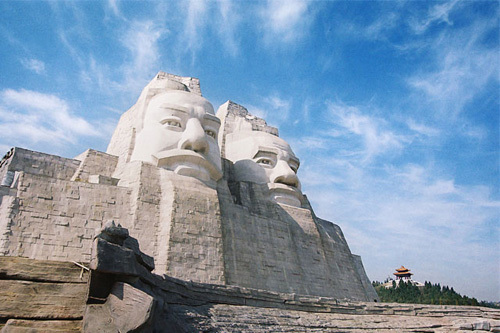 Eulogized as the Mother River of China, the cradle of Chinese civilization, and the eyewitness of 5000 years’ transition of Chinese nation, Yellow River is the totem of Chinese people as well as the soul of the whole nation. Located in the northwest of Zhengzhou, facing the Yellow River in the north, against the Yue Mountain in the south, the Yellow River Scenery Area is lavish with trees all over the mountain, and dotted with pavilions, brooks and streams. By virtue of superb landscape and superior service, the scenery area has been designated an AAAA scenic area, one of the 40 Best Tourist Attractions in China, and one of the 10 Largest Tourist Areas in the province. Seated on the line of demarcation of the middle and lower reaches of Yellow River, it is the terminal point of Loess Plateau, but the starting point of the great plain of north China. 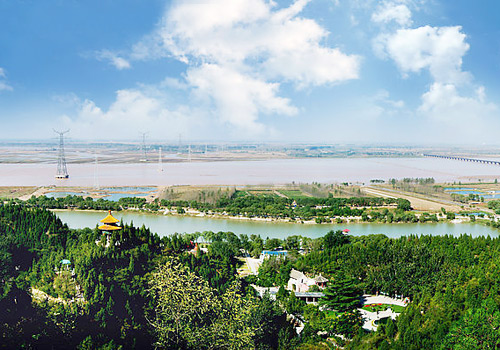 For several decades’ construction, Yellow River Scenery Area has developed to five subordinate scenic zones containing over 50 minor scenic spots. Here are the amazing views of the vast Yellow River, the history and culture of Yellow River, the graceful natural sceneries, as well as the distinctive cultural landscape and human landscape.

It is the core of the whole scenery area, and is so named after five continuous peaks. Abound in green pines and verdant cypresses, there are scattered variously shaped pavilions, some are grandeur, and some are exquisite delicate. On the empyrean of the Wulong Peak, it is a Jimu Pavilion in the style of Qing Dynasty (1644-1911), in which a magnificent view of rolling Yellow River can be appreciated. In the center of the area, additional sculpture of the image of Mother River is erecting on the intermountain flat, the shape of which is a ancient woman with an infant in her arms; her amiable expression and elegant temperament are iconically portray the image of the Mother Yellow River in the eyes of Chinese nation. 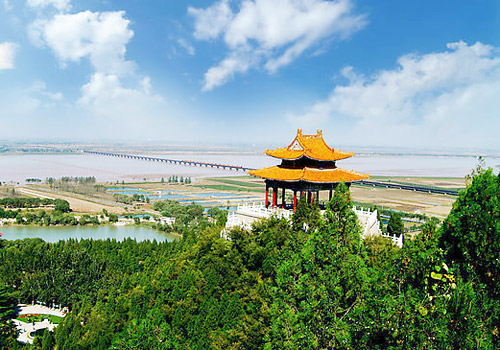 Some 1.5 km to the east of Wulong Peak, main attractions in Yue Mountain Temple are Zijin Pavilion (Purple Golden Pavilion), Tiesuo Bridge (Chain Bridge), Peony Garden, Chinese Rose Garden and Botanical Garden. The Zijin pavilion has three storeys and 33 meters high. On every holiday, a large bell on the top of the Pavilion rings sonorously, chiming in with the great waves of Yellow River. The Chain Bridge is 40 meters long, precipitously hanging between cliffs of the mountain.

Some 2 km west to the Yue Mountain Temple, the main attraction of Luotuo Mountain is a statue of Da Yu on the main peak of the mountain. Da Yu, or the Great Yu, was an ancient hero who had successfully prevented floods by water control in the Yellow River area; he was also the father of Qi, the first emperor of Xia Dynasty (2100BC-1600BC). The statue is 10 meters high and weight in 150 tons; the clear-cut face and lively expressions vividly portray the heroic posture of the Great Yu.

- Sculptures of Emperors Yan and Huang 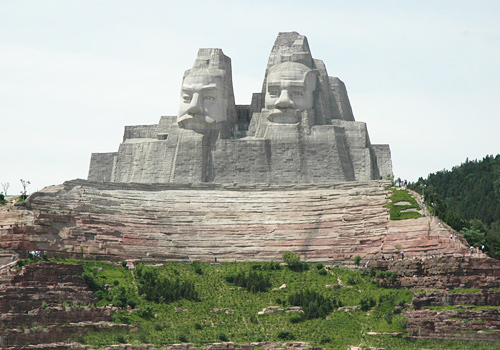 Emperor Yan and Huang (Yellow) are regarded as the ancestors of Chinese people, and Chinese praise themselves the children of emperors of Yan and Huang. The sculptures are considered two of the most magnificent sculptures in China. With a total height of 100 meters, the sculptures are novelty designed with the whole 82-m-high mountain face that exposed to the sun as their body and with an 18-m high head additional made on the top of the mountain. In the front of the giant sculptures, there is an open area with an altar in the middle, from which place to the sculpture is a 200-long sacred way, on both sides of which are four bronze Ding (the grand ancient cooking vessel) respectively and a large chime and a bronze drum in the east and west of the square.

- The City of the Two Kings (Liu Bang and Xiang Yu)

It is located on the Guangwu Mountain, 20 km northeast of Xingyang City, and faces Yellow River in the north. It is a historical site where the first Emperor of Han Dynasty (202BC-220AD), Liu Bang (256BC-195BC) and the King Xiangyu (232BC-202BC) confronted each other and Liu Bang of which won eventually. In this area, there are numerous historical relics referring to the wellknown history for admiring.