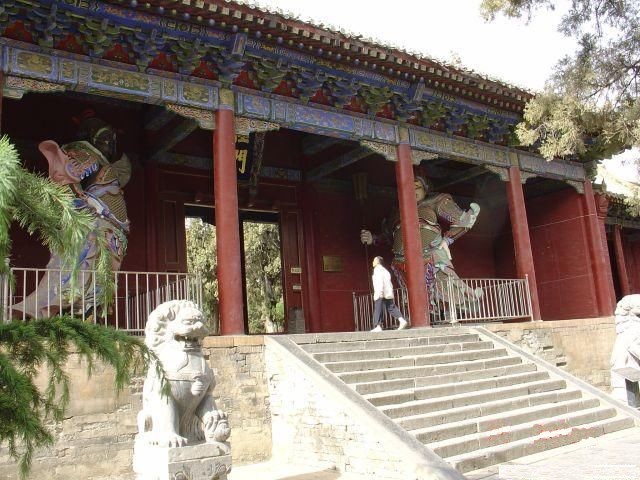 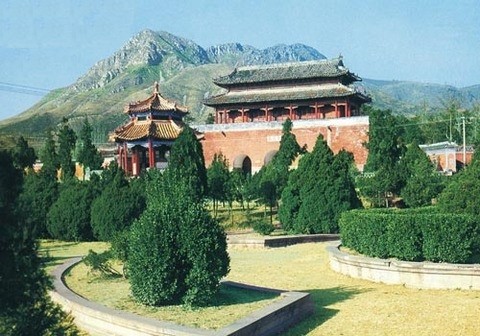 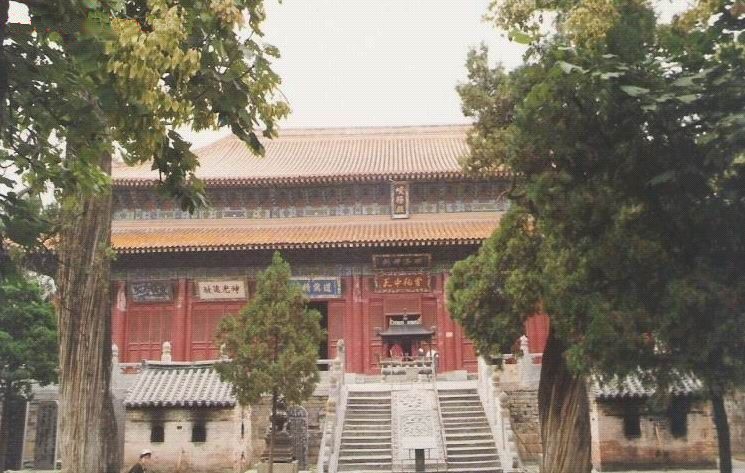 Chinese name: 中岳庙 (Zhongyue Miao) Location: 4 km east of Dengfeng County, Zhengzhou City, Henan Province. Opening time: 08:00-18:00 Ticket: CNY30 How to get there: - Take a coach from Zhengzhou to Dengfeng at Zhenzhou Long-distance Bus Station and get off at Zhongyue Temple. - Take the bus No.8 at Shaolin Temple and get off at the terminus, then walk two crossings and take the bus No.2. Travel tips: Temple Fair is held twice every year on the tenth day of the third month and the tenth day of the tenth month in Chinese lunar calendar (early April and early November in western calendar) and lasts for ten days.

Zhongyue Temple is a Taoist temple located at the southern foot of Taishi Mountain, a range of Mount Songshan in central China. Covering a total area of 110,000 square meters, it is the largest and best preserved ancient architectural complex among all the buildings located on the China's Five Great Mountains (Mount Hengshan in north, Mount Hengshan in the south, Mount Tai in the east, Mount Huashan in the west, and Songshan Mountain in the central). As a major scenic spot in Mount Songshan National Park, Zhongyue Temple was included into World Heritage List by UNESCO in 2010. 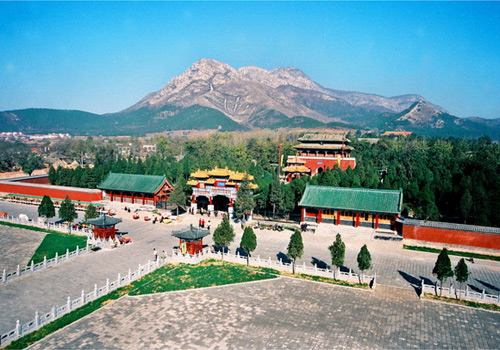 Originally constructed in Qin Dynasty (221BC-207BC) as a sacred place where to worship the god of Mount Songshan, Zhongyue Temple was flourished in Western Han Dynasty (260BC-9AD) after Emperor Hanwu offered sacrifice to Mount Songshan and left behind an additional temple, namely Taishi Temple. In Northern Wei Dynasty (386-557), Zhongyue Temple turned to a Taoist temple. Favored by many emperors, it was sequentially enlarged and renovated in different dynasties. The present buildings were renovated in Qing Dynasty (1944-1911) according to the style of imperial palace.

Gate of China is the door of Zhongyue Temple. It was used to be a wooden memorial archway named as "the First Gate among Famous Mountains'' and turned to a brick archway in 1942. It is supported by four tilted pillars in the front. To the north of Zhonghua Gate stands the Yaosen Pavilion, which was designed in the shape of octagon with eight eaves decorated with delicate carvings and colorful paintings. In ancient times, Yaosen Pavilion was a sacred place for visitors to worship God of Mount Songshan. Behind the Yaosen Pavilion is the Tianzhong (Central Heaven) Pavilion. The name came from a saying "Mount Songshan is situated under the central heaven''. Skirt roofs, green tiles, carved beams and painted pillars show a unique charm.

---Gushen Warehouse to the east of Chongsheng Gate

Junji Gate is the front gate to Junji Palace. Two ''heavenly kings'' and stone lions stand ahead of the palace. There are invaluable relics near the Junji Gateway including stone tablets and stone lions. The oldest stone table in Mount Song region has a height of 2.82 meters, erected inside a pavilion on the east of Junji archway. Legend says that it was carved in Northern Wei Dynasty. In front of the Junji Gate are four palaces, representing another four famous mountains mentioned above and indicating coexistence of "Five Mountains''.  A stone tablet on the east of Junji Gate was engraved with the legend and pictures, the latter displaying different characteristics of Five Mountains. 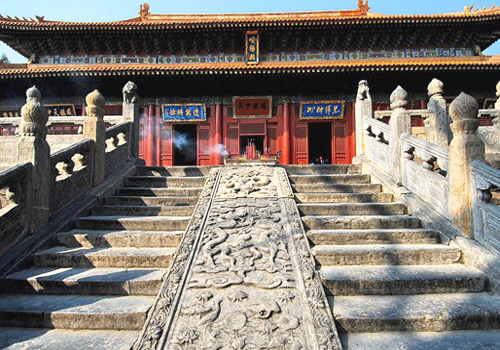 Going through the Song Gao Jun ji Archway, the main hall of Zhongyue Temple, namely Junji Palace, comes into view. It is the largest building in Mount Songshan. Junji Palace was built on a three-meter-high platform, in front of which is a staircase. On the center of staircase is a stone ramp engraved with delicate dragons. Dragon is the symbol of imperial power in ancient China, so you can see the position of Zhongyue Temple. The ceiling of Junji Palace was delicately carved with a dragon lying in the center of a well, showing the craftsmanship of the ancients.

There are more than 2900 cypress trees in Zhongyue Temple. About 330 of them were planted in between Han Dynasty and Qing Dynasty. About 2600 trees were planted after the founding of PRC. These cypress trees give the temple an exceptional air of tranquility. 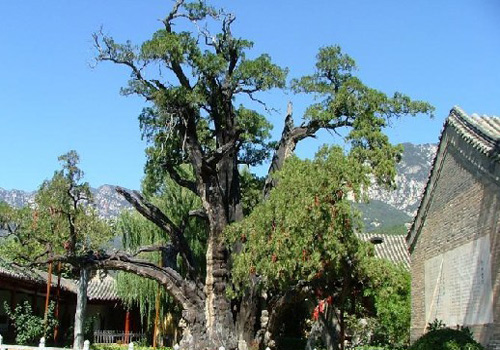 It is a tradition in Dengfeng to hold the temple fair every year on the tenth day of the third month and tenth day of the tenth month in Chinese lunar calendar. Some customaries are still popular today such as "tethering clay baby'' for women who wish for a baby and ''touching the ironman'' for children to dispel sickness. During the temple fair, people will have activities such as Lion Dance and Fire Dragon Dance.