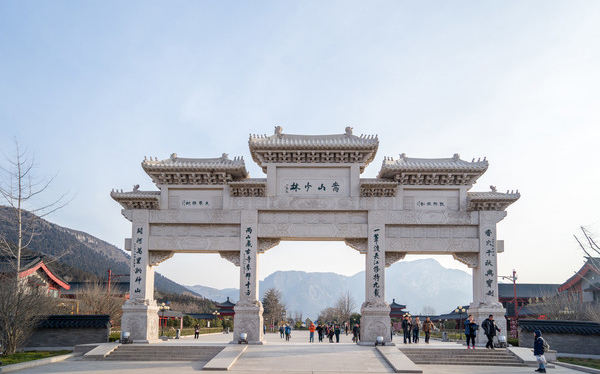 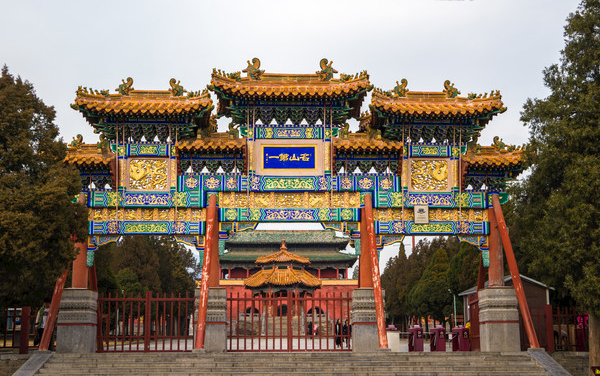 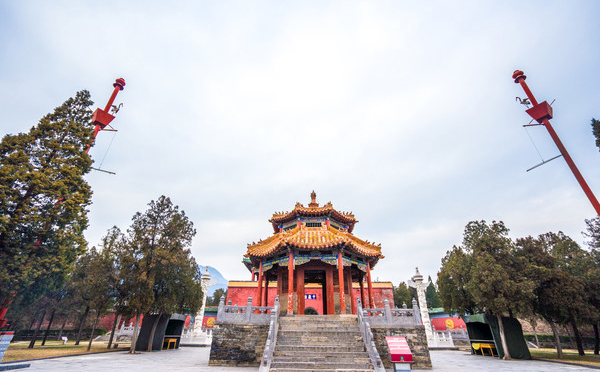 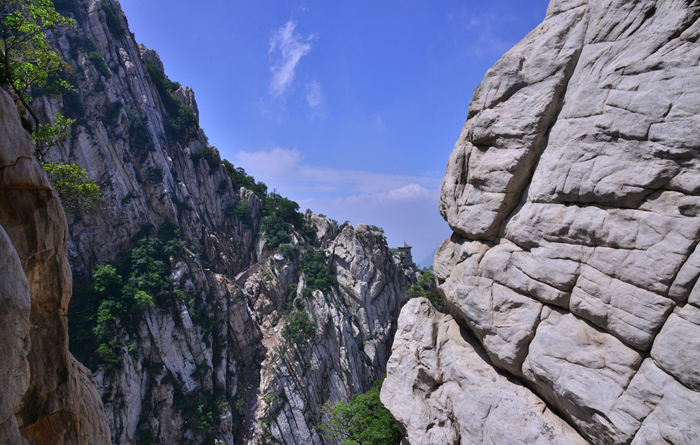 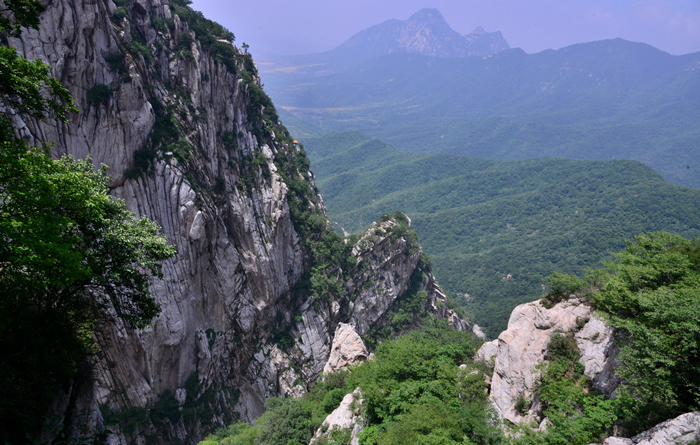 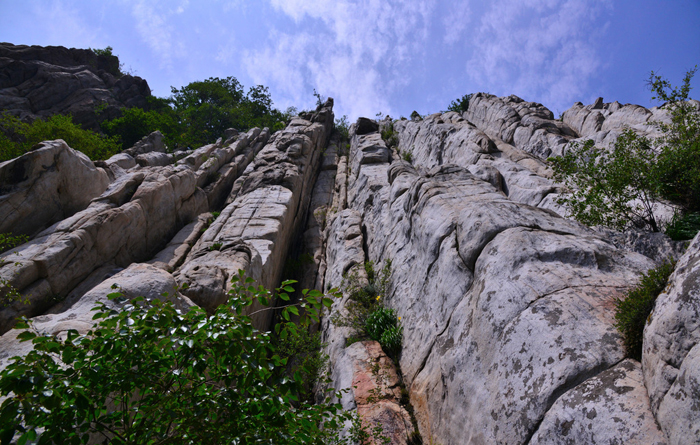 Widely known as the "Central Mountain" of the Great Five Mountains of China, Song Mountain is made up of 72 peaks in total, with the highest one being some 1512 meters. Covering an area of 450 square km, Mount Song is usually divided into two parts – the Shaoshi Mountain area and the Taishi Mountain area.

As one of the cradles of Chinese civilization, the Mount Song area became a crucial center of politics, economy and culture gradually after King Ping, son of the last king of Western Zhou Dynasty, moved the capital from Haojing (known as Xi'an today) to Luoyi (known as Luoyang today) and founded the Eastern Zhou Dynasty there in 770 B.C.. Moreover, the area is also the sacred land where Taoism, Buddhism and Confucianism have assembled since the ancient time. 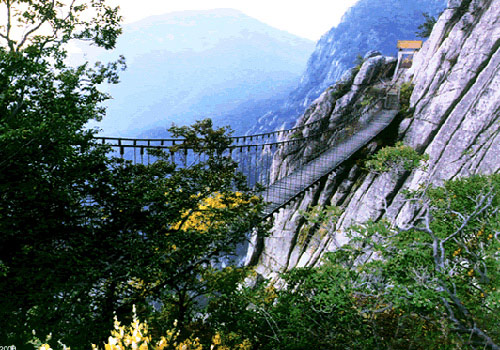 According to domestic and international researches, Song Mountain area was once an ocean stretching to the horizon in the Archean Era. After the three crustal movements of Songyang, Zhongyue and Shaolin 0.5-2.3 billion years ago, the mountain chain of Mount Song grew up, which ended the Proterozoic Era and welcomed the Cambrian Period and the Ordovician Period. After approximately another 0.2 billion years' movement, the earth crust rose up above the sea level and experienced a long time of air-slaking and denudation, which created coal-bearing stratum of the area. The landform of Mount song today took shape in the Yanshan Movement, which occurred between the Jurassic Period and the Cretaceous Period and facilitated the forming of several mountain ranges of China.

Being home to stratums and rocks formed in Archean Era, Proterozoic Era, Paleozoic Era, Mesozoic Era and Neozoic Era, Mount Song has been determined to be a rare geologic treasure-house in the world and the fossils of prehistoric lives kept in the area are undoubtedly valuable information for the study and research in the evolution process of the area. Besides, the peculiar formation of Mount Song also makes it a fertile land of mineral resources such as coal, aluminum, iron and medical stones. 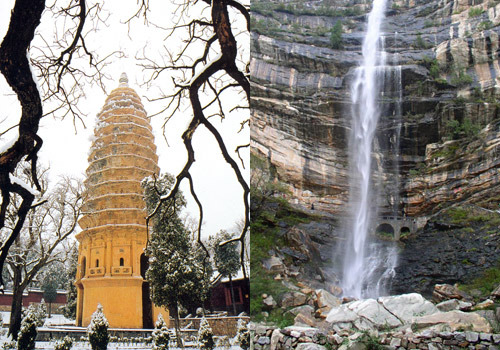 Widely known to the world as place of birth of Shaolin Kungfu, Shaolin Monastery was constructed at the foot of Wuru Peak of Shaoshi Mountain in 495 during the Northern Wei Dynasty of China. It is said that Bodhidharma, a renowned ancient Indian Zen master of Buddhism, once had a stay at the temple. After Li Shimin (599-649), one of the most outstanding emperors in Chinese history, was saved by thirteen warrior-monks of Shaolin Monastery when he was still a prince, the temple was awarded with grand repair by the emperor during his reign.

The forest of pagodas located 300 meters west of the temple is the cemetery of abbots of the temple. For more than 1000 years, over 250 pagodas have been completed here, making it the largest forest of pagodas in China. The pagodas, most of which are carved with inscription, vary in size but resemble in appearance, reflecting different architectural styles of different dynasties.

The existing constructions of Shaolin Monastery include the mountain gate, the room of abbot, the Bodhidharma Pavilion, the White Clothes Hall, the Thousand Buddhas Hall with murals painted in Ming Dynasty (1368-1644), and so on. The ruined Hall of Heavenly King and Mahavira Hall have been rebuilt already. 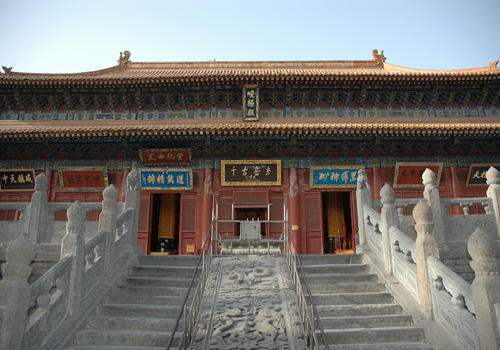 Sitting at the foot of Huanggai Peak of Taishi Mountain, Zhongyue Temple has an area of some 100,000 square meters and its buildings are constructed along and one the side of the central axis of the temple. Being a sacred place of Taoism, Zhongyue Temple the symbol of Taoism in Song mountain and was where famous Taoist priest sermoned in Chinese history. Originally built in Qin Dynasty (221B.C.-206B.C.) with the name of "Taishi Temple", it was expanded in Western Han Dynasty (206B.C.-24A.D.) and gained the current name in Northern Wei Dynasty (368-534). In the following dynasties, it was expanded, burnt down and rebuilt for many times and preserves the magnificence created in Ming (1368-1644) and Qing (1644-1911) dynasties finally.

The Songyang Ancient College located at the southern foot of Taishi Mountain is one of the Four Great Ancient Schools of China as well as the symbol of Confucianism in Mount Song.

Built in 484 (Northern Wei Dynasty), the school was a Buddhist monastery with hundreds of monks at first. More than one hundred years later in Sui Dynasty (581-618), it was changed to be a Taoist temple. In 1035 (Northern Song Dynasty), it officially became a school where eminent persons of the time taught. It kept functioning as a school for almost 600 years until got damaged in war at the end of Ming Dynasty (1368-1644). Then in Qing Dynasty (1644-1911), a larger one was built again on the original site, with hundreds of students, more than 2000 books and some 1.17 square km farmland. The collapse of Qing in 1911 symbolized the end of the feudal system that began since the Warring States Period (475B.C.-220B.C.) and the school's task of feudal education came to the end as well. Today, Songyang Ancient College keeps an area of 9984 square meters with 106 rooms. 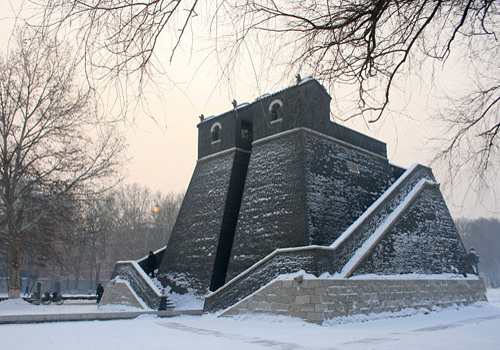 It was on this platform Guo Shoujing undertook tests, mastered the movement rules of the Sun and the Moon, founded the 24 solar terms, and assisted to create the "Shou Shi Li (授时历)" – the most advanced calendar in the world at that time. The calendar even calculated that a tropical year was 365 days 5 hours 49 minutes and 12 seconds, which was used over 300 years than the Gregorian Calendar promulgated in 1582 in the West and is only 26 faster than modern calendar.