Yingtan is located in northeast Jiangxi Province, the middle and lower reaches of Xinjiang River. It has a Moon Lake urban district, Yujiang County, and Guixi city. As for the name of YIngtan, there is a legend. As the legend goes, there were many huge camphor trees in Longhu Mountain as well as a deep pool at the mountain foot; eagles (pronounced as ying in Chinese) were often flying in the area, their reflections on the pool (pronounced as tan in Chinese) together with the shadows of trees made an absolutely beautiful view that the area was named as Yingtan from then on. Yingtan enjoys a preferable geographic location connecting the area between Yangtze River and Qiantang River in the east, and the Wenzhou and Fujian Province in the south, with rich and colorful natural sceneries and human landscapes. It is an honored city with a history over 3000 years when it was already an important ceramic production base. It is also a city with abundant natural resources, including over 30 varieties and 4 large-scale mineral deposits of 5 categories minerals of metal, nonmetal, special type mineral, building materials and gemstones. 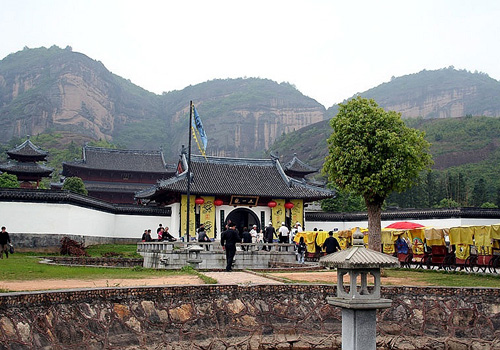 Yingtan is a time-honored city with a long history of more than 3000 years as the ancient ceramic kiln of Shang Dynasty (1600BC- 1100BC) was found in Yuehu District, which is listed into the Top 10 Archaeological Discovery in 2002 and has advanced the ceramic-making history in China over 1000 years ahead. Longhu Mountain, intensely described in the famous novel The Water Margin (Chinese:水浒传), is located some 20 kilometers south of the downtown Yingtan. It is the birthplace of Taoism as well as the unique cliff tombs (a kind of special tomb dug in the cliffs or rock stratums during the Spring and Autumn and Warring States period from 770BC to 221BC). Attracted by the natural beauties and the preferable location, the founder of Taoism, Zhang Daoling finally settled here and developed the prosperous Taoism, marking the Longhu Mountain the Top 1 Taoism Mountain in China. Today, the spirit of the first Taoism master Zhang still can be explored in the temples in the Mountain. 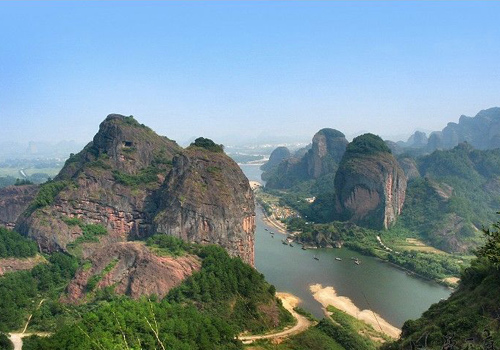 The Yingtan city focuses its beauty on Longhu Mountain, which is not only a mountain with charming landscapes but also an inspired place with profound Taoism culture. Longhu Mountain is a unique national grade scenic spot that concentrate the featured Danxia landform, ancestral Taoism temples and large scale cliff tombs of the Spring and Autumn and Warring States period. It is a key national spot enjoys numerous national reputations and hailed as “earthly paradise” or "fairyland on earth" with 6 scenic zones, 99 peaks, 24 rocks and 108 natural and human landscapes. In addition, intoxicating and green ecological kingdom-the natural oxygen pub Tianmen Mountain, the gorgeous Danxia landform-the life-like huge Elephant Mountain, the enchanting southern village of Wuwen Village (no-mosquitoes village) surrounded by hills in three sides and water in one side, the ancient style Shangqing Town with long standing Taoism culture and the national water conservancy scenic spot-the White Crane Lake featured by 5 islets within a large number of plants and thousands of rare and precious birds are all the characteristic highlights in Yingtan.