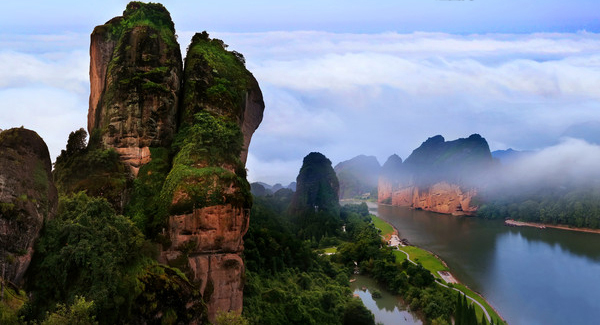 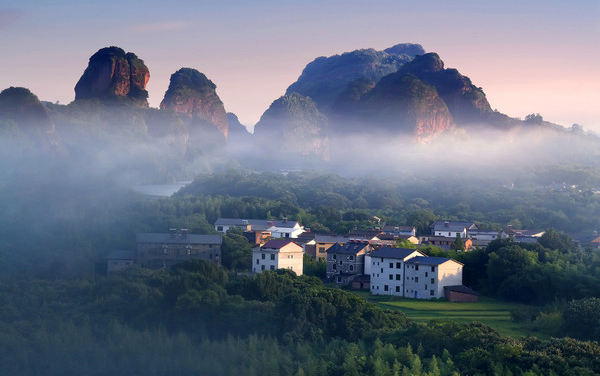 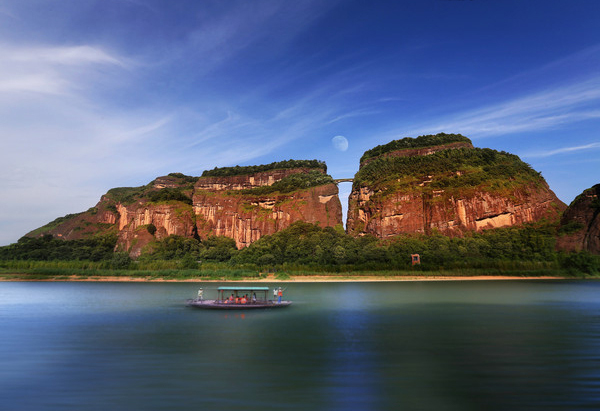 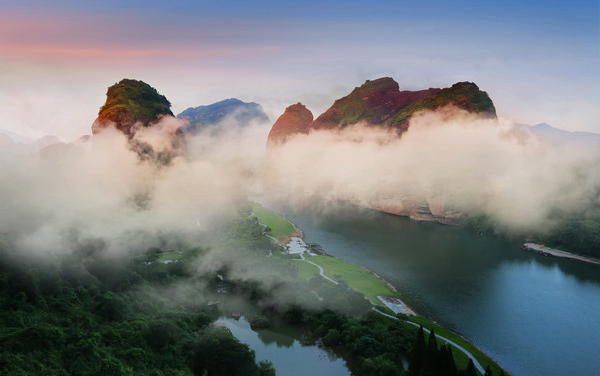 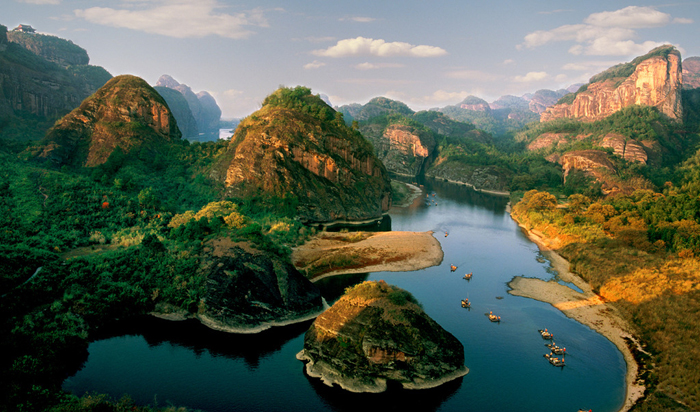 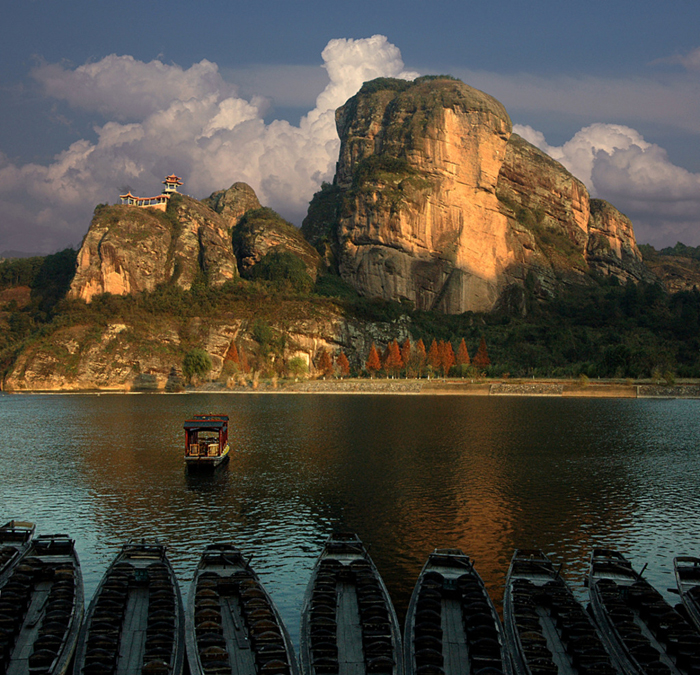 
Consisting of Mount Longhushan, Immortal Water Cave, Shangqing Taoist Temple, Hongwu Lake, Mazu Cave and Yingtian Mountain, Mt, Longhushan (Dragon and Tiger Mountain) scenic area covers an area of about 40 square kilometers, 18 kilometers away from downtown Yingtan and has been put under national protection since 1988 by the State Council. 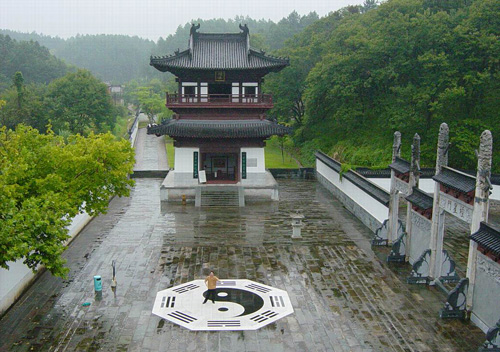 In the middle of Eastern Han Dynasty (25 AD – 200 AD), the first Taoist Master Zhang Daoling refined panaceas in the mountain which was originally named Yunjin Mountain, afterwards, Master Zhang established Taoism and the mountain was renamed "Mt. Longhushan". In Tang Dynasty, Taoism was conferred as "state religion" and since then Mt. Longhushan became the center of Taoism. 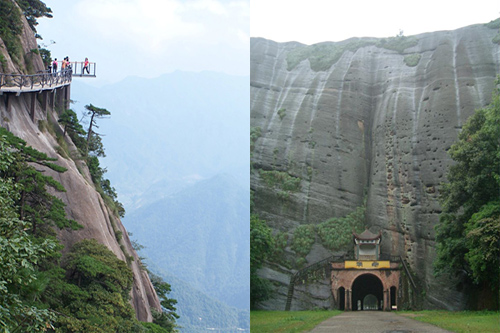 Thanks to the special Danxia Landform, the landscapes in Mt. Longhushan is thought as a Triton of the minnows, with 99 peaks, 24 caves, 108 nature and human landscapes shaping from sandy conglomerates such as the "Lion turns round", the "literary giant in thought" and the "elephant draws water". 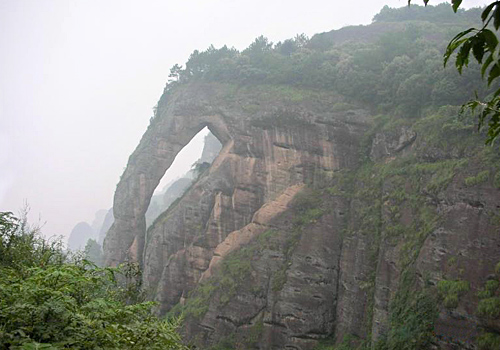 As the birthplace of Chinese Taoism, the "Taoist Holy Land", "clean water and red hills" and "ancient cliff tombs" in Mt. Longhushan are considered as "three great views". Up to this day, the ancient mansion complex of past Taoist Masters built in a shape of Chinese Eight Diagram still represents its imposingness, near which distributing large-scale ancient cliff tombs (burial in cliff) from the Spring and Autumn Period (770 BC – 476 BC) to Qing Dynasty (1636 – 1912).

Hundreds of cultural relics have been found inside these mysterious tombs, e.g. thirteen-stringed plucked musical instrument, twill textile machine, potteries, woodwares, thin bamboo strips, all of which are of rarity and make the place a Cliff Tomb Cultural Museum. For a long time, that how to put the coffins into the caves on the cliff was a riddle until a simulated experiment supposed by Professor Lu Jingyan from Shanghai Tongji University in 1989. Today, cliff tomb lifting is performed everyday as a way for tourists to learn about local cultrue on Mt. Longhushan.

How to get to Mt. Longhushan?

Shuttle buses from Yingtan to Mt. longhushan scenic area are available on the left side of the Yingtan Railway Square. The buses depart every 15 minutes.