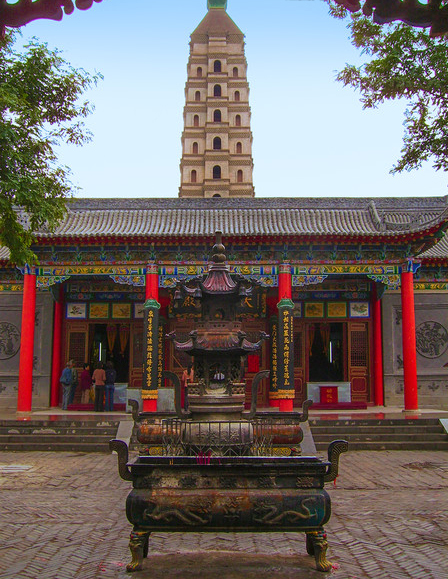 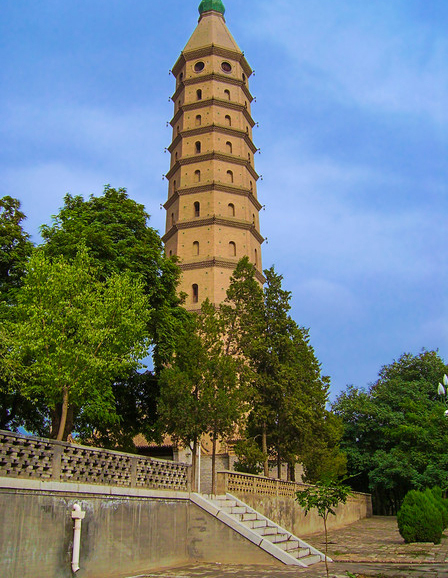 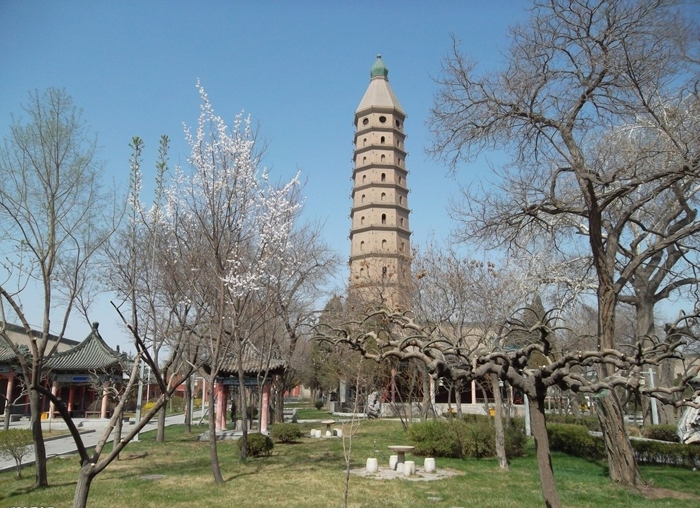 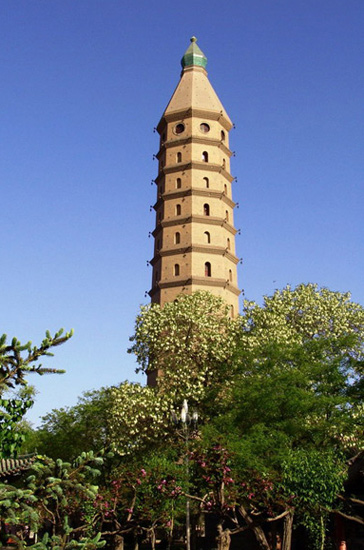 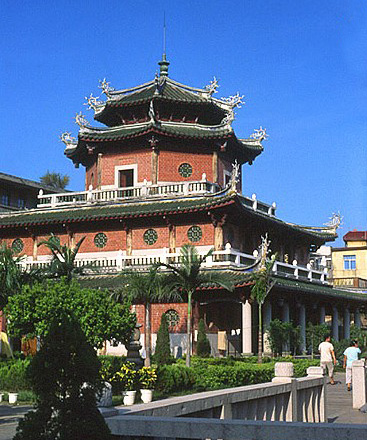 Chengtiansi Pagoda holds the definitive records of the growth and propagation of Buddhism across Ningxia Hui Autonomous Region. It is Ningxia's only ancient pagoda with document record of construction date as well as the largest and most impressive Buddhist construction in the region.

Chengtiansi Pagoda used to suffer from wars in the Yuan and Ming dynasties. Later it was rebuilt and expanded during the Ming Dynasty and became an important beacon for Buddhism in Ningxia. In the Qing Dynasty, a big earthquake damaged the Chengtiansi Pagoda and other buildings of the Chengtian  Temple; the one existing today was finally built in 1820 and it is the highest one among Ningxia's ancient pagodas.

Chengtian Temple is complete with beautiful maintained grounds, intricately carved statues and perfumed courtyards rich with the aroma of incense. The temple is tranquil and surrounded by a rich pine and cypress forest obscuring the beautifully decorated gates. Many rooms of the temple are simple yet elegantly constructed and decorated, walking around the temple one gains a profound sense of spirituality.