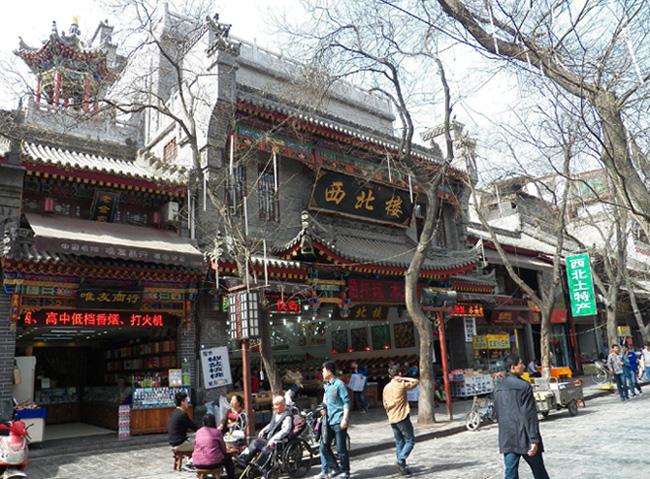 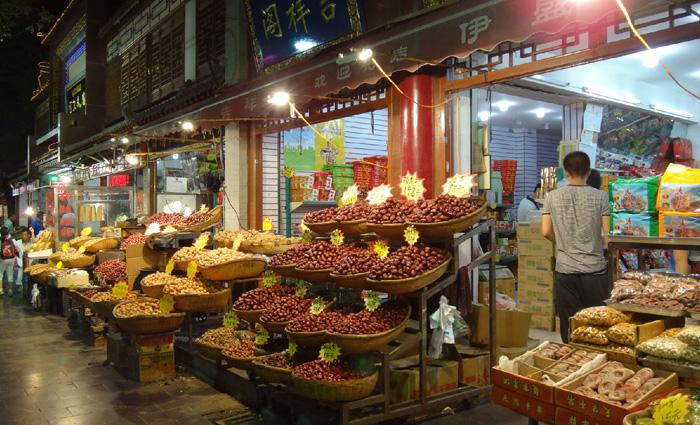 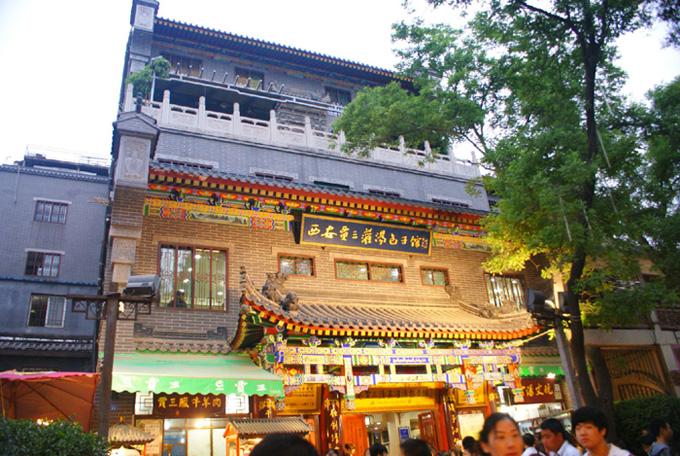 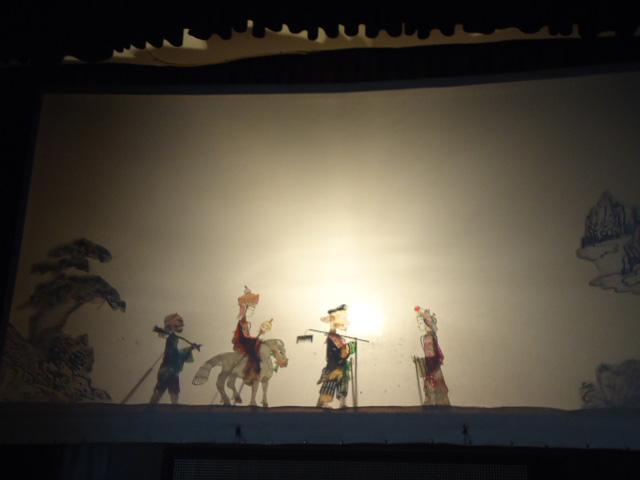 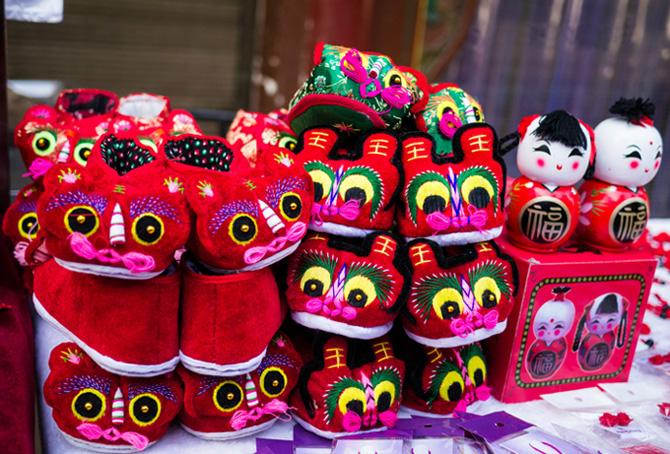 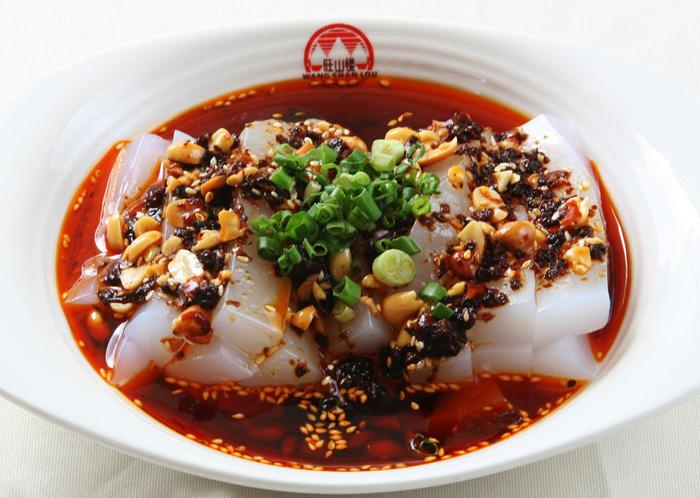 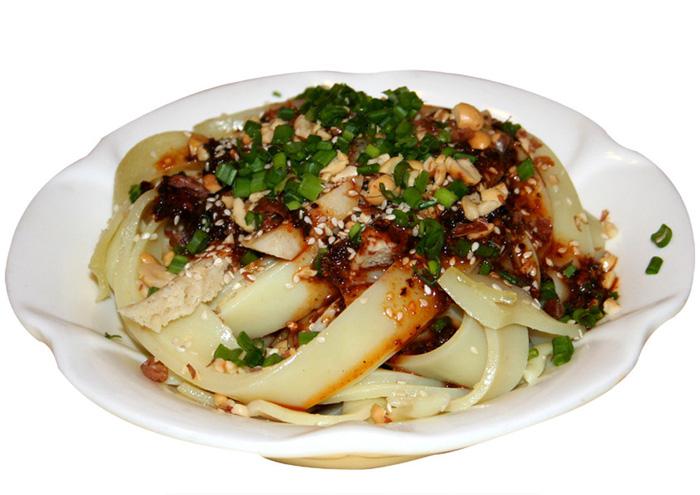 Introduction to Muslim Street of Xi'an

Muslim Street of Xi'an, known as Huimin Jie as well by Chinese, is a Muslim community in the city. It is a 1100-meter-long annular walkway including the lanes of Beiyuanmen (北院门), Xiyangshi (西羊市), and Huajue Lane (化觉巷), the first of which is the busiest one known to people. The district houses the architectures in the style of Ming and Qing dynasties, with the Drum Tower in the south and memorial archway in the north, and embracing many ancient courtyards as well as some 10 mosques in diverse sizes that built in different time, around where inhabited bout 20 000 Muslims retaining their pristine religious tradition and life style. 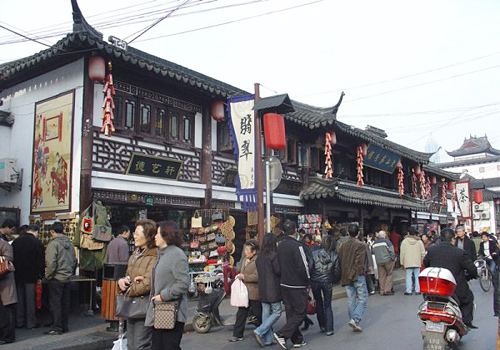 The Huimin Street is famous as a "snack street" because rich delicious local Xi'an delicacies and typical Shaanxi snacks are concentrated here, which attract visitors home and abroad. This featured bluestone-paved old street is also the favorite haunt for locals because of the most tasty food and leisure atmosphere. In particular in summer nights, a great many of citizens enjoy their time here in the Hui people-operated restaurants or booths with all sorts of halal foods and local snacks, some of the shops are the old honored brands. For those adventurers, the Muslim Street with its around areas is also the most authentic life of Xi'an people. 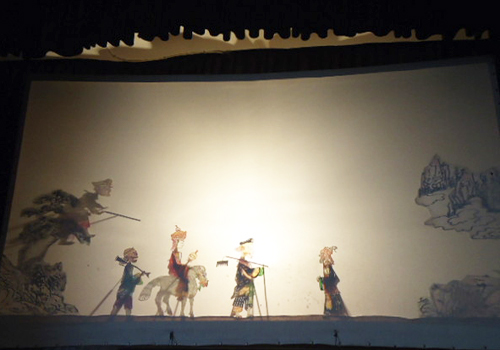 In addition, in this street of Hui people, there are some mosques and ancient residences worth visits, for instance, the Gaojia Dayuan (高家大院), the most popular one, where traditional puppet shows or shadow plays sometimes can be enjoyed in the afternoon. 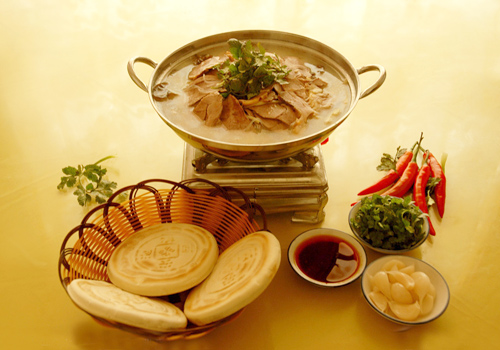 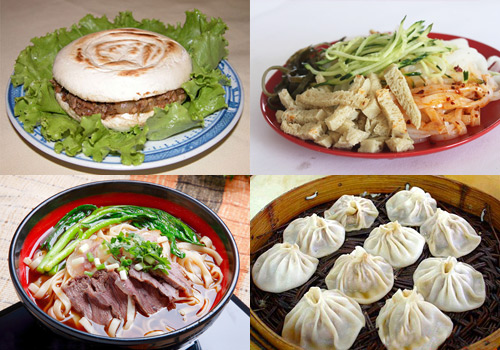 Most popular restaurants or shops in Muslim Street are:
- The Sun Families (老孙家羊肉泡馍) and Tong Shen Xiang (同盛祥牛羊肉泡馍馆) are the most famed serving Mutton/Beef and Pita Bread in Soup among dozens of shops of the kind in the street;
- Jiasan Soup Buns (贾三灌汤包子) is characterized by soup buns stuffed with beef or mutton;
- Wang Families Dumplings (王家饺子馆), specializing in dumplings, especially with the stuffs of beef or mutton;
- Yifenli Noodles (一分利面馆), with beef noodles being its specialty;
- Porridge with Eight Treasures(八宝稀饭, the eight treasures refers to coarse food grains like maize, sorghum, millet, ormosia, etc.), Sweet-sour Pulm Juice (酸梅汤) and roast meat are sold in almost every shop.