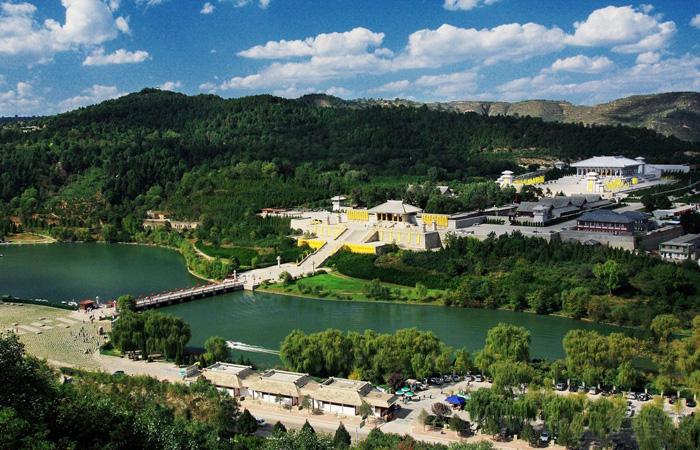 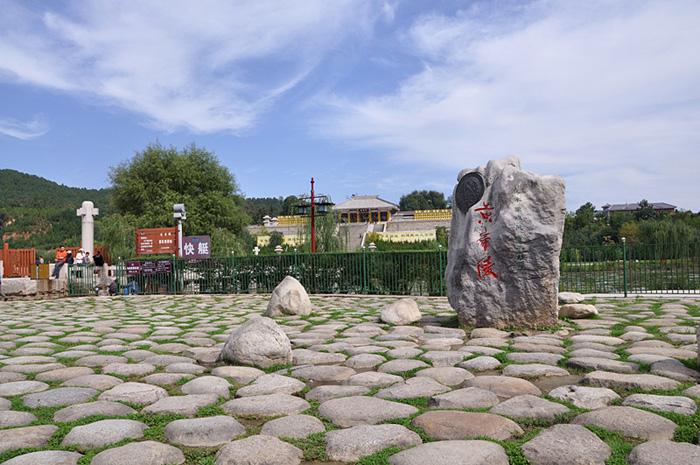 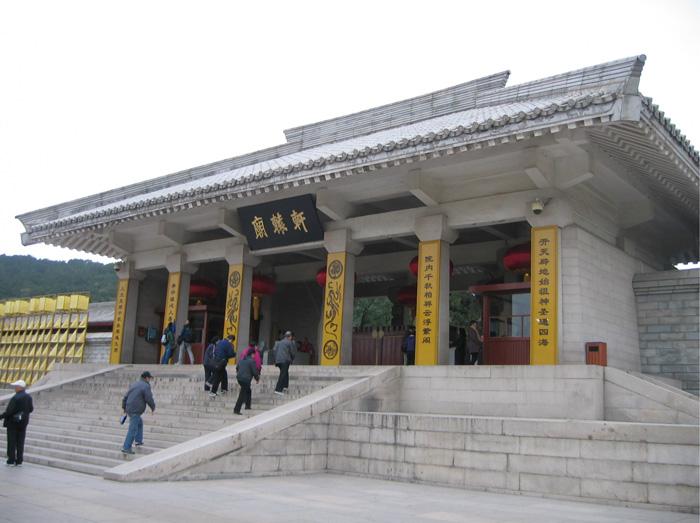 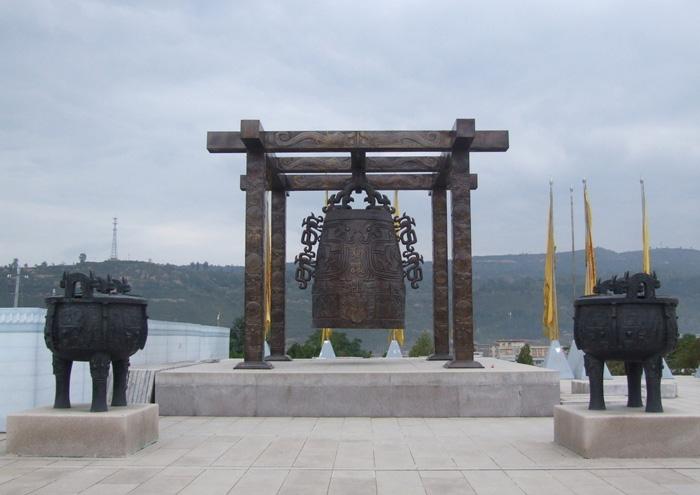 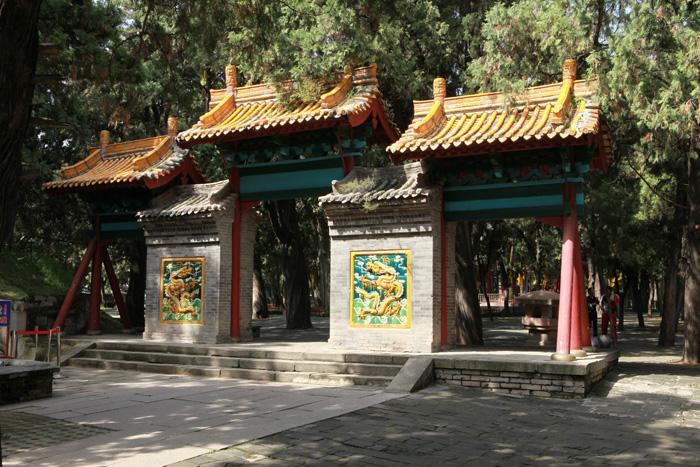 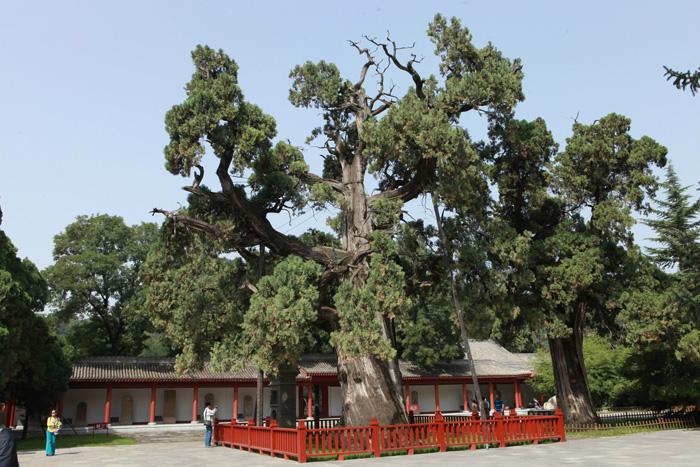 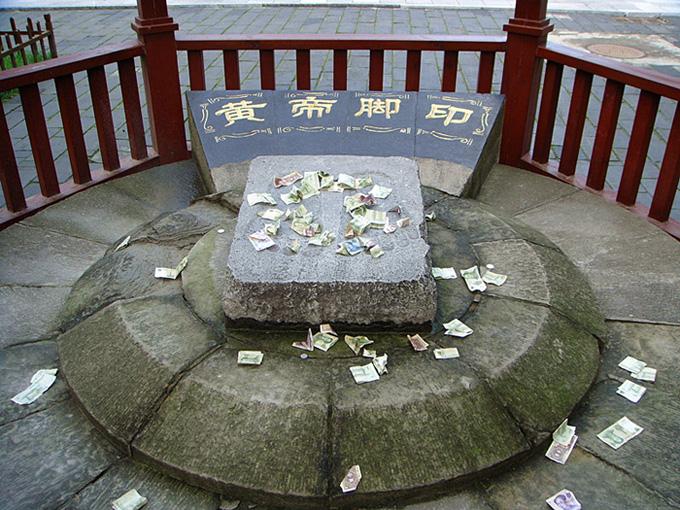 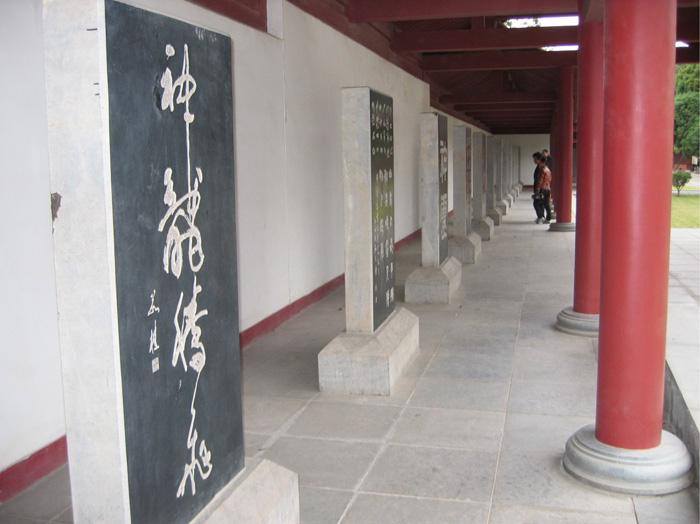 Chinese name: 黄帝陵 (Huangdi Ling)
Location: on Qianshan Mountain, 1 km north of Huangling County, Yan'an City, Shaanxi Province.
Entrance fee: 91 Yuan in peak season (March-November), 51 Yuan in off season (December-February).
Opening time: 08:00-19:00
How to get there: vehicles to the Mausoleum of the Yellow Emperor are available at the south side of the square of Xi'an Railway Station. It takes about 4 hours' drive, 20 Yuan per person.

Chinese ancient record and tradition have it that Huangdi, or literally Yellow Emperor in English, was a great Chinese chieftain born in 2697 BC and died in 2599 BC. He is said to have defeated the Yandi (or Yan Emperor), who was an outstanding leader of another big tribe living along the Wei River as well, and afterwards greatly boosted the national amalgamation and the forming of the Huaxia Nationality. That is the reason why Chinese always call themselves the "offspring of Huaxia". 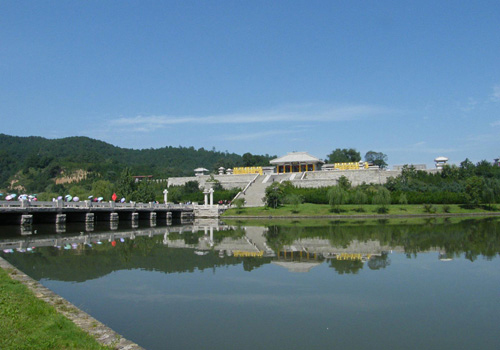 Introduction to the Mausoleum of Yellow Emperor

The Mausoleum of Yellow Emperor used to be called "Bridge Mausoleum" in ancient China due to its location on the Qiao Mountain or Bridge Mountain. According to historic data, Chinese had worshiped Yellow Emperor early in 442 BC and the mausoleum had become the site for national sacrifices since 770 AD (Tang Dynasty). In 1942, Chiang Kai-shek, former Chairman of Central Committee of the Kuomintang, visited the mausoleum, inscribed "黄帝陵" (Huangdi Ling) and made it the name of the mausoleum. Since then the stele with the new name stood there and the county the mausoleum locates was named after "黄陵 (Huangling)" instead of the original "中部 (Zhongbu)". 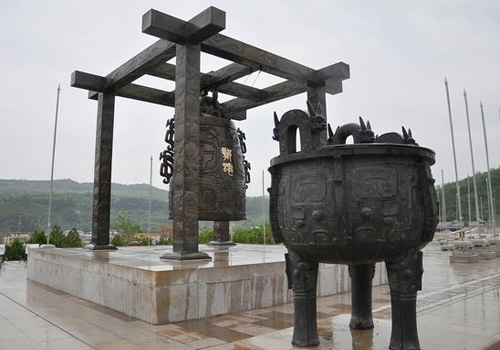 Nowadays the Mausoleum of Yellow Emperor is embraced by more than 80,000 ancient cypresses on the Bridge Mountain. Surrounded by a black brick wall and a sacrifice pavilion, the grave mound remains 3.6 meters in height with a perimeter of 48 meters, in front of which stands an old stele set up in 1537. 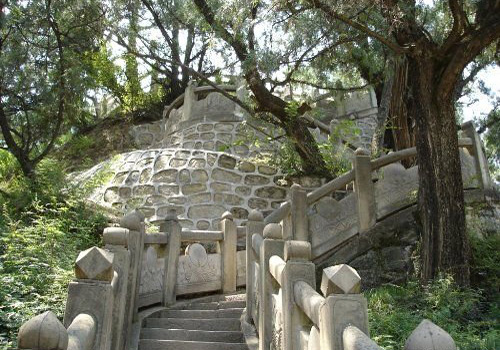 One the side of the stone way to the mausoleum there is a "dismount stone", on which there is an order requiring imperial officials to dismount there to show their respect to Yellow Empeor. The "Immortal Platform of Emperor Handudi (汉武仙台 Hanwu Xiantai)" near the mausoleum is said to be built for Hanwudi to worship Emperor Yellow after he won in war against the Xiongnu ethnic minority. In the stele corridor at the eastern side of the mausoleum area 57 funeral orations are collected; in addition, inscriptions by many modern Chinese leaders such as Sun Yat-sen, Mao Zedong and Deng Xiaoping are displayed in the memorial pavilion. The Great Hall of Ancestor of Chinese is the main hall where the anaglyph of Yellow Emperor made of dark jade is enshrined and worshiped. 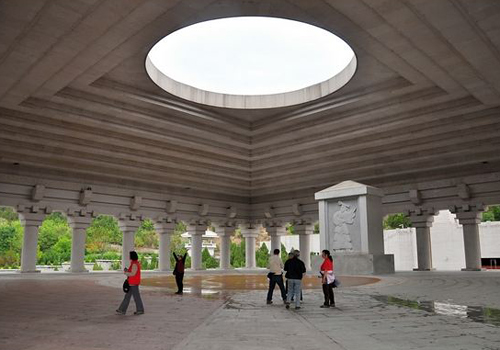 Xuanyuan Temple built of granite covers 8000 square meters and comprises the temple itself and the sacrifice hall, both of which were renovated after 1993.

Guajia Cypress (挂甲柏), literally "a cypress for hanging the armour" in English, is said to be the tree on which Emperor Hanwudi of Western Han Dynasty once hung his armour before he climbed to the Immortal Platform to pray for longevity and eternal rule. After that, the trunk and braches of the cypress are densely covered with scars from which myron spilling out. Magically, the myrons is said to get globular during the Qingming Festival only.