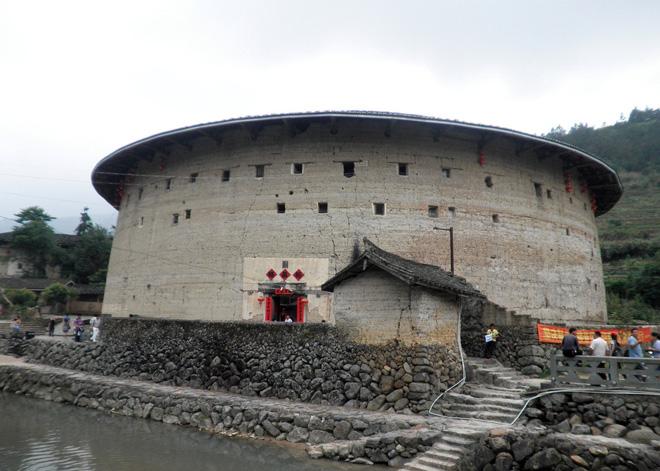 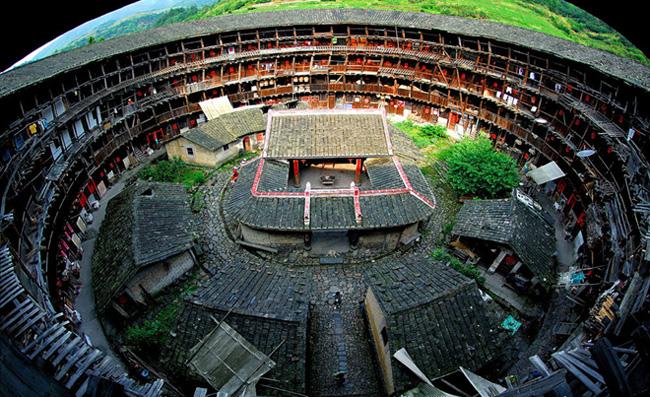 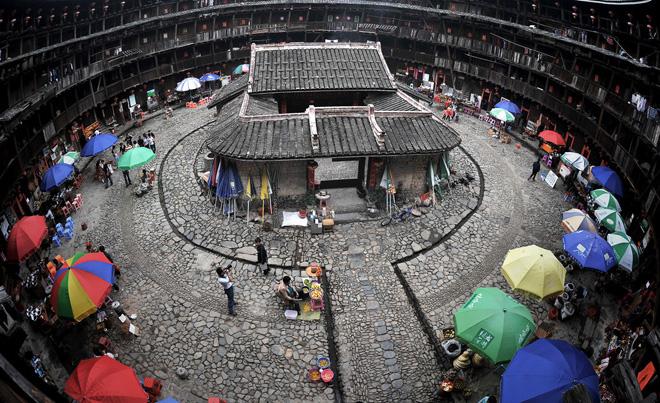 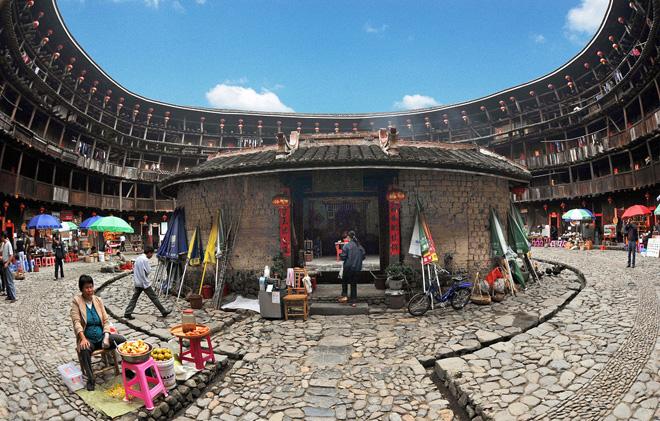 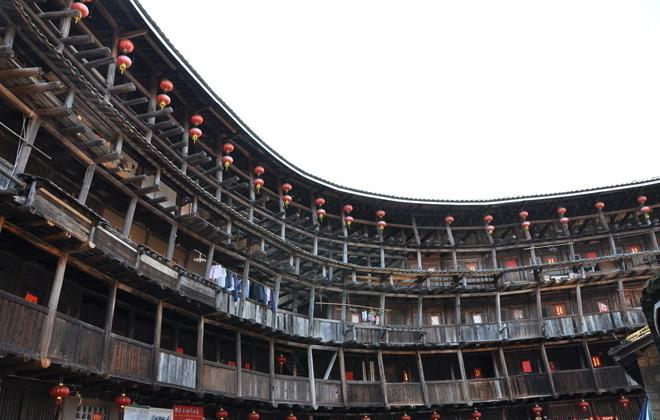 
Yuchanglou, or Yuchang Earthen Building (Chinese:裕昌楼), is located in Xiaban Village, Nanjing County, Zhangzhou city. Built in 1368 in later Yuan Dynasty and early Ming Dynasty with an area of 2289 square meters, Yuchanglou is the existing largest and oldest round earthen building in Nanjing County. 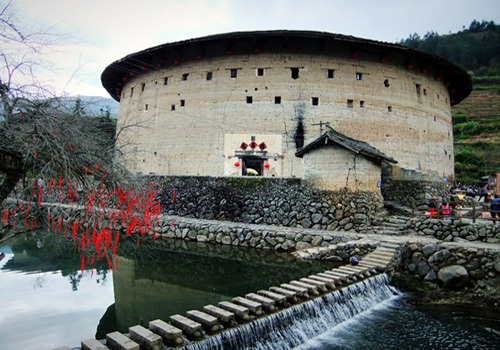 Seated at the foot of the hill by the stream, Yuchanglou is a five-storey building with a height of 18.2 meters, a 1.8-meter-thick wall at the bottom and a fir wood structure inside. There are 270 rooms of the same pattern in the building, and each storey with 54. Yuchang earthen building was built as a home of five families of Liu, Luo, Chang, Tang and Fan; therefore, it was designed into five parts with individual spaces for each family. Today, about 110 people from 18 households of the Liu family live in the building. 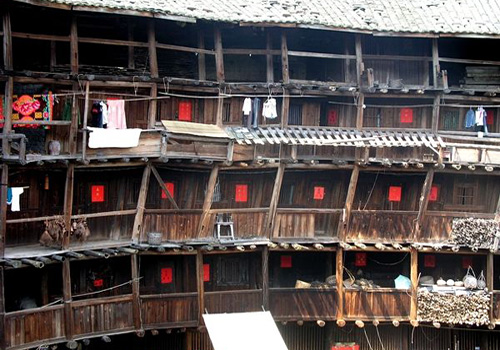 Yuchanglou is most famous for its tilted pillars. Shortly after the completion, the corridor pillars of this earthen building became tilted. The maximum bevel angle of pillars is 15 degree. On the third and fourth floors, the pillars are tilted in clockwise direction, while pillars on the fifth floor are tilted in anticlockwise direction. Though looks like a tumble-down building, it has undergone numerous storms and earthquakes for more than 600 years and remains intact today.

Built into five parts, or Five Diagrams in Chinese culture, for five families is also an interesting attraction of Yuchanglou. Each part has a respective stairway and a kitchen inside the building, and a respective observatory in the outer wall. Things are all built in the number of five, because "five" in traditional Chinese culture represents the great harvest (Chinese:五谷丰登) and the Five Blessings of longevity, rich, health, virtue and descendants (Chinese:五福临门). 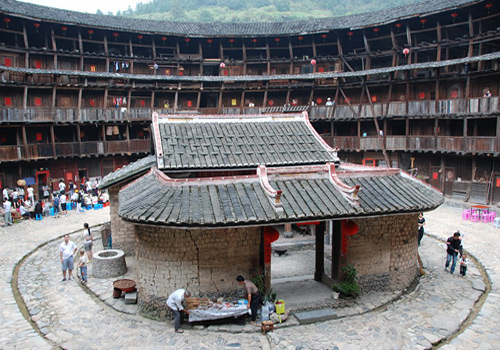 The third attraction of Yuchanglou is its independent ancestral hall. Different from the general earthen buildings, the ancestral hall in Yuchanglou was not in the ground floor opposite to the main gate, but specially built in the center of the courtyard. Around the ancestral hall is a big circle covered with cobbles, and the circle is divided into five parts in different but beautiful shapes, which represents the Five Elements (Chinese:五行) of the Chinese traditional philosophy, the gold, the wood, the water, the fire and the earth. There are three gates in Yuchanglou and each has its own function. The main gate is the central one named Happy Gate for happiness; the left gate is the Birth Gate standing for the safety and prosperity of children; and the right one is the Death Gate just used in funeral.

Water well is another attraction of Yuchanglou. Apart from the water well in the courtyard, there are other five wells besides each family's kitchen. These wells are all 0.6 meters in the diameter and 1.5 meters in the height, and the waters in the wells is just clear and plentiful that people can fetch the water directly without pumping.