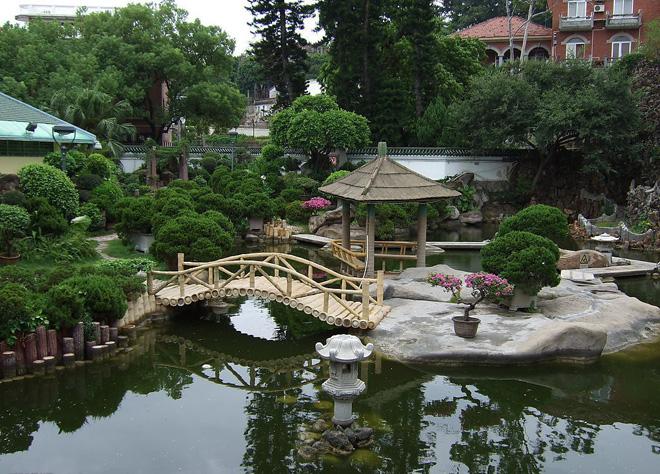 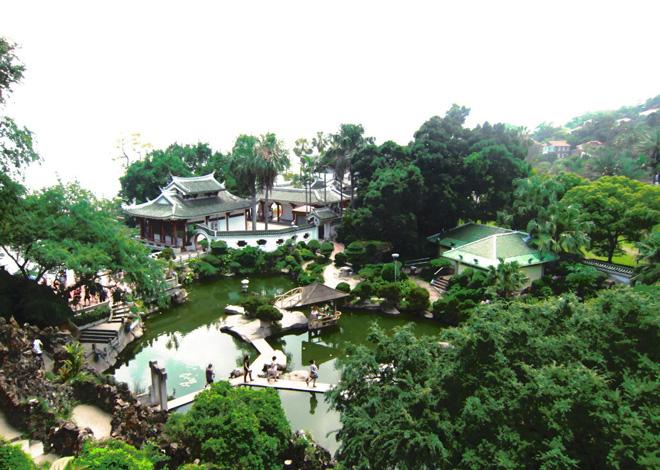 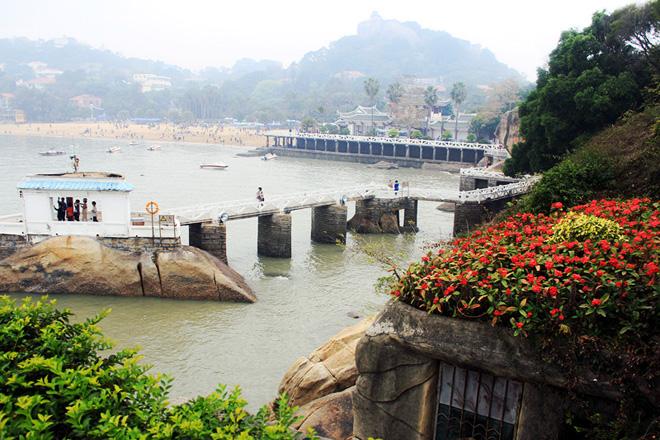 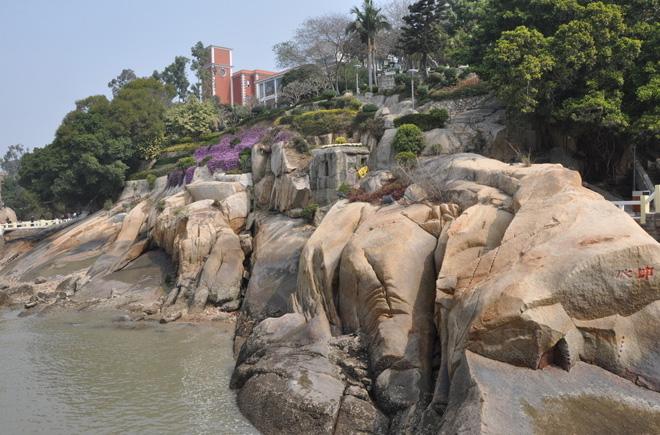 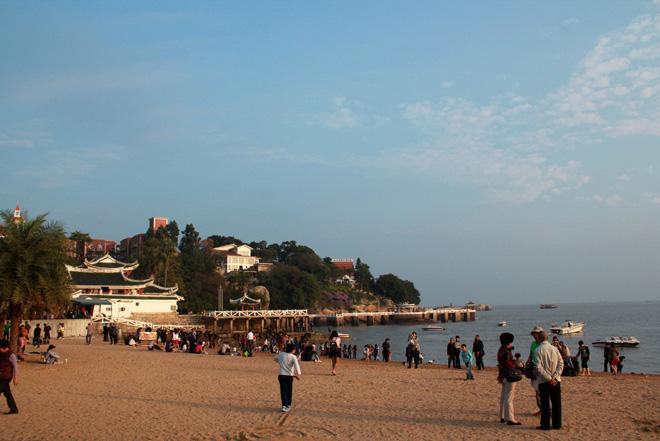 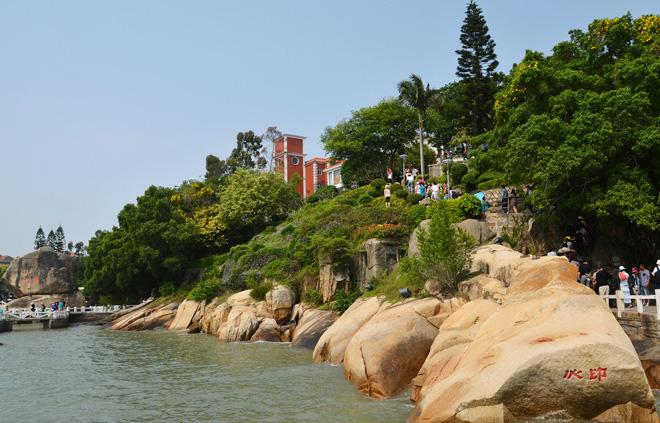 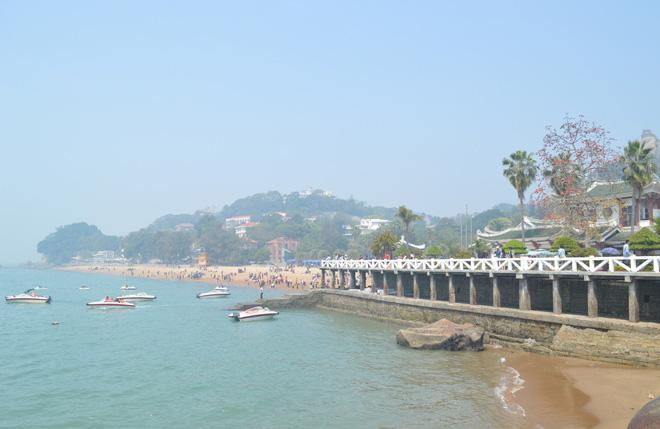 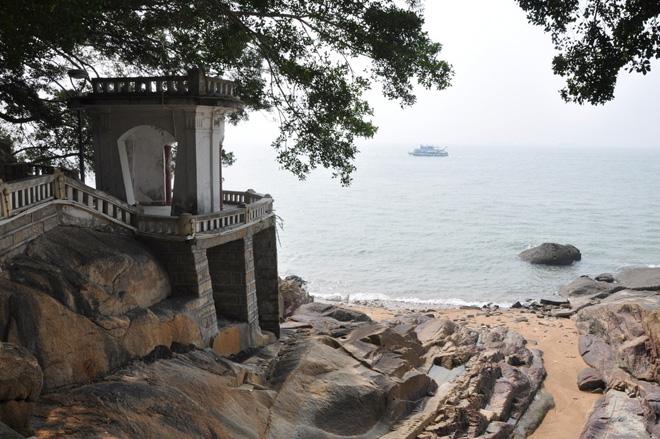 
As a beautiful seaside garden, Shuzhuang Garden (Chinese: 菽庄花园) was built in 1913 in the south of Gulangyu Island. Originally a private villa of the prestigious local squire Lin Erjia, Shuzhuang Garden was donated to the country in 1955. The garden was built according to the natural landform in ingenious layout, which creates a charming view of "garden on the sea and the sea in the garden".

The Story of Shuzhuang Garden 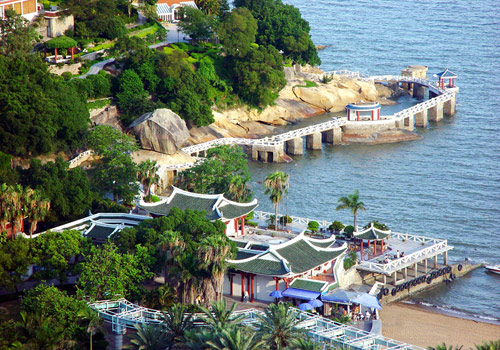 Lin family was originally from Fujian Province, and later moved to Taiwan where they built a magnificent villa, named "Banqiao Villa"; it was the place that Lin Erhia spent his happy childhood. Since Taiwan was ceded to Japan in 1895, Lin's father moved the family back to Gulangyu Island and was active in local industry and public welfare establishments. After his death in 1905, his son, Lin Erjia followed his footsteps and became a prestigious squire in the area. To memorize Taiwan and his old house Banqiao Villa, Lin Erjia had famous designer and skilled workmen built a new villa in 1913 on the island, which was an imitation of Banqiao Villa but added in new elements of southern gardens. The name of the villa "Shuzhuang" comes from the name of the founder Lin Shuzang (another name of Lin Erjia). After the anti-Japanese war in 1945, Lin moved to Taiwan again and spent his final years in the old villa. And his villa in Gulangyu was just donated to the country by his relatives in 1955 after his death.

The hidden sea is a key feature of Shuzhuang Garden. Shuzhuang Garden was built facing the sea, but the sea is invisible on the way to the garden and even after entering the garden. It is a high wall built just follow the entrance that blocking the seascape; while turn out the arch gate of the wall, the seascape is in sight. This special way of hiding the sea in the back often creates an amazing view to the visitors. 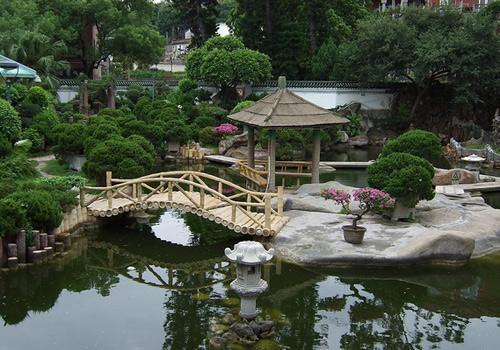 Scenery-borrowing is another feature of Shuzhuang Garden. Together with steps, bridges and pavilions, natural scenes of the slope by the sea, rocks and fluctuated tides are borrowed into the garden, which make this narrow and small bay to be presented as a wide and stratified seaside garden. The faraway mountains, isles, sunlight rocks and flying sea gulls are also charming views borrowed from the exterior seascape.

What to see in Shuzhuang Garden?

In Bushan Garden, there are Hard Stone House (the study room of the master), the courtyard Yi Ai Wu Lu (means I love my house), Twelve Holes, Tingchao Pavilion (a pavilion for listening to the tides) and Xiaolan Pavilion. The Twelve Holes are serial holes built according to the Chinese era; it is a playing place for children and often creates a dynamic scene compared to the peace of the surrounded pavilions and scenes. 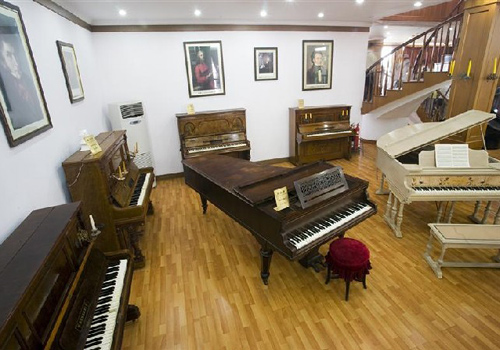 After donated to the country, Shuzhuang Garden was gradually equipped with many new facilities and spots by the government. The most famous and unique one is the Piano Museum, which was rebuilt from a Pavilion in the garden. In the museum is the lifelong collection of pianos from the collector Hu Youyi, who has lived in Australia for many years. About 30 world-renowned clavichords are exhibited in the museum showing the development of the pianos and the making techniques. These precious pianos includes the Steinway made in American in 19th century, the Bosendorfer from Austria, the royal piano for German royal family, the piano gem, the gold-plating piano, the earliest corners piano, the biggest vertical piano, the oldest hand piano and so on.