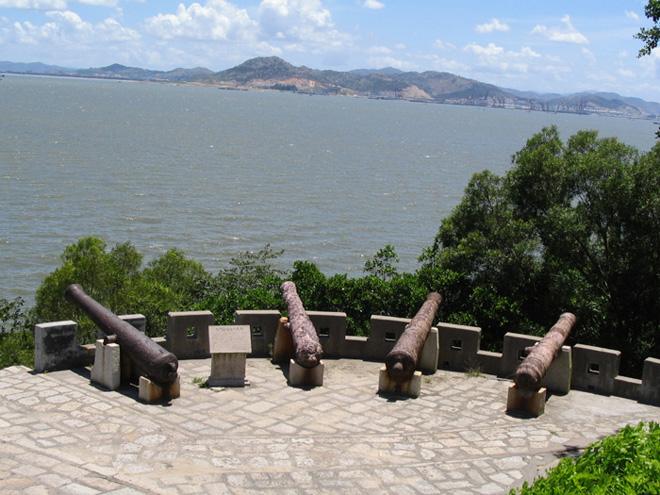 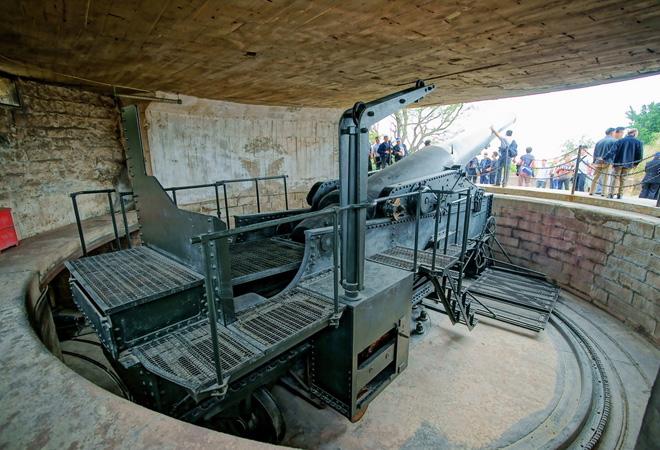 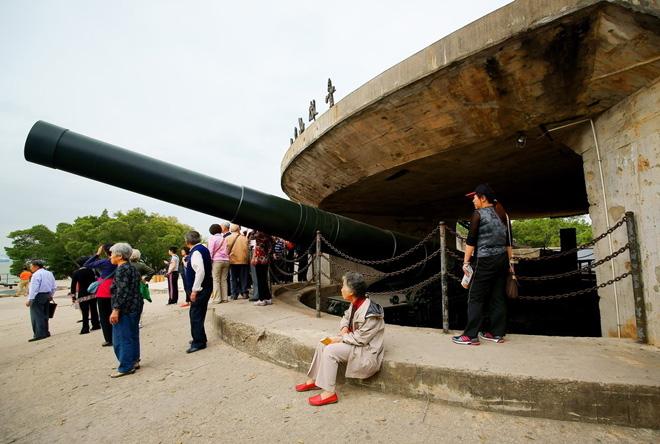 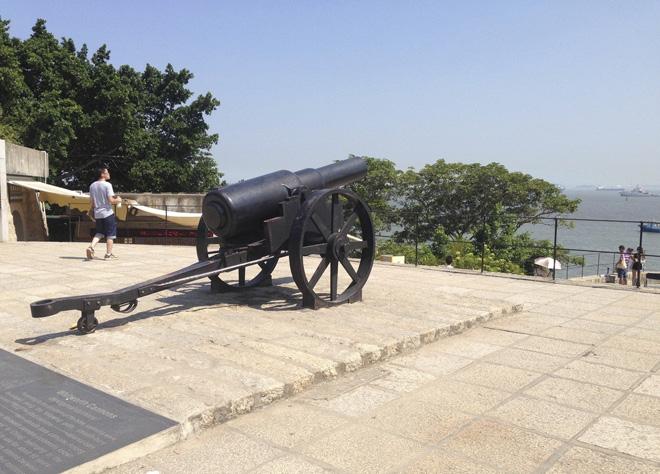 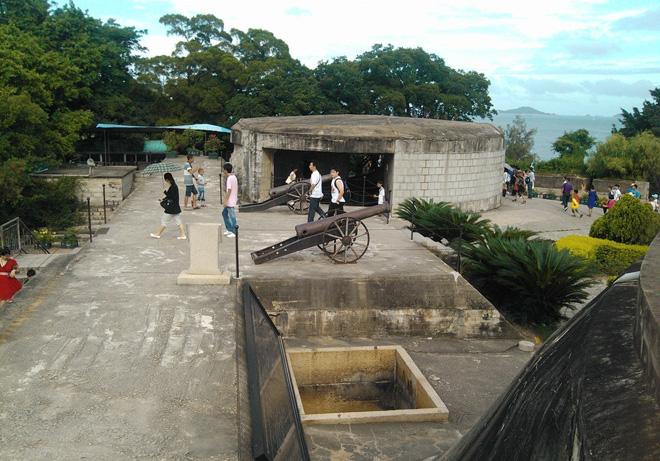 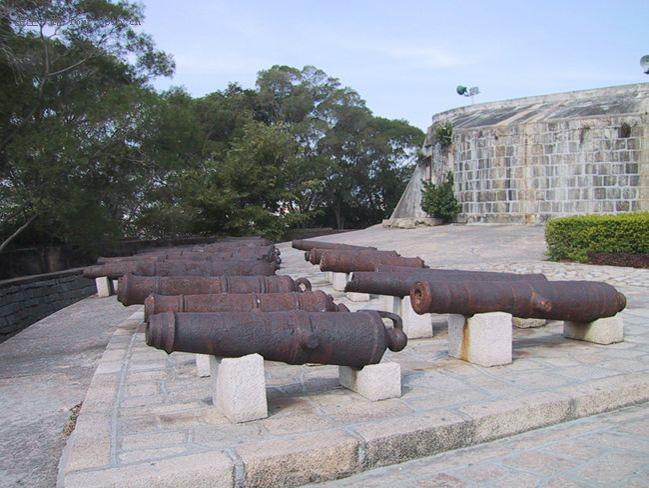 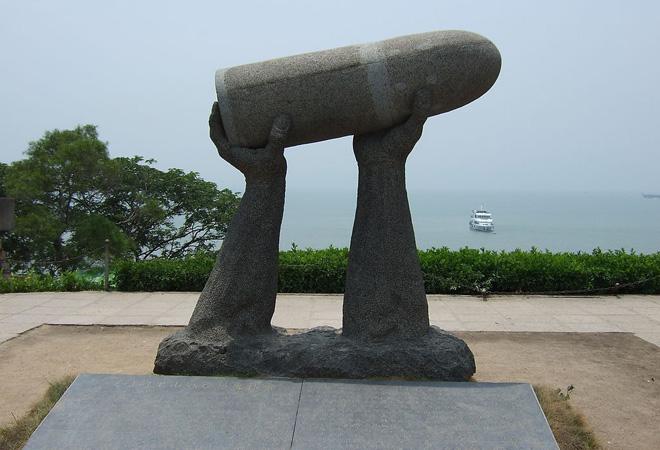 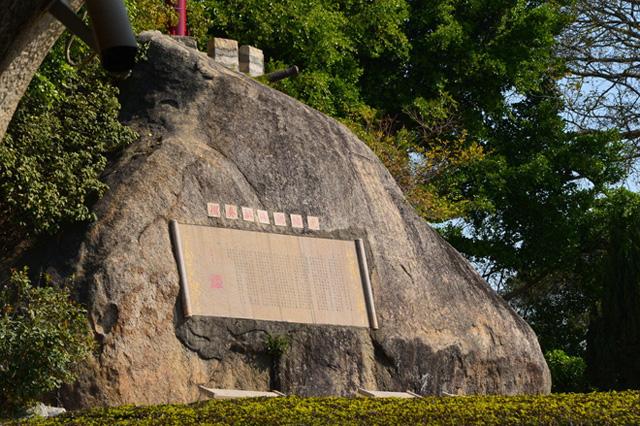 Introduction to Hulishan Fortress of Xiamen

Built in 1894 during Qing Dynasty (1644-1911), the Fortress of Hulishan Mountain was a product of the Westernization Movement (1861-1894) sponsored by Qing government. The location of the fort was chose in the set-off of the foreland in the southeast of Xiamen City, close to present Xiamen University. Occupying an area of more than 70 000 square meters with 13 000 square meters being the barbican, the Hulishan Canon Platform is divided into three parts, the battlement area, the barracks area, and the back mountain area, including posterns, revetment, ammunition depot, observation room, etc. The structure is a semi-blockhouse and semi-city wall, with a combination architecture style of both European and Ming and Qing Dynasties. 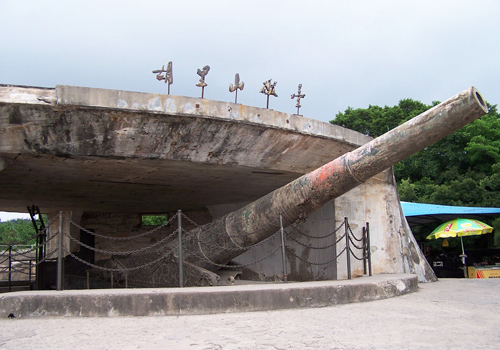 The Hulishan Fort enjoys a significant geographical position in Xiamen, which can support the White Stone Fort in its east to obstruct the enemy warships outside the watercourse, can cooperate with the Yuzaiwei Fort across the sea to block the enemy warships on the sea-route, can guard Xiamen port and pursue and attack the enemies in the port, and can in support of the land forces in the north.

The cannons were equipped with the optimal outfits at that time, particularly the Krupp Cannon, the two main artilleries which measure 4.6 meters in height, 5.29 meters in width, 7.36 meters in track diameter, 87 tons in weight, and were made with a 280mm-caliber, 360 angle of fire, a 13.9-meter-barrel, and a 19760-meter-firing range.

Included in The Guinness Book of Records 2000 as the most ancient and largest (in 19th century) existing coast gun in the world, Hulishan cannon is hailed as the King of Cannon which is extraordinary powerful that can launch 1-2 bullets every minute. Unfortunately, the west cannon was destroyed in 1958. 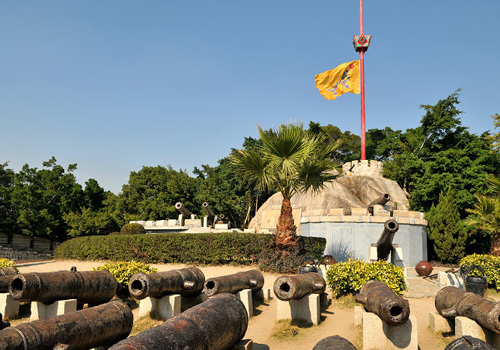 In the front of the cannons, there are observations, which are opened to visitors to oversee Dadan Island and Erdan Island of Jinmen by telescope. In the cannon yard, it has a new-built large scale wall carving themed by the Soul of the Nation, and the Rongguang Treasures Museum is also located in the original barracks of Hulishan Mountain, which exhibits the collections of Mr. Zhang Rongguang, a famous Singapore collector. In the museum, two things deserve to be mentioned; one is a fancy-stone comes from Burma which weights in 2.5 tons and is considered the most important treasure of the museum; the other is a smallest cannon in the world, which only weights in 0.22 kg, measures in 11cm in length, and 0.8cm in caliber.