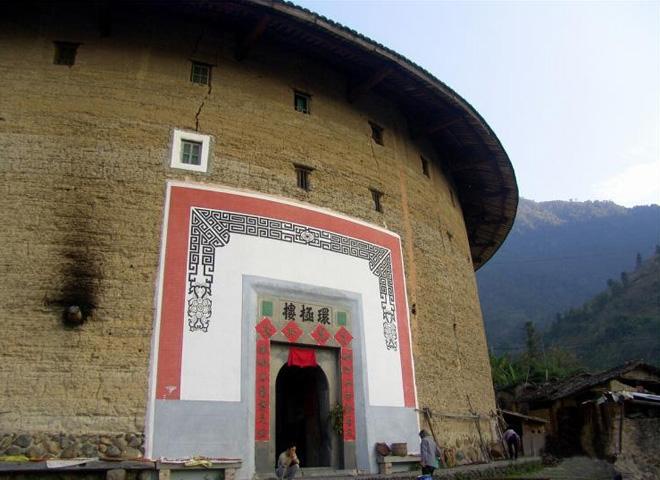 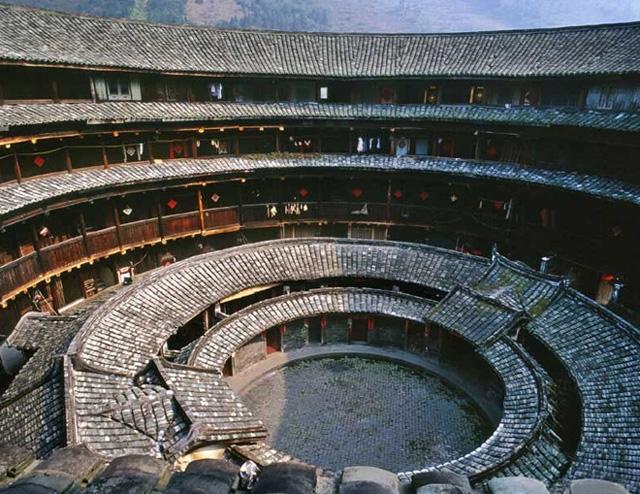 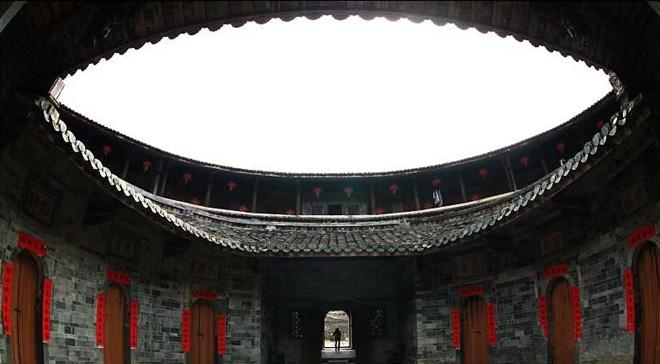 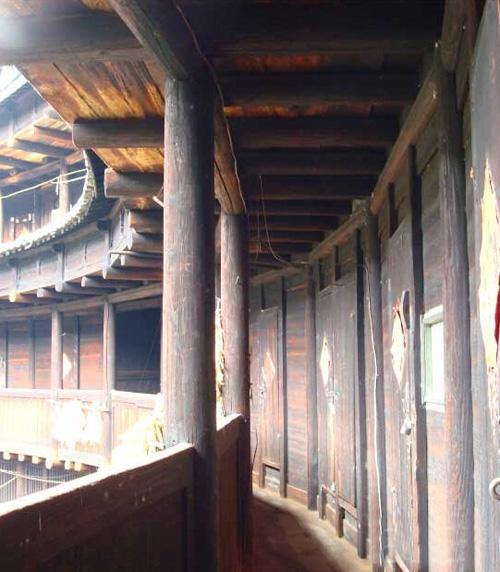 The round Huanji earthen building located at Nanzhong Village of Yongding County, Fujian Province, was constructed in 1693 by Mr. Su Buchen. This building is some 43 meters in diameter and about 20 meters in height, comprising four storeys.

In Huanji Building now live 116 people from 21 families; today there are over 400 people who are Mr. Su’s descendants still living in the township and some live in southeastern Asia especially in Burma. The first floor of the building is made up of 32 rooms used as kitchens and dining rooms, with a hallway and a main hall; the 34 rooms on the second floor function as storage pockets; and the other two floors has 34 rooms respectively. In addition, there are a well inside and outside the building separately, and the annexe of the Huanji Building is also set with 16 bedrooms, 18 stables and grinding mills. 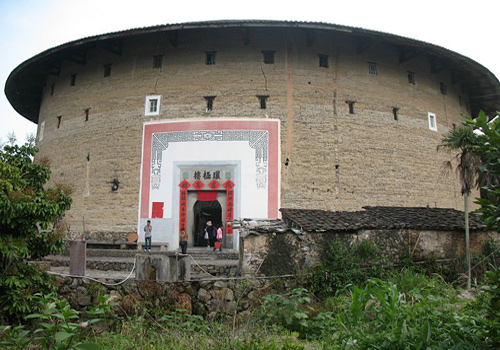 The name of the building "Huanji" is said to be related to the Polaris (Chinese: 北极星). In the ancient times, it was believed that all the stars moved around the Polaris, and this building was named after the Polaris in Chinese due to its position being considered to be the same as the Polaris. However, another statement explains the name like this: the Chinese character "环" has the same meaning with "圆", which symbolizes “completely successful” in Chinese, and "极" implies "extremely", so the name "环极" presents the owner’s wish of keeping the family extremely prosperous all the time. 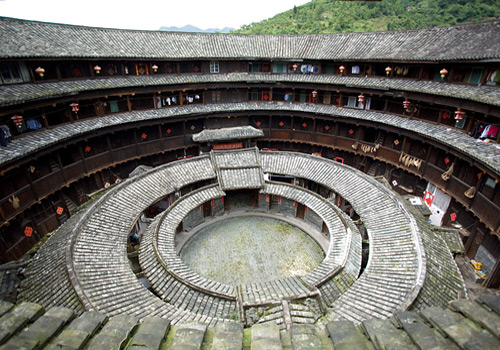 The most characteristic feature of Huanji Building is that it is marvelously outstanding in resisting earthquake. It has encountered many earthquakes in the past over 300 years but keeps safe and sound to today. According to the annals of Yongding County, the county suffered from a 7-magnitude earthquake, which caused the slurry of the fields nearby spouting up to several meters and the tiles paved on the roof of the building were shocked off. However, the whole building still stands there with almost no damages except for a lathy fissure on the outside wall. Standing on the center of the building singing or shouting, people can hear their echo, which resembles the phenomenon at the Echo Wall of Temple of Heaven in Beijing.

Another feature of Huanji Building is its layout without any ancestral hall in the central courtyard, which symbolizes rebelliousness in feudal China. Therefore, the building is also called "忤逆楼" in Chinese, which intends the rebellious spirit of the designer.