Wuhan, the provincial capital of Hubei Province, is the largest metropolis in central China. It was once lauded as the Chicago of the East. Divided by the world’s third longest river Yangtze River and its largest tributary Han River, Wuhan is made up of Wuchang District, Hankou District and Hanyang District.  Hankou is the most bustling business quarter of Wuhan as well as the trading center of central China; Wuchang is the center of higher education institutions and the representative of cultural Wuhan; Hanyang is prime developing district. Wuhan occupies an area of 8,494 square kilometers with some 10.02 million residents. Dotted with almost 170 lakes, the city of Wuhan is also known as Riverside City. Located in the heart of China and crisscrossed by Yangtze River and Beijing-Guangzhou Raiway, Wuhan boasts an important industrial base and the transport hub of China. The Wuhan Yangtze River Bridge is the first bridge on Yangtze River. Wuhan is also a place where visitors will encounter with history and culture at each and every glimpse. It is the location where the classical allusion of High Mountains and Running Water (the story about Yu Boya found his bosom friend Zhong Ziqi, who understood his feelings behind his lute music, implying that it’s hard to find a bosom friend) took place; it is the place where the first shot of 1911 Revolution was took; it is the hometown of White Clouds and Yellow Crane (implying time never returns); it is the birthplace of modern industry; In the year of 1986, it was listed as a National Historical and Cultural City by the State Council.

History of Wuhan - Chicago of the East 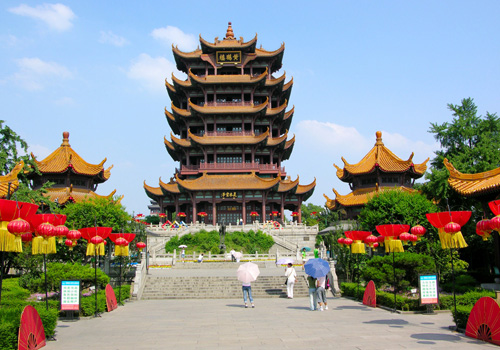 Wuhan has long been an urban center, dating back almost 3,500 years. The Panlong City Site, which was listed as a national key historical relic protection unit, has proved that. During the Three Kingdoms (220-265) period, cities of Jiangxia and Queyue were built in Wuchang and Hanyang districts. Wuhan became a trade port in Tang Dynasty (618-907) and one of Four Great Towns in Ming (1368-1644) and Qing (1644-1911) Dynasties. Wuhan deserves a page in modern history of China. In the year of 1858, Hankou was opened up as a foreign commercial port according to the Treaty of Tianjin. So many plants and bank sprung up that it soared as prosperous as Shanghai and gained the name of Chicago of the East. The 1911 Revolution of overthrowing the last feudal dynasty took place initially in Wuchang District. Tourists want to find history there and they do, at such landmarks as Red Cliff, which is the former command center of the revolution.

Wuhan nowadays – Slow down its pace 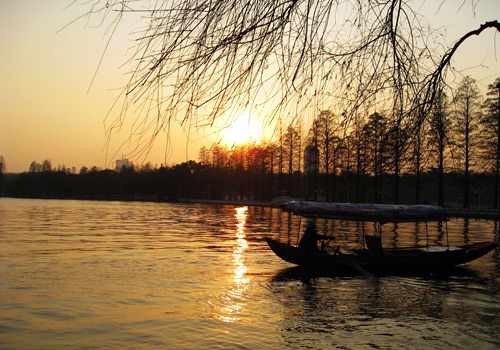 Since 1990s, Wuhan has been in recession; the luster of Chicago of the East has gradually faded away.  Thankfully, it perks up bit by bit due to the strategy of Rise of Central China. In 2011, it was listed as a national key city. The East Lake New-tech Development Zone is the second independent innovation test site. Anyway, just like the old saying goes that a lean camel is bigger than a horse; Wuhan has glimmers of progress. At the same time, as the birthplace of Chu Culture (a distinct culture developed between East Zhou (770BC - 256BC) and Qin Dynasty ( 221BC - 207BC) on middle reach of Yangtze River and Han River), it offers a trove of places of interests. Visitors can find ancient architectural masterpiece such as the famous Yellow Crane Tower, one of Three Great Towers in South of Yangtze River Region; find natural wonders such as East Lake, the largest downtown lake in China; find a place for solace at Buddhist Guiyuan Temple, Changchun Taoist Temple…