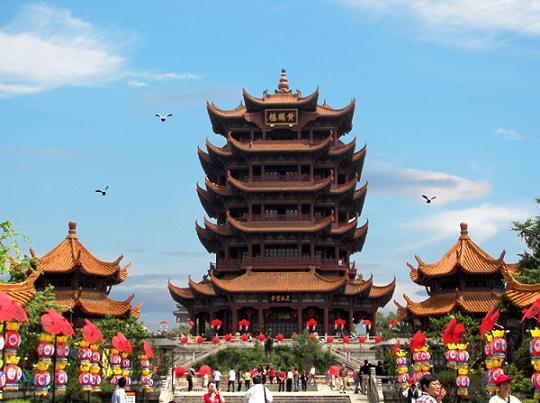 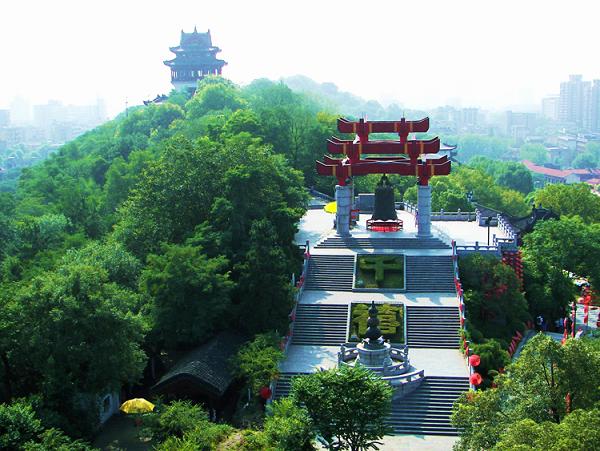 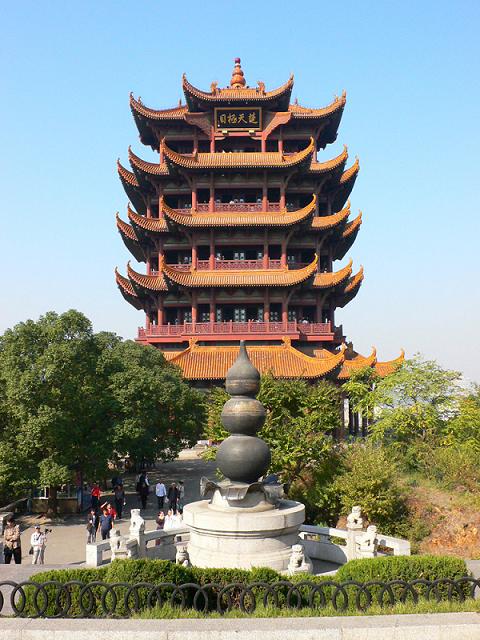 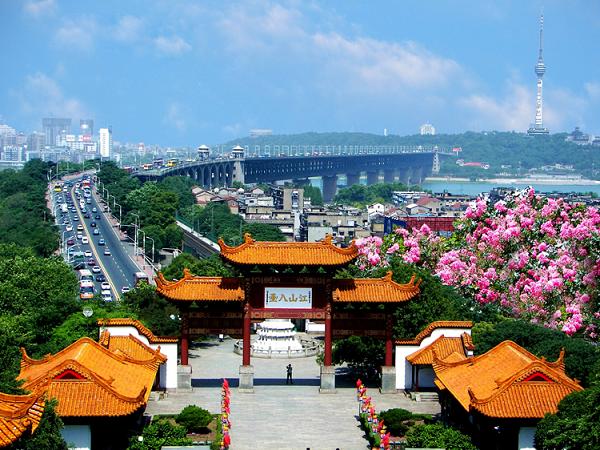 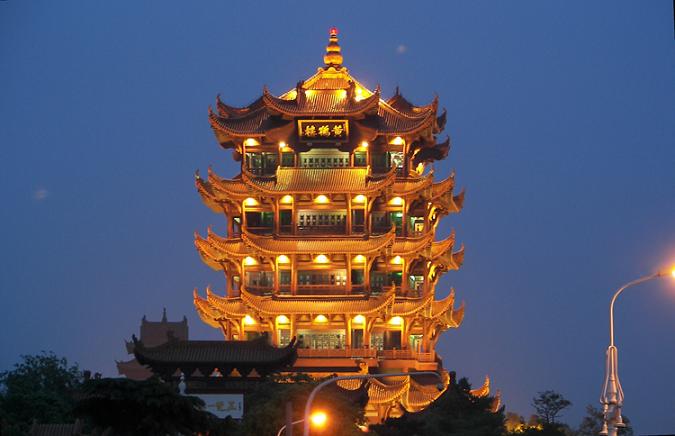 The Yellow Crane Tower was originally built for the reason of military purposes. In the Three Kingdoms Period, the tower was built as a watchtower in one corner of the Xiakou city. Because of the unifying of the whole country, the tower lost its military value and gradually turned into a scenery-view place for the common people. With the development of the city, this tower was becoming a tourist attraction, especially in the Tang Dynasty, a large number of literati have visited here, leaving abundance of famous poems which make the Yellow Crane Tower well-known to more and more people. From the year 223 when the Yellow Crane Tower was first built to 1985 when it was last reconstructed, the tower had passed 1762 years during which, according to accessible literature, it was demolished for 12 times and rebuilt for 12 times and renovated for scores of times. Again and again, wars and fires turned the famous tower into ashes, but after each time restored by the people of Hubei. 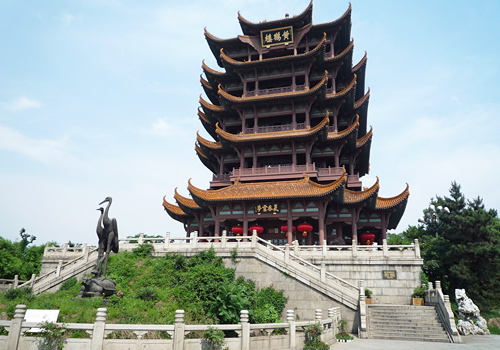 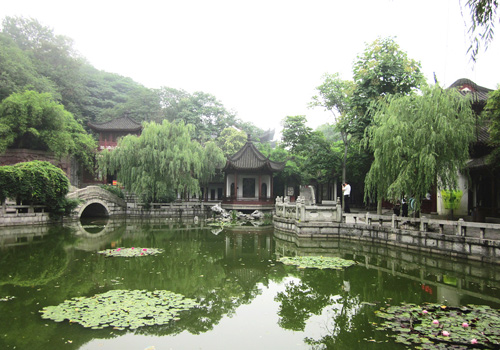 1. The first floor has an inner height of over 12 meters. On entering the hall, you will see two pillars with couplets. Each of the upper and lower couplets is as long as 10 meters. On the wall facing the entrance is a mural painting measuring 9 by 6 meters and made of 756 enameled pieces, with the name “White Clouds and Yellow Crane”. The picture is characterized by a heavenly, romantic and fanciful atmosphere. The entrance-facing wall of the inner hall is embedded with a wood inscription that introduces the history of the Yellow Crane Tower in concise pros and elegant calligraphy. 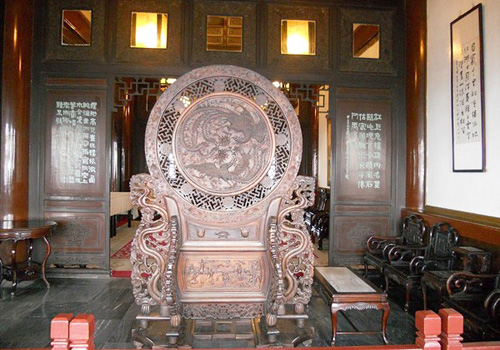 3. What attracts most eyes in the third floor hall is a famous couplet on the pillars which depicts the imposing Yellow Crane Tower with verve and praises the feats of ancient celebrities, with the purpose of paying respect to the past and making expectations for the future. On the main wall of the hall is a mural painting which portrays 13 celebrities relating to the Yellow Crane Tower including Cui Hao, Li Bai and Yue Fei, etc.

4. The fourth floor serves as an “interlude” in the tower. Works of some famous contemporary calligraphers are hung on the wall of the hall, and there are brushes and ink for inspired tourists to compose or paint, as all visiting literati have done since ancient times.

5. The mural painting in the fifth floor named “Boundless River Flowing to the Sky’s End”, representing the scene that Yangtze Rive rolls forward with unstoppable momentum. The great river has been the cradle of the brilliant Chu culture, which measures Chu people and gives birth to the imperishable Yellow Crane Tower.

The overall arrangement of the Yellow Crane Tower Park is to combine the natural scenery with the cultural view. There are also some other spots, including Yue Fei Pavilion, Mao Tsedong’s lyric Pavilion, the Goose Pond, the White Cloud Tower, Taibai Hall, etc. There is also the performance of the Chimes Bell (编钟, a kind of ancient Chinese musical instrument) which is held in the Fallen-wintersweet Pavilion (落梅轩), each performance is for free and it lasts about 15 minutes, respectively at 10:00, 11:40, 14:20 and 16:00.