Urumqi is the capital city of the Xinjiang Uygur Autonomous Region located in China's most northwestern area. This literally "beautiful pasture" in Mongolian is a major transport node and the largest city of the whole Western Region. Situated in mainland China, Urumqi is renowned for being ranked in the Guinness Book of Records as the world's most remote city from any sea (2,500 kilometers). The Han are the most important ethnicity of the population but Uyghurs, Hui and Kazakhs are also of great number giving a special cultural interest to this distant city! Urumqi enjoys a semi-arid continental climate with huge discrepancies between winter and summer times, the two longest months there. With continuous sunlight and bare precipitations, Urumqi enjoys an extremely arid weather, what is all the more surprising when travelers discover the lush pasture sceneries surrounding this sprawling city. Indeed, if you are waiting for a typical desert like city, where camels and traders park in the streets you may be disturbed by the active and modern city that has become Urumqi since recent years. Being set at the foot of the Tianshan Mountains, one of the largest mountain systems of Central Asia, and located near to large-scale lakes and lush pastures, Urumqi is a paradise for travelers to look for some new experiences. This sprawling metropolis is the perfect way to discover the Xinjiang Province, especially in May and October when fruits and flowers burst everywhere! 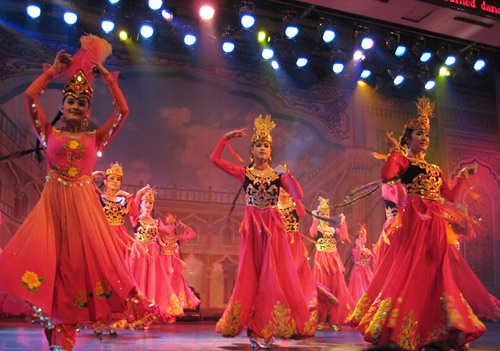 Historically speaking, the city of Urumqi has undertaken many changes of rules and government since the time the Han Dynasty (206 BC - 220 AD) established itself in the area. Urumqi was set as a pivotal stop-off and safeguard point on the Ancient Silk Road, and is still remembered today for this famous past. There, agriculture, trades, handicrafts industry, etc... developed quickly making the fame of Urumqi everywhere in mainland China and Central Asia. The area only came in full Chinese control in the 7th and 8th centuries, by the foundation of the county of Luntai in 640, seat of the local government at just 10 kilometers away from today's Urumqi. But during the Qing Dynasty, Emperor Qianlong named the expending town of Luntai as "Dihua", which was on the point to become a capital in 1884, when the Guangxu Emperor of Qing Dynasty (1640 AD – 1912 AD) established Xinjiang as a Province of China. In 1870, the Turkic Muslim forces defeated the Dungan Muslim ones at the Battle of Urumqi. Then, this is only after the foundation of the PRC that the city was renamed "Urumqi" on the 1st of February 1954. Since the 1990s, the Chinese government started efforts to relocate skilled Han in the city. This is proud of all these historical events that the city of Urumqi has now become an important hub and tourist city in the far Western Region of China. 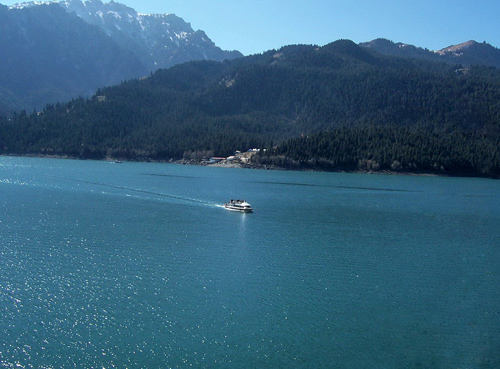 Embedded at the foot of the Tianshan Mountains, Bogda Peak and the vast Salt Lake in the east in addition to alternating fields and sand dunes in the northwest, Urumqi is just a place where travelers would marvel in every step they take. The tourist resources of this far western China town cannot be contested as it flourishes with many historical sites tracing from the Silk Road as well as cultural sites and attractions of great interests. Discovering the Uyghur and Muslim culture of this town is also an opportunity to see another face of China. In Urumqi, seeing the Tartar Mosque, the Red Hill, the Heavenly Lake, the Southern Mosque, the Southern Pastures, and the Xinjiang Regional Museum are must-see top highlights! Offering numerous choices in terms of restaurants, hotels and other types of accommodations, Urumqi is just a place where travelers will finally feel home despite the surrounding landscape of a western Chinese city. Attractions are always appreciated by travelers to Urumqi and the International Grand Bazaar shopping time is an opportunity to enjoy the Chinese way of bargaining, a real rule and way of life all over China. Uyghur style suits, sweaters, souvenirs, embroideries and other hand-made jewelries... many colorful and precious souvenirs are waiting for you to keep a memory of your journey in the area. A visit to Urumqi is also the chance to taste native Uyghur delicacies as well as Regional Chinese cuisine, a really worth it experience for any lover of Chinese food. Touring Urumqi during your China experience is discovering a new world at the frontier of Central Asia, an experience which will give you an everlasting memory!