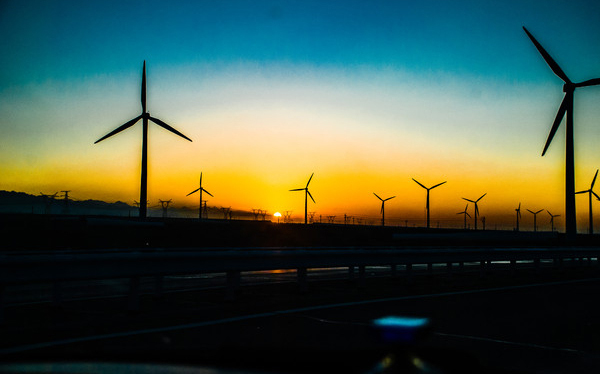 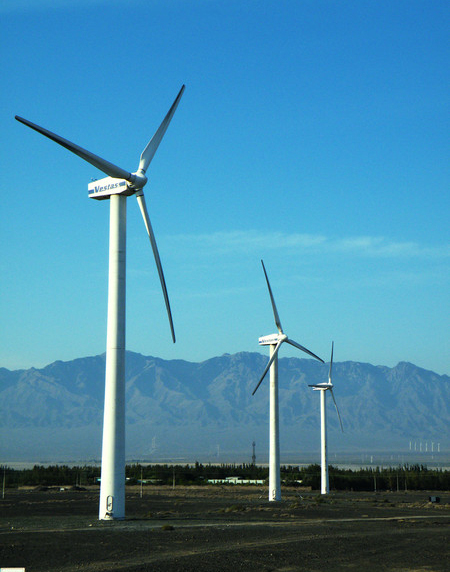 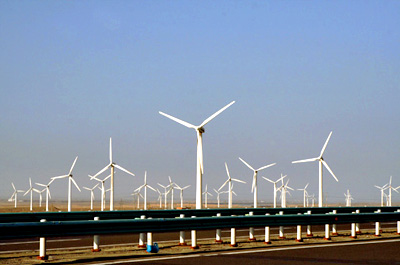 The famous Dabancheng 100-mile generating area is located eight kilometers southeast of Urumqi along the highway, where you can see the spectacle array of over 100 silver white fans.

Dabancheng Power Station is the first large-scale wind power plant in China and the largest wind power station in Asia, with an annual power generated energy of 18,000,000 watt. Xinjiang is one of the regions in China with the richest wind power, second only to Mongolia.

Wind power is a clean and recyclable resource with wide distribution. The applying of wind power is effective to protect environment, reduce pollution and improve structure of power supply. Therefore, the study and apply of wind power has been valued by many countries. And Dabancheng Power Station was the production of wind power study. The study on wind power in Xinjiang began as early as in 1985. in 1989, Dabancheng started to generate electricity after being merged into Urumqi power system.