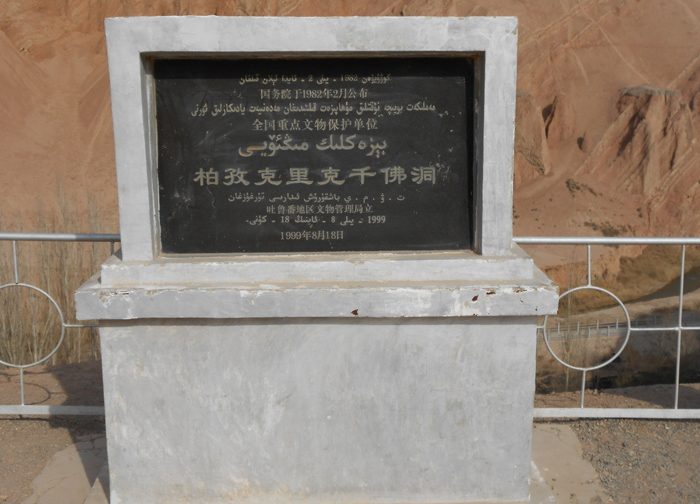 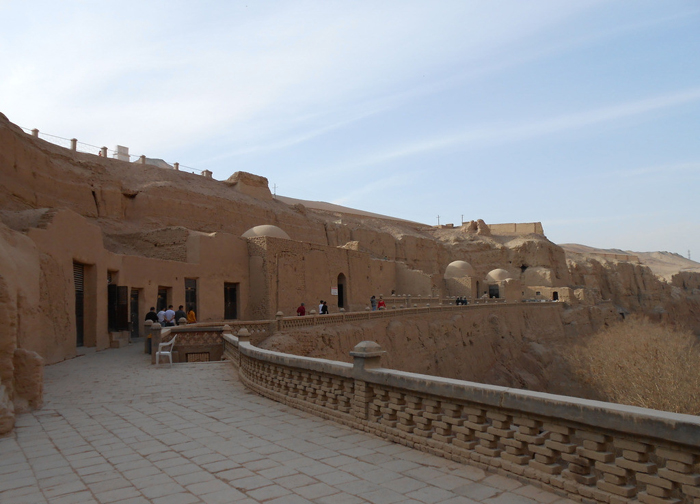 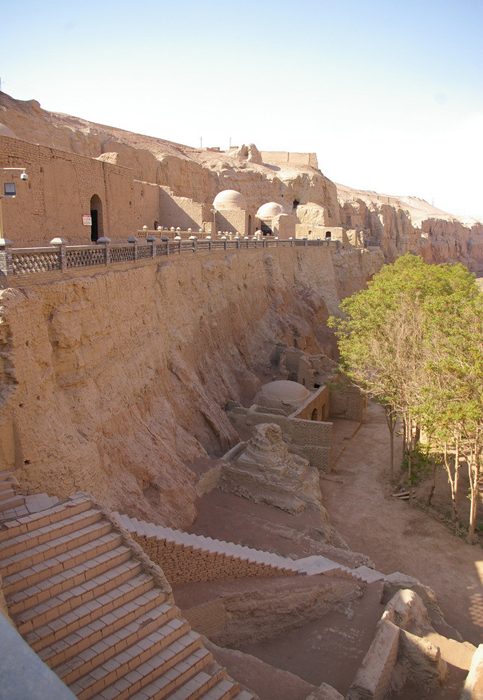 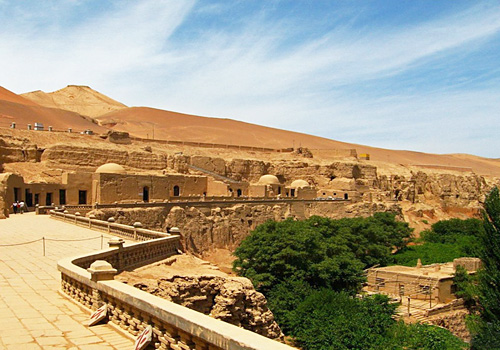 Known as one of the most important Buddhism grotto sites, Bizaklik Thousand Buddha Caves has the largest carved grotto and the richest content of mural paintings in Xinjiang Uygur Autonomous Region. It located in the Mutou Valley of the Flaming Mountain and 45 kilometers northeast of the Turpan. With 83 caves (57 caves extant) and over 40 mural paintings, Bizaklik Thousand Buddha Caves span an area of 1,200 square meters and have been through a path of creation, prosperity and decline. Started in the late of Northern and Southern Dynasties (420-589), it has always been the center of Buddhism in Gaochang region and went through the fall of Tang Dynasty (618-907), the Five Dynasties (907-960), Song Dynasty (960-1279) and Yuan Dynasty (1271-1368) and so on. It has remained a decade-long period of prosperity during the time the Uighur established the kingdom here and served as King’s temple. 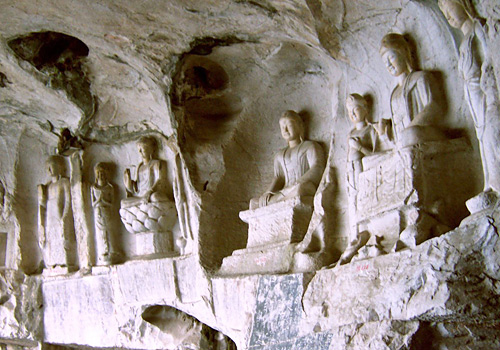 In the end of 13th century, The royal family of Gaochang moved to Yongchang, Gansu province (甘肃永昌) and also Islam was introduced to Tupan during the time. As time went by, Buddhism was losing its grip in this area and was replaced by Islam. Therefore, Bizaklik Thousand Buddha Caves have been forgotten gradually and were damaged badly in 20th century. However, the destroy cant obscure the gorgeous and elaborate mural paintings and it is still a great cultural and art treasury. In 1961, Bizaklik Thousand Buddha Caves were listed as one of the country's key protected cultural sites. Reckoned as one of spectacular grotto arts, it is on a par with Longmen Grottoes and Dunhuang Grottoes of China, and Ajanta Caves of India. More than 5,000 visitors flock to the Bizaklik Thousand Buddha Caves of Turpan each year, it becomes one of the most popular tourist destinations in Xinjiang Uygur Autonomous Region.

What to see in Bizaklik Thousand Buddha Caves?

The name "Bizaklik" means "hillside" in the Uighur language and also the place where these grottoes situated. The diverse themes of mural paintings can be found here, such as Bodhisattva, dragon decorations and Four Heavenly Kings. 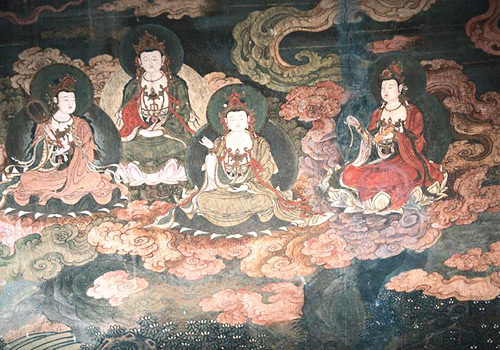 Among these 57 caves extant, different paintings vividly reveal the different passions and characteristics of the times. No.17 and 18 grottoes were excavated at the end of Northern and Southern Dynasties. No. 16 grotto was begun in the middle of Tang Dynasty. No. 20 is filled with the pictures of King and Queen of the Uighur kingdom. No.33 shows us the picture that all disciples are rising and standing in silent tribute after the Buddha's nirvana. The life of ancient Manichaeism can be seen in No.38. No.82 and 83 are miniature monumental grottoes for eminent monks in golden time during 10th and 11th centuries. The paintings adopt the style from Tang Dynasty. Simple, clear and smooth paintings fully display the great skills of local artists.

Accommodation and food in Turpan

Accommodation in Turpan is characteristic. There are vineyards or grape trellis in nearly every hotel, which also offers Uighur song and dance performances. Visitors can go for walks under the grape trellis and savor the taste of grapes. A wide range of quality and price levels can be found, such as, high- class hotels, economical hostels. Tourism is at its peak from June to September, during which time visitors had better make a reservation in advance. Due to the rigorous climate in Turpan, ordering rooms with air conditioning will be a better choice during the summer time. Noodles in Turpan are famous for the distinct cooking method, which is a kind of wheat food stretched and twisted by hands and mix with salad. Viewed as one of local-flavor specialties and snacks, it is popular for its flexible, smooth and delicious taste.