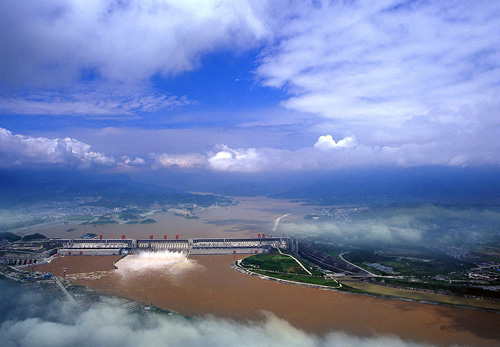 Transfer via: KE 829 at 15:30PM arrival at Beijing-own arrangement  Program: Arrive in Beijing, you will be met and transferred to hotel, free at the rest of the day

Transfer via: MU2130 1900-2100 (arranged by us)  Program: Full day visit the Badaling Great Wall, the Ding Tomb, the Sacred Road. On the way back to hotel, you will be driven to visit the main 2008 Beijing Olympic venues, take an exterior visit of both the Beijing National Stadium (Bird's Nest/Olympic Stadium), National Swimming Centre('The Water Cube'), feel free to take some photos of the stadiums. Then be transferred to airport for Xi'an. Arrive in Xi'an, you will be met and transferred to hotel

-Badaling Great Wall: One of the eight wonders in the world and the symbol of China.
-The Ding Tomb: The only underground tomb of the thirteen tombs of the emperors in the Ming Dynasty.
-The Sacred Road: The way guarded on both sides with stone statues by which the ancient emperors went to hold a memorial ceremony for the ancestors.

Transfer via: MU2267   2020-2130 (arranged by us)  Program: Full day visit the Terra-cotta Warriors and Horses, Big Wild Goose Pagoda, the Ancient City Wall, the Bell Tower, then be transferred to airport for Chongqing. Arrive in Chongqing, be met and transferred to the dock. Board the ship from 17:00 to 20:00 and departs Chongqing at 22:00

-The Terra-cotta Warriors and Horses: The greatest archaeological findings of the century: the army of terra-cotta warriors and the bronze chariots entombed in vast underground vaults at emperor Qin's tomb.
-Big Wild Goose Pagoda: It is a well-preserved ancient building and a holy place for Buddhists.
-The Ancient City Wall: It is the largest and best preserved present city wall in ancient China and is probably the best military battlement in the world.
-The Bell Tower: The wooden tower, which is the largest and best-preserved of its kind in China, is 36 meters (118 feet) high.

Shennong Stream is another tributary of the Yangtze River, and its fast-flowing, clear water runs southwards through deep gorges. The stream races past large and small Karst caves, flocks of swallows, sheer cliffs, deep gorges, waterfalls, three-colored springs, rapids, the ancient plank path, a suspended coffin in the cliff, groups of ancient tombs and marvelous Karst formations. Accommodations: President No.1*****

-The Bund (Waitan): It is one of the most recognizable architectural symbols of Shanghai. It is here where the first British company opened an office in 1846.
-Nanjing Road: It is one of the most important commercial and tourist streets in Shanghai, which stretches from Waitan to Yanan Xilu.
-Yu Garden: It's reputed to be the most beautiful garden south of the Yangtze River. Built beside the Temple of the City God and covering only fives acres, it follows the Suzhou garden design of a world in microcosm.
-Jade Buddha Temple: The Jade Buddha Temple is one of the few temples in downtown Shanghai. If you're lucky, you can watch the monks serving a ceremony in a side room.
-Huangpu River: take a glimpse at the old Shanghai & new Shanghai. Enjoy a sight of rows of magnificent buildings on the banks and ships of different sizes briskly plying the Huangpu River.
-Shanghai Old Street: Known as Fangband Road, "Shanghai Old Street" with a total of 825 metres, is adjacent to the Yuyuan Garden Bazaar Area and runs in an east-west direction from Zhonghua Road to Henan Road South, with both ends marked by decorated archways.

Transfer via: KE 876 at 10:25AM   departure Shanghai-own arrangement  Program: Free at leisure, then you will be transferred to airport and take your flight to next destination