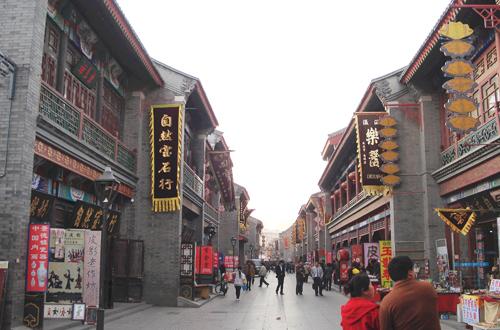 Tianjin has a highly developed transportation network that includes road, rail, water and air and extended to every direction both domestically and internationally, the recent construction of a light rail network within the city has made metropolitan transportation even easier.

Tianjin has a comprehensive public transport system that includes buses, a developing subway network and a small light-rail system. While the subway and light-rail have yet to be completed and also consist of a few lines running from the middle of the city to its northern suburbs the public bus network is well-developed and runs to all major tourist destinations.

Five major national highways pass through Tianjin that connect the city in all directions, in total these roads carry over 190 million tones of goods every year as well as 15 million people.

Tianjin has mainland China's largest working port in a harbor that stretches 10 kilometers across and covers a total area of 200 kilometers, there are over 140 berths for both cargo and passenger ships.

Tianjin has a Binhai International Airport located 13 kilometers outside the city and 134 kilometers away from Beijing. Frequent flights to all main centers within China fly out of Tianjin as well as selected international flights to neighboring countries such as Korea, Japan and Russia.