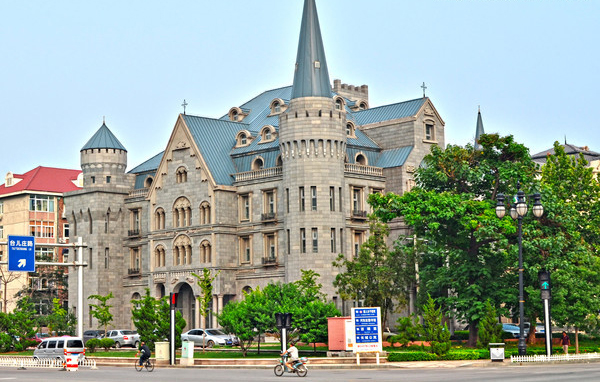 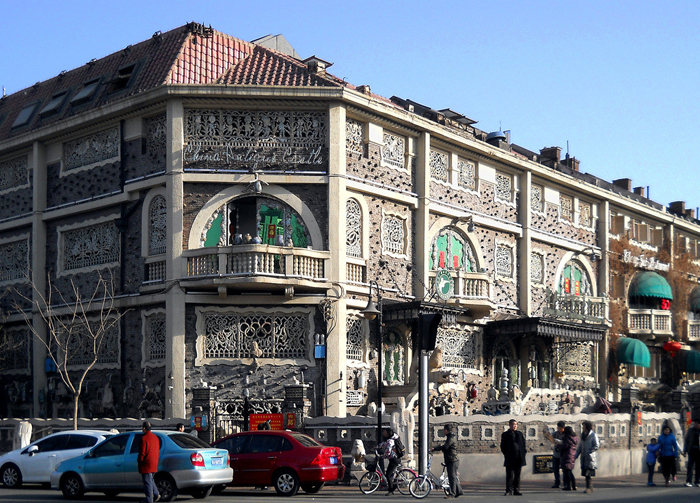 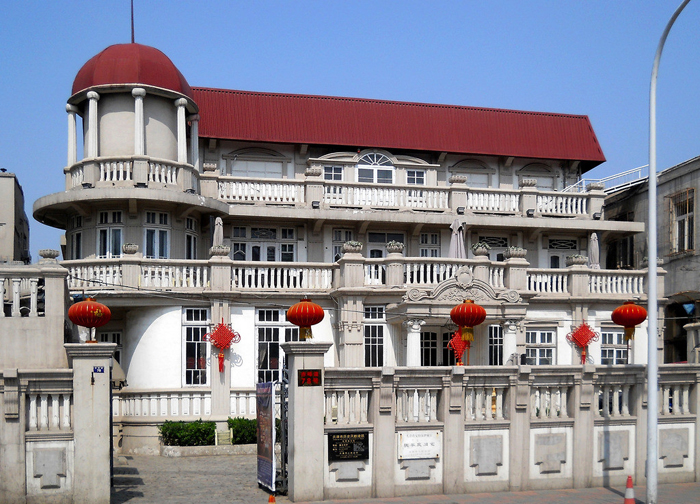 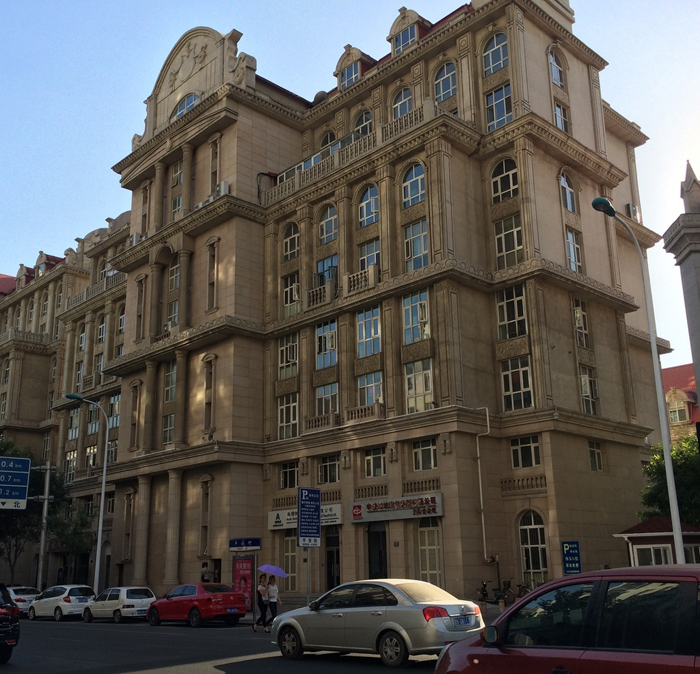 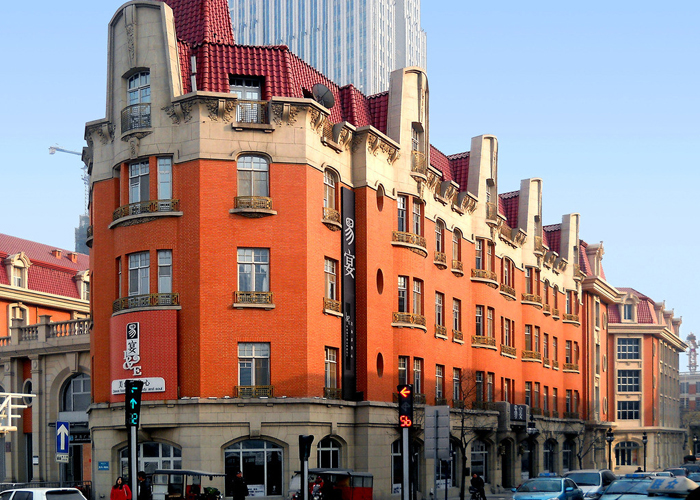 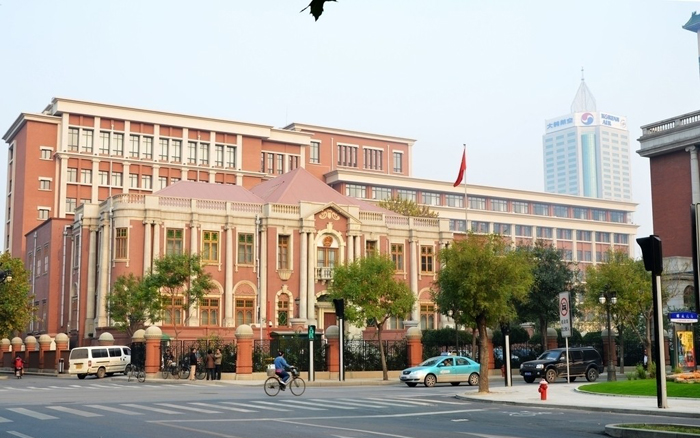 Location: at southeast of the old city proper of Tianjin
Opening time & ticket: all day long without entrance fee
How to get there:
- walk for about 500 meters to the bus stop of "Tian Jin Zhan (天津站)" from the Tianjin Railway Station, take bus No.802 and get off at "Jing Jin Qiao Zhan (京津桥站)" , and transfer by bus No.863 and get off at "Yi Bai Xiao Qu (宜白小区)", then walk for about 100 meters and the Italian Concession will be found by the Haihe River.
- if you depart from the North Tianjin Railway Station, take bus No.670 or 671 and get off and the Tianjin Department Store, then walk towards the direction of Quan Ye Chang (劝业场). The French Concession will be found after getting across the Jin Zhou Dao (锦州道 Jinzhou Street).

The Old Concession in Tianjin was a leased territory that Britain, France, America, Germany, Italy, Russia, Japan, Austro-Hungarian Empire and Belgium won from China between 1860 and 1945 due to historical reasons. In 1860, it was Britain that first set up a foreign settlement in Tianjin and as many as 9 countries did it at fastigium. Being one of the foreign concessions in China, Tianjin Concession was one of the first ones recaptured by Chinese government. It is treated as the media of western and traditional Chinese culture as well as an important constituent part of the multiple Tianjin culture. Being a highly prosperous city of North China at recent centuries, it witnessed the boom and adversity of the city. To this day, many foreign style buildings are still well-protected, representing the old flavor of that period. 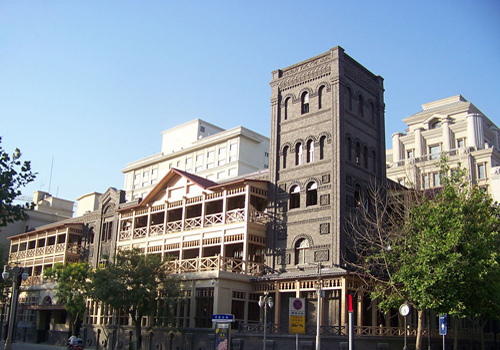 The British Concession, founded in 1860, was the earliest one among all of the concessions in Tianjin. It stretched primitively to the west bank of the Hehai River in the east, to the Zhangde Road in the south, to the Dagu Road in the west, and to the Yingkou Road in the north, and afterwards was expanded for three times and adjoined the French Concession, occupying over 4,000,000 square meters as the largest among all. After winning the Anti-Japanese War in 1945, the Chinese government officially regained the British Concession. 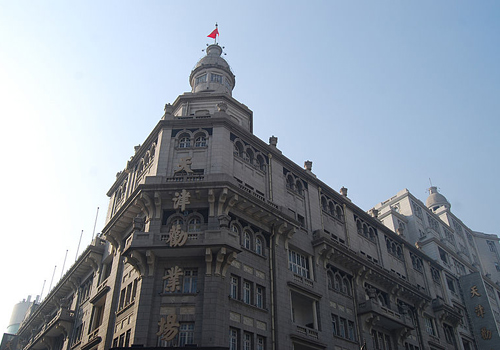 The French Concession was established in 1860 after the British, spanning to the west and south banks of the Haihe River and the Dagu Road and abutting the British Concession. At the very beginning of this colonial period, foreign trade in Tianjin was still under development, only few buildings were constructed inside the British Concession and there were no other French organizations except a religious building inside the French one. The French Consulate was set up near the Gongbei Street and main France activities were held at the Wanghailou Catholic Church. This concession returned to China at the same year as the British one.

American Concession
It was founded approximately in 1862, to the west bank of Haihe River in the east, to the Kaifeng Road, to the Dagu Road in the west and bordering the British one in the north, with an area of some 90,000 square meters. After the delimitation of the territory, America was absorbed in its Civil War (1861 -1865) and abandoned its concession in Tianjin. However, this previous American concession was incorporated into the British one unilaterally by the two powers without consultation with China. The America still kept some of its rights inside the territory, but actually it became the extension of the British Concession.

German Concession
Germany had its concession in Tianjin from 1895 to 1917, to the Hehai River in the east, to the Xialiu Village in thesouth, to the East Dagu Road in the west and neighboring the former American one in the north, totaling 700,000 square meters. But Germany uninterruptedly expanded southwestward and occupied the previous Beiyang School of Western Learning (Haihe Middle School today), the Sanyi Village, the Taoyuan Village, the East Building and the West Building, which reached over 2,800,000. After the breakout of the World War I, Chinese government announced the taking over of the territory and officially recovered it in 1921. 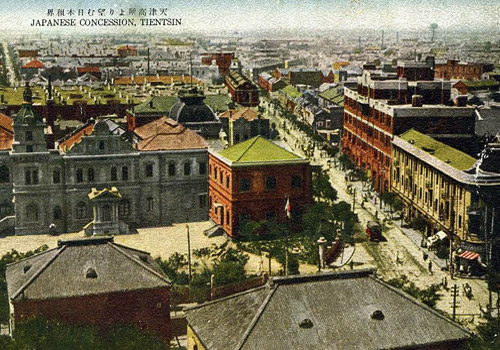 Originally set up in 1898, the Japanese Concession was delimited north of the French one and southeast of Tianjin City, with berthing wharf near the Xiaoliu Village. After the Eight-Power Allied Forces occupied the city, Japan expanded its concession step by step on a large scale. The territory was finally returned to China as well as other occupied areas.

The Russian Concession was set up from 1900 when the Eight-Power Allied Forces aggressed against China and Russian occupied the Tianjin Railway Station and a large area near the left bank of the Haihe River. The territory was divided into two sections by the train station area: the west one on the north bank of the river (to the west of the train station in the east, to the Wujing Road in the southeast and to the Jingshan Railway in the north) and the east one (from the bend of the Haihe River to the Shiwujing Road in the south, to Jingshan Railway in the east and separated from the British, French, American and German ones by the river in the west), covering almost 4,000,000 square meters. After the 1917 October Revolution, the Soviet Russian government recanted all of its privilege in China, including concessions. The Russian Concession in Tianjin was officially taken back to China in 1924 after negotiations between the two countries. 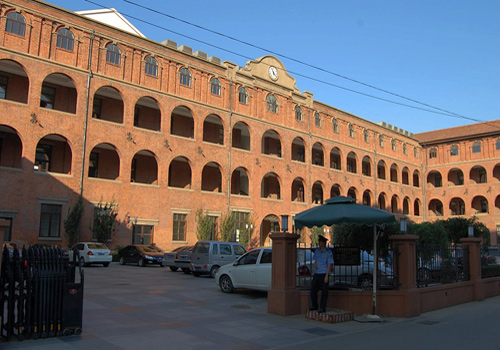 This concession was founded in 1902 when the Italian army captured the left bank of the Haiher and the western area of the Russian Concesion during the time the Eight-Power Allied Forces invaded China. It stretched to the Xinglong Street along the Jingshan Railway to the Russian one in the northeast, to the Wujing Road in the south, to the bank of Haihe River in the southwest, and from the Beian Road to the Xinglong Street in the northwest, about 500,000 altogether. The regain of this territory happened in 1945 with China's triumph in the World War II.

Set up in 1902, the territory was occupied by the Austro-Hungary army in the same year as Italy won its concession in the city. It arrived to the Jingshan Railway in the east, to the Beian Road in the south, to the Haihe River in the west and the Shizilin Street in the north, totaling over 666,667 square meters. It returned to China in 1919 after the breakout of the World War I. 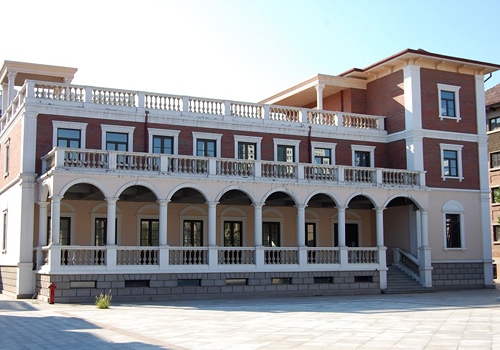 The Belgian Concession was demarcated by its army in 1902, located on the left bank of the Haihe River as well. It extended to the Dazhigu Village in the east, to the Xiaosun Village in the south, facing the river in the west, and abutting with the Russian Concession in the north. In addition, Belgium had also delimited another territory from the Dazhigu Village to the Jingshan Railway. The Belgian Concession in Tianjin was not developed by Belgium and it regressed to China in 1931 through negotiations between the two countries. 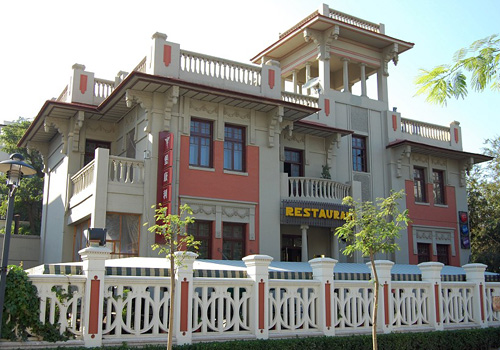 The architectures in Tianjin presented an unprecedented feature of variety with densely exotic atmosphere. Analyzed on time and styles, the buildings can be classified into three stages approximately.

The first stage (1860-1919): majoring in the architectural style of that in the medieval times. For example, the building of German Consulate was designed of Germanic dwellings and the Xikai Church was built in 1917 in Romanik style in the French style.

The second stage (1919-1930): classicism and eclecticism emerged in the style of constructions in the concession region. In around 1919, big banks, foreign firms, shopping malls, hotels, recreation buildings, high–grade residences with gardens appeared in succession. Most of the banks were constructed in the British and French concessions in western classic style, e.g. the classicist Maijiali Bank with Ionic orders; and hotels amassed on the surrounding area of the Quanyechang with eclecticist style. For example, the Quanyechang itself was designed with cornices and ornaments of classical revival, but its doors and windows give a sprightly sense.

The third stage (1930-1945): style of modern time can be seen in the structures built during this period. Influenced by the Modern Movement in Europe and America, architects replaced the classic style instead of concise and free styles, stressing on the senses of volume and sculpture. The Lihua Building, Bohai Building and China Grand Theater are the outstanding representatives among the architectures of this period.